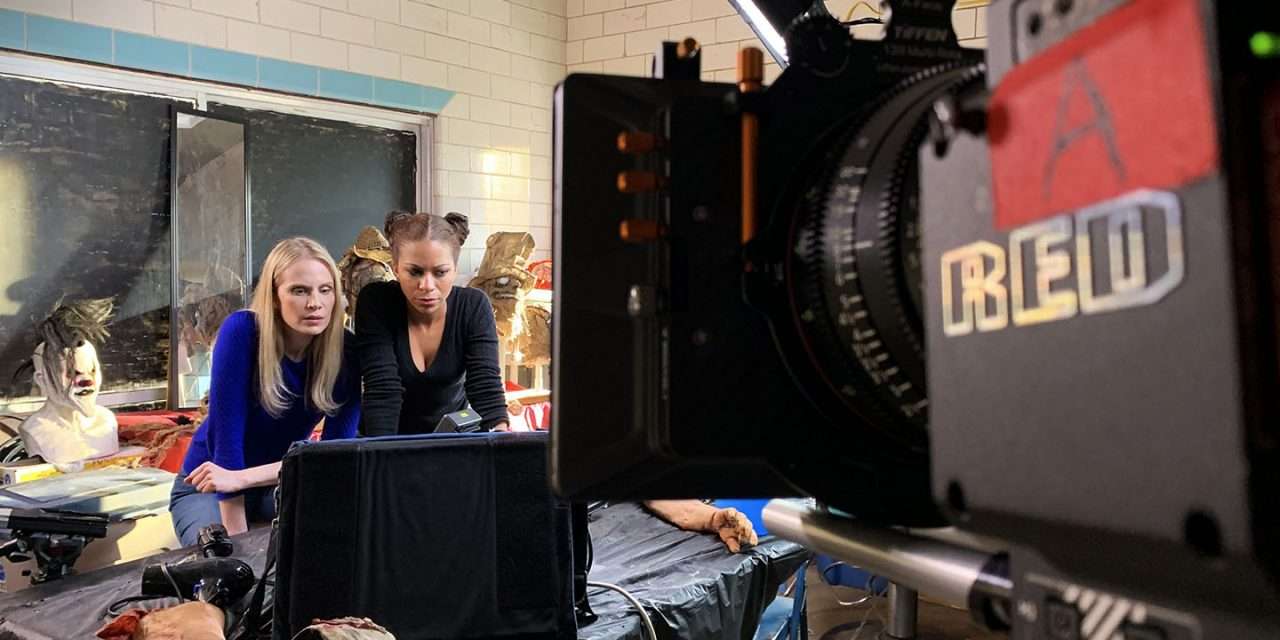 The horror film Hellbilly Hollow plays tonight at the New York City Horror Film Festival. The film is from director Kevin Wayne and producer Kurt Deimer, and I am one of the lead actors in the film along with Wayne, Deimer, Megan Weaver, Trey Miller, and Keller Fornes. I play a paranormal investigator with a Youtube show who travels with her paranormal “scream team” to a haunted hayride attraction in the south run by two psycho brothers.

The movie was set at a real Halloween attraction in Alabama that is also called Hellbilly Hollow. We filmed most of it on location at the actual attraction.

Watch the newest trailer here, but I should warn you that this one is clearly not approved for all ages. There are a few gory clips as well as some semi-spoilers in it:

If, like me, you aren’t in NYC tonight, you can still watch the movie. There will be a virtual stream of it available for a limited time. You must purchase the movie by 11:45PM EST Tuesday night 12/6/22. After you purchase your ticket, you’ll have 48 hours to finish watching the movie.