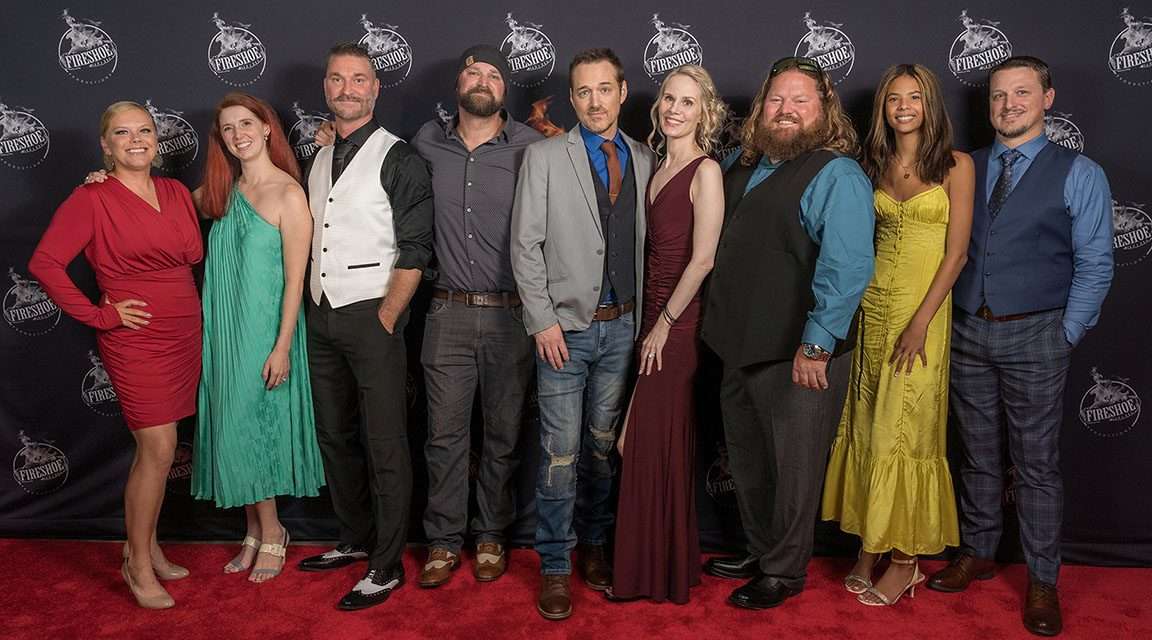 If you’re a fan of Bigfoot (a.k.a. Sasquatch), add my Bigfoot comedy to your list of upcoming must-see movies: Bigfoot Killed My Wife.

This film was produced by my production company Fireshoe Productions, which I own with Eric Colley. Eric directed the film from a script that I wrote, which was based on a story we came up with together while sitting in a hot tub at a resort on the Washington coast… because that’s what filmmakers do while on vacation: They brainstorm their next movie!

Eric and I play two of the leads amongst a cast of great actors who portray a variety of wacky characters. The film was temporarily shut down when the pandemic hit the USA in March 2020, but we rallied and finished it this summer.

The movie hasn’t yet been released to the public, but we’ve released the first trailer:

Earlier this fall, we also held a private red carpet screening for cast, crew, and special guests. This is not the first premiere that Eric and I have hosted, but it was the first time we’ve held a premiere for a film in the comedy genre. It was so much fun to watch the movie with a large audience and hear everyone’s laughter. It’s also a surefire way to tell which jokes really packed the most punch.

The movie’s website is also live. If you pop over there, you’ll find all kinds of fun stuff including photos, behind-the-scenes info, easter eggs, merchandise, and more:
www.BigfootKilledMyWife.com