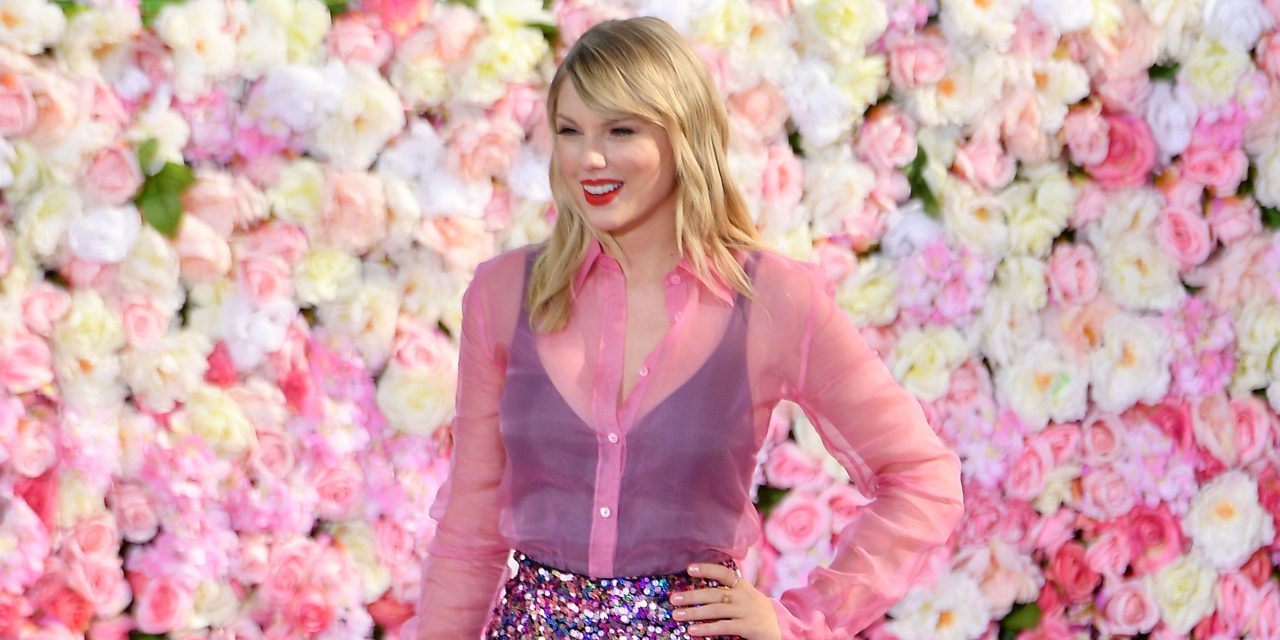 Last week, to frenzied anticipation and often comical conjecture about the nature of the songs, Taylor Swift dropped her seventh full-length album: Lover. The album is aptly named, as the bulk of the songs are about falling in love, being in love, or working to hold on to said love.

Taylor released the first single off of the album last April, a frothy candy-coated pop spectacle called “Me!” which I wasn’t in love with. After her last album Reputation, which featured several darker songs, I understood why she wanted to come out of the gate with a new song that ushered in a happier era of Swiftdom. But lyrics like “Hey, kids. Spelling is fun!” and “There ain’t no I in TEAM, made the song sound like it belonged in an animated children’s movie.

Luckily, I was much more on board with the catchy, addictive second single “You Need to Calm Down” (not to mention encouraged by how so many people, especially the younger generation, embraced the messages in it). I got a kick out of texting my sister (fellow Swiftie) voice memos of me mimicking the lyrics, “And I’m like dammmnn. It’s 7AM.”

But it was the release of Taylor’s first promo single “The Archer” and her third official single “Lover” that got me very excited for the album. (The difference between promo singles and regular singles is that promo singles are not serviced to radio and do not have accompanying music videos).

“The Archer” is powerful in its musical subtlety with introspective, mature lyrics about taking responsibility for one’s own part in the success or demise of relationships (of all kinds).

“Lover” has a beautiful bluesy throwback feel with a passionate chorus that blooms and swells. I think that it’s one of the best choruses Taylor has ever written. 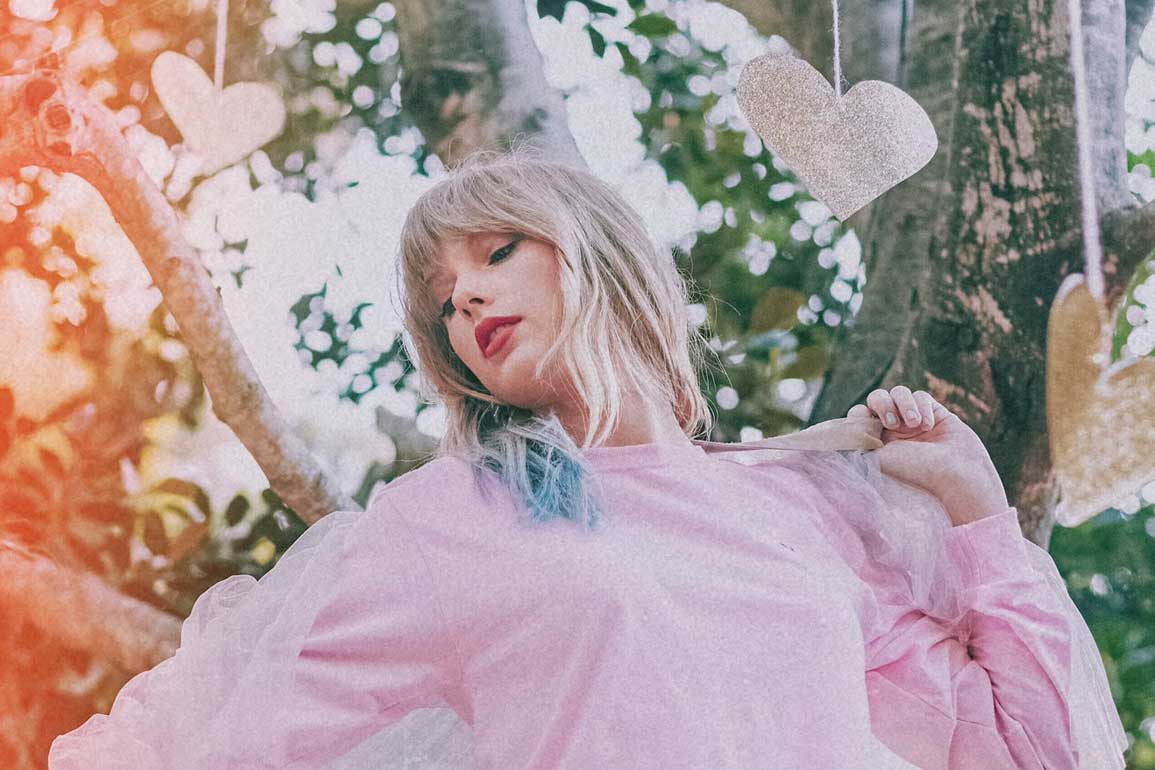 Overall, Lover is an album with variety, similar to how her 2012 album Red portrayed a wide range of musical styles. Lover is more of a straight pop album though, with many songs similar in style to her 2014 album 1989.

One of the things that differentiates Lover from all of Taylor’s other albums is the perspective from which she writes these songs. Just shy of thirty years old and in the midst of a serious romantic relationship, many of Taylor’s new songs reflect the lessons she’s learned along the way.

That said, when the first song on the album “I Forgot That You Existed” cues up, you might be quick to assume otherwise. A critic could easily roll his or her eyes and say, “Here she goes again, writing a song about someone who did her wrong!” Except that would be missing the point. This song has feel-good undertones to it with a bouncy musical arrangement and lyrics that speak not to revenge but to the relief of being free from a toxic relationship (in this case, likely a friendship). And I don’t think it’s a coincidence that it’s the very first of the eighteen tracks. I see that as a deliberate message: Now that I’ve gotten that song out of my system, let’s move forward and explore love in all its different shades.

Lover contains a range of sounds, with several tracks standing out as atypical: It has the R & B flavors of “False God,” the strange and haunting track “It’s Nice to Have a Friend” that feels more like spoken word than singing, and the fast-paced diddy “Paper Rings.” That last song is actually a callback to Swift songs of the past that feature fast lyrics set to driving musical undertones (think 2010’s “The Story of Us” or 2012’s “Holy Ground.”)

Now let’s get to my favorite tracks on the album. In addition to the sublime songs “The Archer” and “Lover,” here are my other album highlights, which can be enjoyed with or without a knife:

“Cruel Summer”
This cool and passionate track is pop music at its very best. The song contains strong synthesizer sounds reminiscent of Reputation, but the key here is that those sounds don’t overpower Taylor’s voice. Rather, they add to her intensity as she takes us through the pulsing verses into the gorgeous layers of the chorus into that forceful bridge. When she shouts, “He looks up grinning like a devil!” it hits you in the gut.

“I Think He Knows”
This uptempo pop gem is catchy as hell. The lyrics are clever, sassy, and sweetly sexy. You’ll be singing, “I want you, bless my soul” for days…

“Cornelia Street”
One of the longer tracks on the album, this is a mid-tempo reflection about how the places associated with our memories of love carry such weight for us. It’s a simpler musical arrangement, but that doesn’t undermine its addictive properties: those rhythmic drum beats will have you swaying to the heartfelt lyrics.

“Miss Americana and the Heartbreak Prince”
Lana Del Rey fans will like this one (and I’m a big Lana Del Rey fan). It has a dreamy, moody tone to it, and it’s loaded with metaphors that use high school to paint a broader picture of life, relationships, society, media, and politics: “The whole school is rolling fake dice. They play stupid games; you win stupid prizes.” If you’re sixteen years old, you’re probably going to listen to lyrics like that in a very literal sense, and that’s part of what makes this song so dang smart. It appeals to all ages.

“Death by A Thousand Cuts”
I love a good bridge, and this break-up song definitely delivers in that category. This bridge goes on and on, creating the most memorable section in the song. At minute 1:52, get lost in bridge city.

“Soon You’ll Get Better”
Many years ago, I lost a loved one to ALS. During the time he was sick and after he passed away, I often turned to music about loss and hope to find solace. This is one of those kinds of songs. Taylor’s mother has been battling cancer, and this stripped down song (featuring the Dixie Chicks) brings that experience into focus. The first time I listened to the song, it brought back a flood of my own memories. It’s not a song I anticipate listening to very much at this point in my life, but it’s one that I know I’ll find myself turning to again someday. An important addition to the album.

And there you have it: those are my highlights of the Lover album! It’s too soon for me to tell how this album stacks up against my two favorite Taylor Swift albums (Red and 1989), but it’s most definitely in the running for the top spot.

Share your own thoughts on the Lover album in the comments section below!