The US Women’s National Soccer Team has done it again today, bringing home the World Cup trophy! WHAT A TOURNAMENT. Play was top-notch and exciting in so many of the games with so many of the different countries that competed.

US team co-captain (plus Golden Boot and Golden Ball winner) Megan Rapinoe came through when it counted. However, my favorite USA players of the tournament were Kelley O’Hara and Rose Lavelle.

O’Hara was consistent and tough at outside back, making smart decisions again and again. She was also dangerous on her runs up the outside, and her precise crosses assisted more than one goal.

Lavelle was calm under pressure, and she was extremely quick and innovative on the dribble to open up space. She also kept good shape in the midfield, giving her teammates reliable passing options. She always chased back hard when the opponent counterattacked. And how about that rocket of a left foot? Two of the best goals in the tournament – including in the 2-0 World Cup Final win – were outside strikes from Lavelle. At only twenty-four years of age, Lavelle’s professional career is just getting underway. I’m excited to watch her grow over the next decade plus. 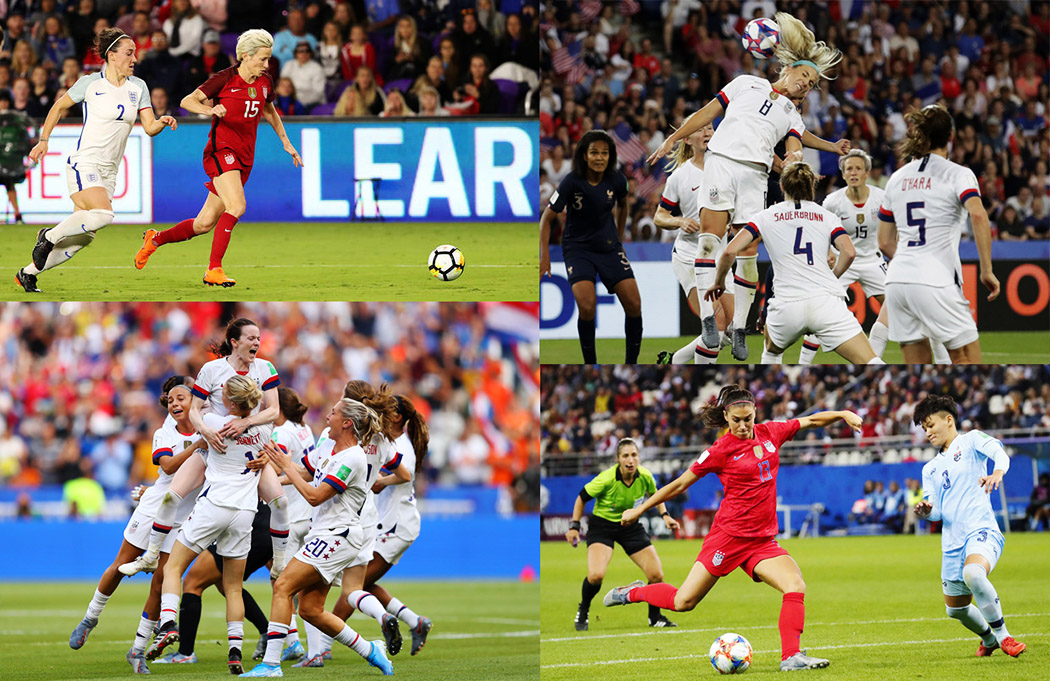 With the trophy now ours, the next challenge is the team’s fight for pay equality. Since Women’s World Cup was introduced in 1991, the US women’s team has won four of eight trophies. By contrast, in recent decades, the farthest that the US men’s team has advanced is the quarterfinals, and they didn’t even qualify to play in the 2018 World Cup.

The women’s team has also won four of six Olympic Gold medals. The highest the men have placed in recent decades is fourth.

Both the men and the women often sell out stadiums for big matches, and the women generate revenue for US Soccer that is on par or even surpasses the revenue generated by men. For example, during post-World Cup Win Victory Tours, the women’s team revenues are higher than that of the men’s team. Yet the male players receive higher salaries and bigger bonuses for wins than the female players receive.

So it’s no surprise that in March 2019, the women’s team players filed a federal lawsuit against US soccer, alleging “institutional gender discrimination.” The federation did not opt to settle, which means the case will be decided in court. After today’s final whistle, you could hear the chants in the stadium from the fans: “EQUAL PAY!” I truly hope the court sees it the way the people do.

The US Women’s National Team soccer players inspire so many people. When they step on the field, they aren’t just representing the USA. They are representing women. They are showing the world that women are just as tough, confident, calm under pressure, and determined as men are. They also spark important conversations about the social double standards inflicted on women. For example, many people criticized the US women’s team during this World Cup for “over-celebrating” their goals. But  how many times have we watched male athletes put on even larger displays of celebration, going far beyond anything I saw the women do in the tournament? Too many times to count. Our society gives leniency to male athletes, allowing them to celebrate unabashedly with little criticism. But when women do the same thing (or less), they are vilified. All that noise and the criticism didn’t bother our women’s team though. They stayed focused, and they delivered the wins. 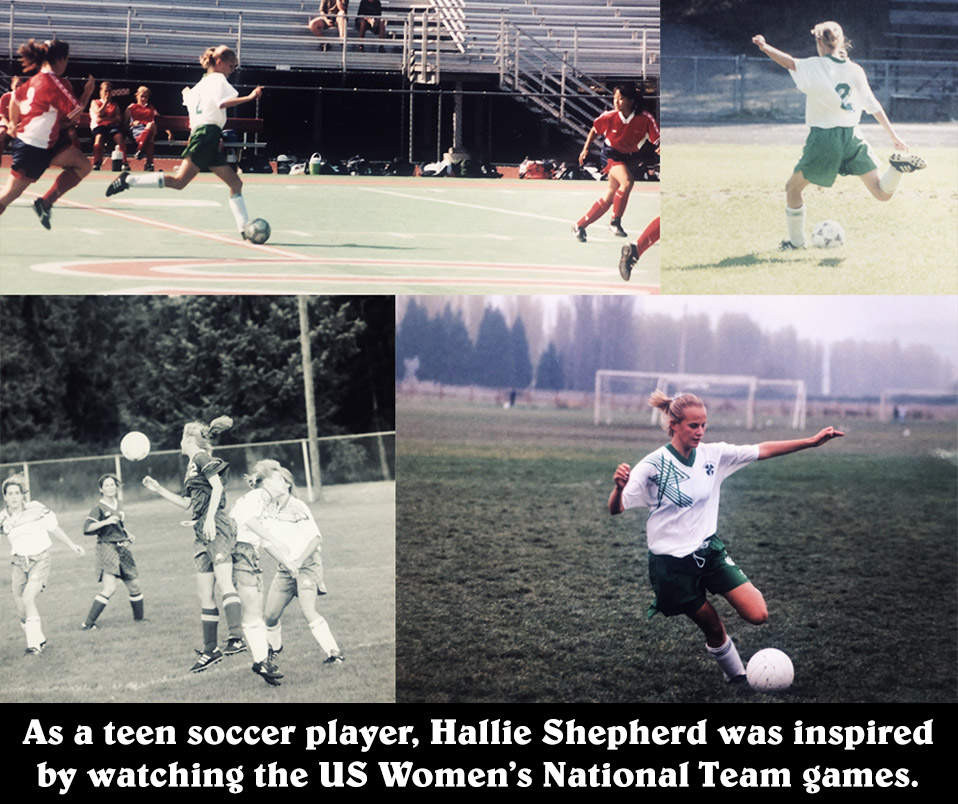 Ultimately, the women on the USWNT (and all the women who competed in this year’s tournament) are ushering in change. The Women’s World Cup games dominated the sports channels throughout the entire last month. It wasn’t so much that it was a great women’s tournament. It was celebrated as a great sports tournament. Regardless of gender.

Last Saturday, I was sitting in an airport sports bar watching a Women’s World Cup match. Six of the nine televisions in the bar were playing the game. Plenty of people – men and women – were glued to the screens. I felt a wave of emotion as I looked around and saw how far women’s sports have come. It affected me because I grew up with athletics as a major cornerstone of my life (playing and watching). And it affected me because I still vividly remember my frustration during the 1996 Olympics when Mia Hamm and crew won the gold medal, and only a portion of the game was even aired on TV. And there I was twenty-three years later, sitting in a sports bar, and the main game on the screens was women’s soccer. Not even a match with our country’s team. Not even a final. No, it was Sweden versus Germany. It was a quarterfinal match. And everyone was totally into it.

More change is coming, not just equality in women’s sports but equality for women, period. Our USA players are some of those leading the charge. They’re inspiring change with their actions, both on and off the field. And just like they don’t give up when the game is on the line, I’m confident they won’t give up in the upcoming court battle.