Documentary Films and Docu-series for Everyone 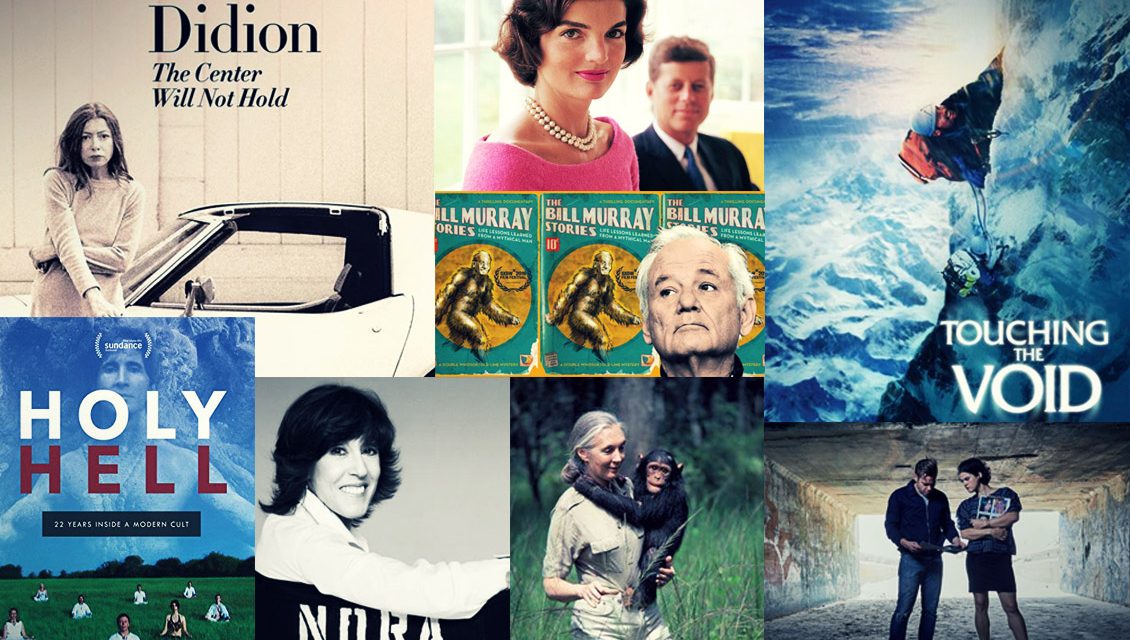 There are so many great documentaries out there, but if you’re like me and you have subscriptions to multiple networks and streaming platforms, it can be overwhelming to even try to make a choice about what to watch next.

Well, friends, you can sit back and chill, because I’ve compiled a comprehensive list of documentaries for you to check out. Most of these were released within the last few years, and I guarantee that there is something for everyone on this list. Enjoy!

If you’re looking for a WTF Highly Entertaining Train Wreck, I recommend these films:

Fyre: The Greatest Party that Never Happened
The Inventor: Out for Blood in Silicon Valley 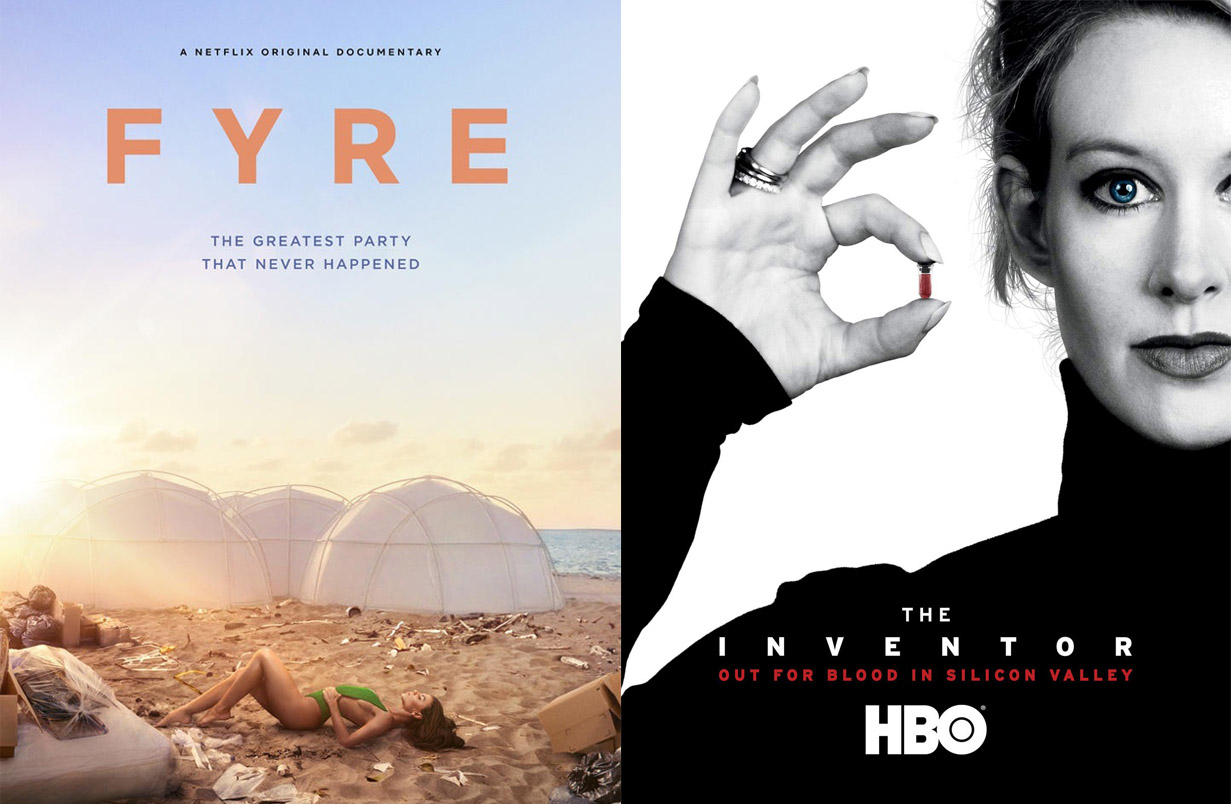 I was completely captivated by the WTF-were-these-people-thinking factor with both of these films! In Fyre, New Jersey hustler Billy McFarland and rapper Ja Rule create a music festival that promises to be the most luxury concert experience ever. In The Inventor, Stanford dropout Elizabeth Holmes and her company Theranos promise to revolutionize blood testing and save lives. Did either of these CEOs fulfill their promises? Hell, no! These horrible, shocking, ridiculous cases of fraud are unveiled in these two highly entertaining documentaries.

If you are a creative soul, I recommend these films: 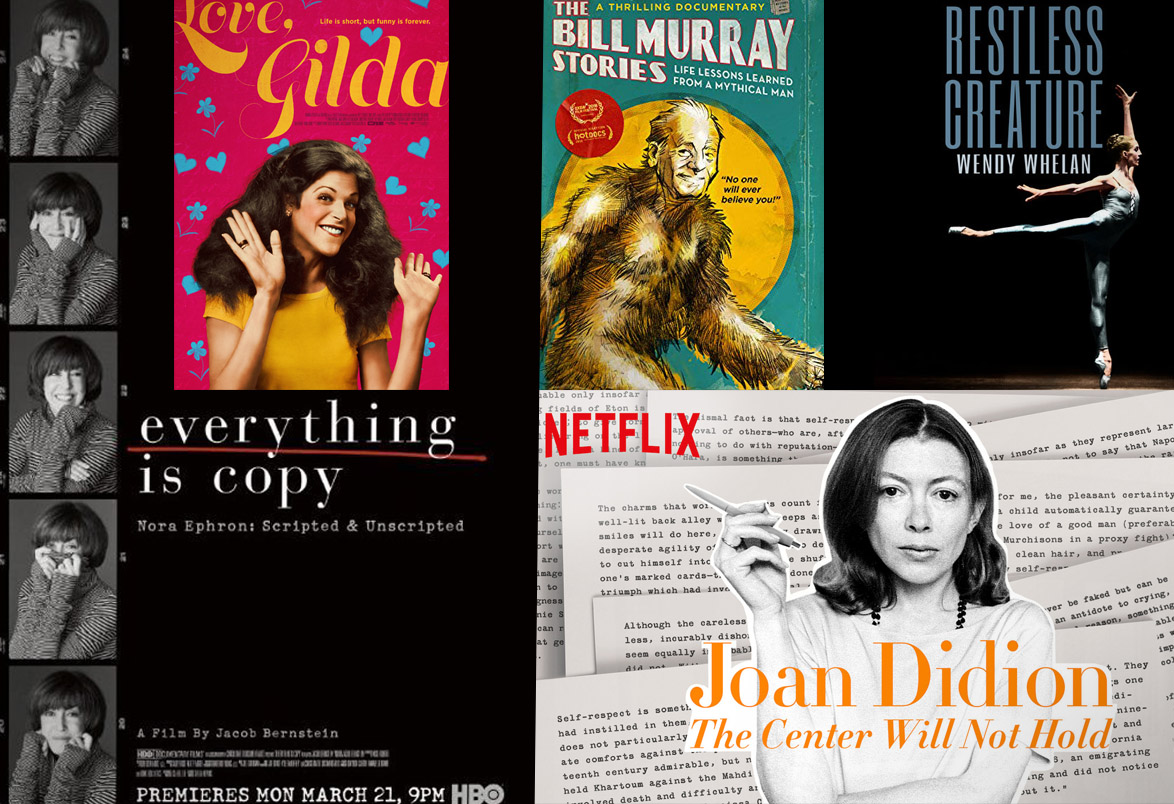 Everything is Copy uses home videos and interviews with family, friends, and colleagues to explore the life and legacy of the late screenwriter, filmmaker, journalist and author Nora Ephron. She was a creative who did not pull any punches when it came to sharing her opinions and using the inspiration of her own personal life to fuel her fictional stories. Similarly, The Center Will Not Hold explores the life of Joan Didion, a novelist, memoirist, news journalist, essayist, and playwright. This documentary about her life and writing is inspiring, fascinating, sometimes heartbreaking, occasionally funny, but ultimately life-affirming. There is a  lot of archival footage, past and current interviews with 83-year-old Didion, and excerpts from her writing, which you get to hear her read in her own voice. Writers definitely need to watch these two!

If you’re an actor or you just love comedy, you’ll enjoy The Bill Murray Stories: Life Lessons and Love, Gilda. Both Bill Murray and the late Gilda Radner are part of the original cast of Saturday Night Live. The Bill Murray documentary is a collection of stories from people who have had random and unexpected encounters with the actor. The Gilda Radner documentary explores her life and career with plenty of diary entries, home video footage, archival TV and movie footage, and interviews with loved ones. It also gives you an intimate look into her battle with cancer and her death from the disease. Have tissues handy for this one!

If you have a love of dance or you find the mysterious world of professional ballet to be interesting, try Restless Creature: Wendy Whelan. This film pulls back the curtain on the ballet world as it follows the world-renowned ballerina Whelan while she battles an injury (surprisingly, her first!) and rallies to perform a final season (at age 46!) with the New York City Ballet.

If you love animals and nature, I recommend these films:

Jane
Before the Flood 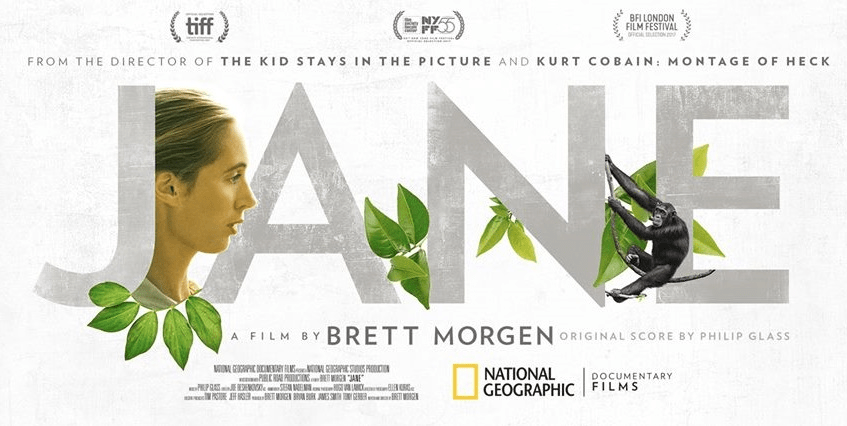 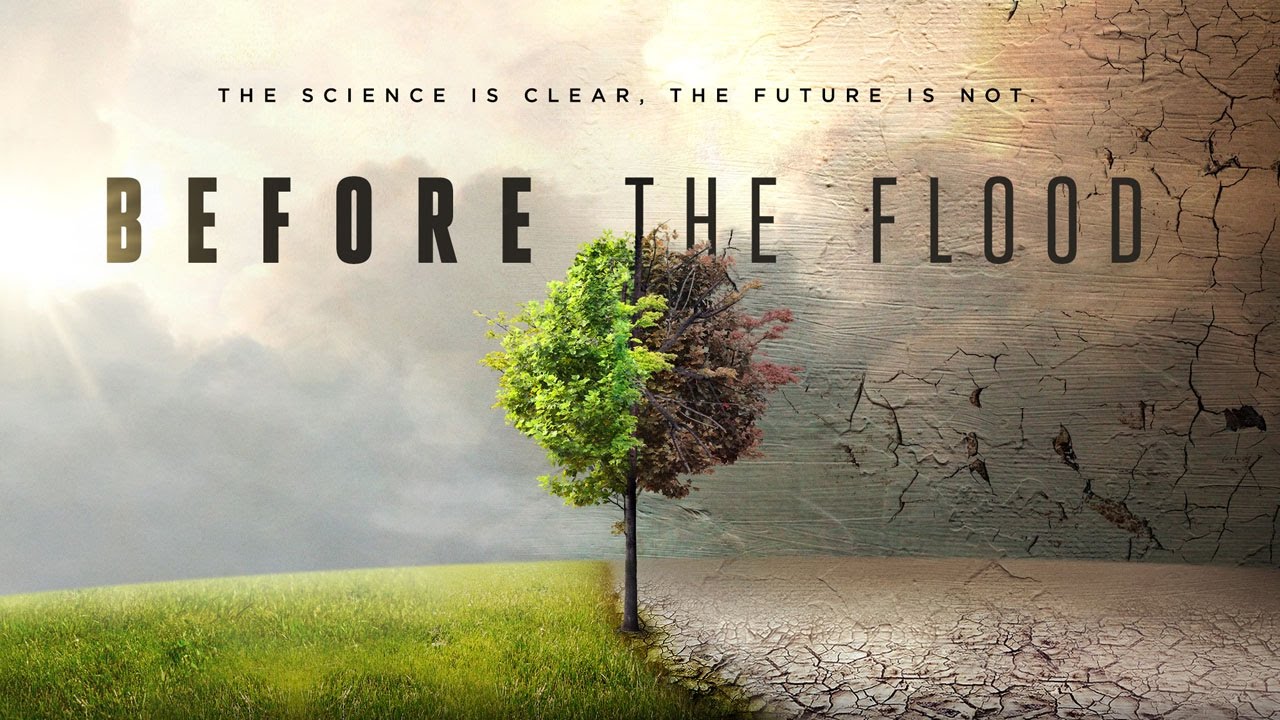 Jane follows primatologist and anthropologist Jane Goodall, who is most famous for her groundbreaking work studying the social interactions of wild chimpanzees. The documentary is jam-packed with never-before-seen footage of Jane doing her early explorations and research in Tanzania with the chimpanzees alongside her cameraman and husband Hugo van Lawick. It also includes recent interviews with Goodall.

If you’re concerned about the dire state of the planet or you just feel that the topic is overwhelming and confusing, watch Leonardo DiCaprio’s well-done documentary Before the Flood. You will learn so much about climate change and what we are (and are not) doing to solve it. While the subject matter is downright alarming, the scientific information in the film is easy to understand (and interesting), and it actually has a hopeful note in that it presents real solutions. It also compares the United States’ policies and stats to that of other countries (sadly, we are way behind). In this documentary, DiCaprio takes you around the world as he delves deep into this topic and searches for solutions.

If you want to feel inspired, I recommend these films: 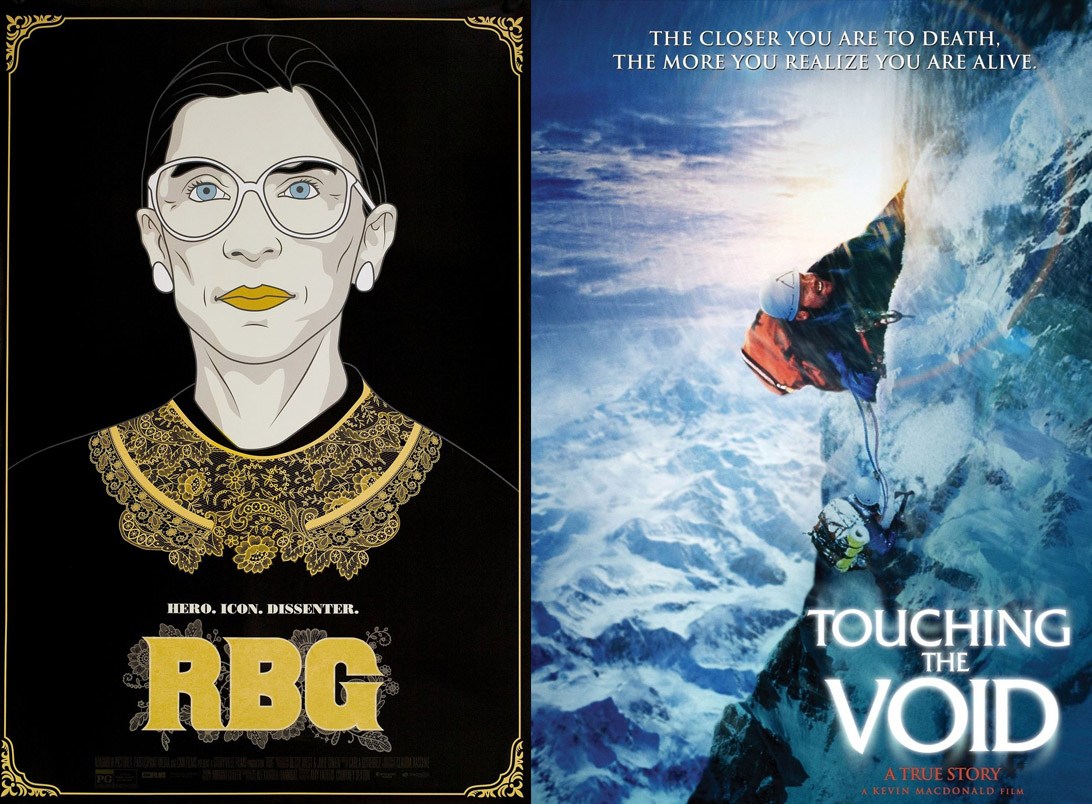 Regardless of your political affiliation, RBG will surely inspire you as it follows the life of Supreme Court Justice Ruth Bader Ginsburg, who fought for gender equality and women’s rights, winning multiple victories arguing before the Supreme Court (which she was eventually appointed to in 1993!). This documentary shows you exactly how Ginsburg earned her nickname “The Notorious R.B.G.” She broke down barriers; her work quite literally enacted change that everyone benefits from today. If you love this documentary, I also recommend that you watch the well-done dramatized feature film version of Ginsburg’s Life: On The Basis of Sex starring Felicity Jones.

Touching the Void is the oldest documentary on this list (it’s from 2003), but it’s so good that I had to include it. This film tells the disaster/survival story of British climbing partners Joe Simpson and Simon Yates as they are scaling the Siula Grande in the Peruvian Andes in 1985. First, Joe breaks his leg. Second, the men are hit by a severe storm and Joe falls into a deep crevasse. Simon, believing his climbing partner is dead, makes his way off the mountain. This documentary combines interview footage with the climbers and stunning, heart-stopping reenactments of the event. I won’t tell you everything, but let’s just say that the crevasse is not the end for Joe, and the story that unfolds is incredible.

If you are a history buff, I recommend this limited series: 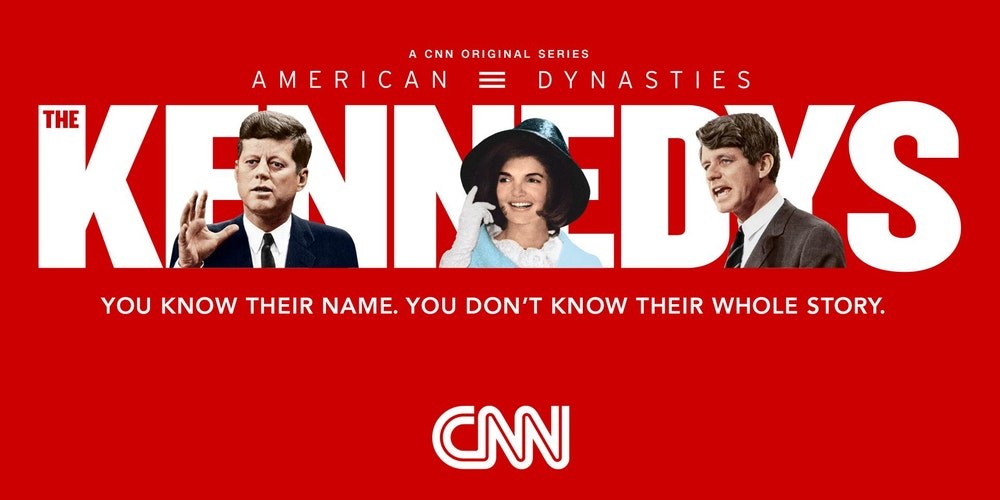 Originally airing on CNN, this limited series narrated by Martin Sheen is a fascinating look into the political and personal lives of the Kennedy clan: their accomplishments, their tragedies, their strengths, and their shortcomings. The series includes never before seen footage (the Kennedys filmed a lot of home videos). The series manages to blend the perfect amount of historical information with shiny imagery and insider details. I reviewed this documentary more in depth in another one of my blog entries, which you can check out here.

If you find religious cults to be fascinating, I recommend this film: 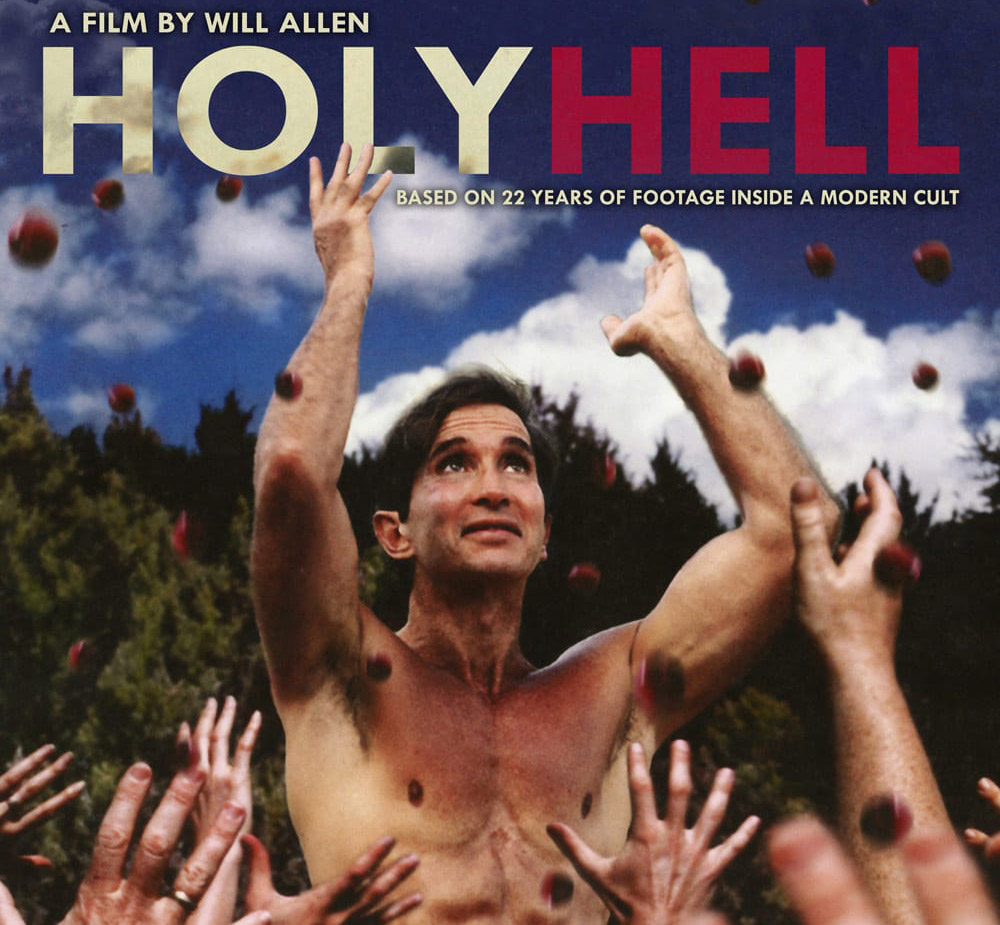 Part of what makes Holy Hell so incredibly fascinating is the massive amount of footage from inside a cult called The Buddhafield. For over twenty years, one of the cult members documented the activities of the leader and his followers. Normally with cult documentaries, you get minimal footage of the actual cult. Rather, you have interviews with ex-members intercut with stock footage or reenactments. This is the real inside stuff, and it’s seriously strange.

If you want to explore the alarming culture around sexual abuse and sexual assault, I recommend these: 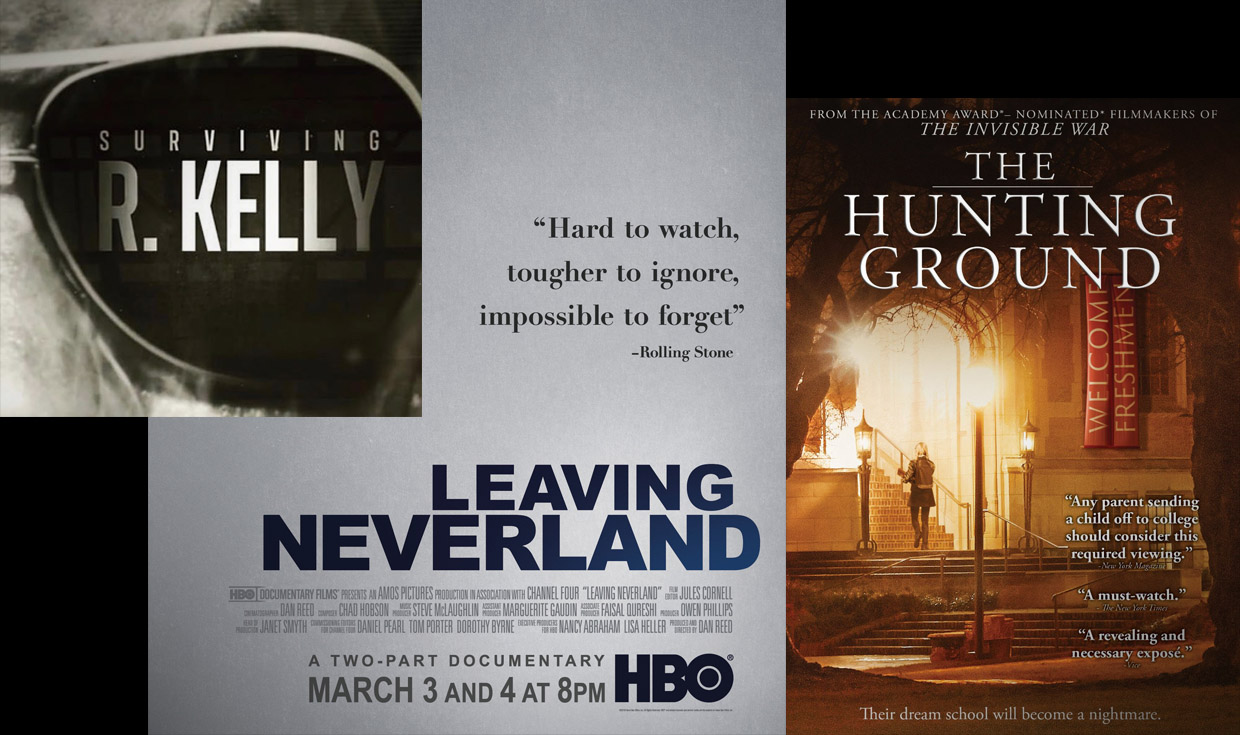 The Hunting Ground is a film that explores the rape culture on college campuses: the actual rapes, the cover-ups by school administration, and the harassment that victims often endure for speaking out. This film focuses primarily on schools with Division 1 sports programs and Greek systems, because those schools rely heavily on support of their sports teams to make the school money as well as alumni donations (often from former fraternity members of the very fraternities that are known for sexual assault). Thus, these schools have a stake in covering up their true sexual assault stats and silencing victims. This documentary shows again and again that so many of these schools do exactly that. Eye-opening and shocking.

Leaving Neverland caused quite a media uproar when it was released last month. Many of Michael Jackson’s most steadfast fans were enraged by this HBO mini-series that focuses on two men, Wade Robson and James Safechuck, who state they were sexually abused by Michael Jackson for many years as young boys. The two men and their family members tell their stories without sparing any details, and the documentary is augmented with tons of archival footage showing the late Jackson interacting with the boys throughout their childhood. One of the most remarkable things about this documentary is the candid exploration that Robson and Safechuck provide into the psychology and seduction that goes into sexual abuse. While both men are clearly still processing their complex feelings and experiences, they tell their stories without shame and without restraint, in a manner that I feel will help other survivors of sexual predators who grapple with the psychological ramifications of it. But don’t take my word for it. I recommend that you watch this documentary before you form an opinion on the sexual abuse cases in question.

Lifetime’s six-part mini-series Surviving R. Kelly combines large amounts of archival footage with interviews from survivors who have been raped, beaten, and held prisoner by singer/songwriter R. Kelly, best known for his Grammy-award winning inspirational song “I Believe I Can Fly” as well as his R & B songs “Bump N’ Grind” and “Ignition (Remix).” The documentary interviews some of the women who have survived his sexual abuse as well as plenty of men who worked with R. Kelly in the studio and on tour. These men detail how dozens of people (implicating even themselves) essentially enabled R. Kelly to be a sexual predator of teenage girls. After the release of this documentary series, the FBI opened an investigation into some of the claims, and in February, R. Kelly was charged with 10 counts of aggravated criminal sexual abuse.

If you like watching true crime shows, I recommend this limited series: 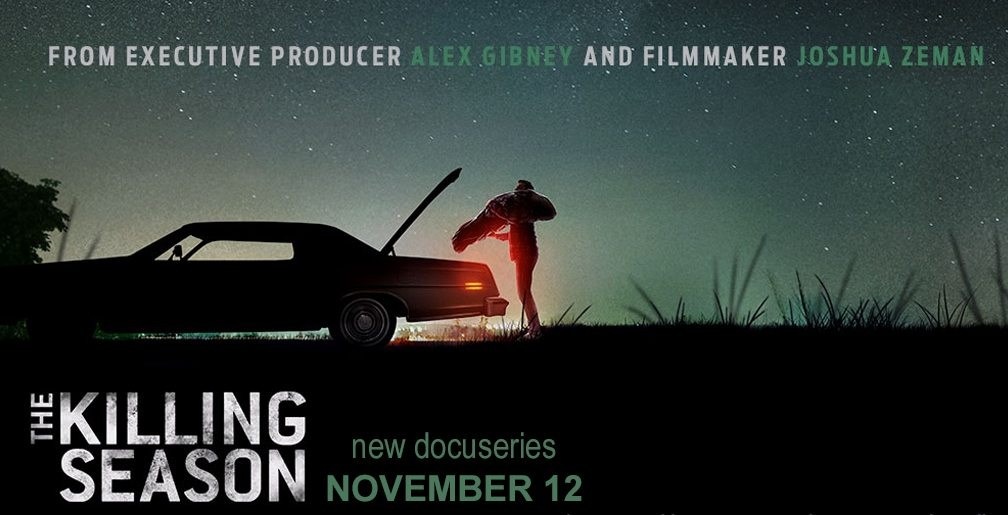 This eight-episode series follows documentarians Joshua Zeman and Rachel Mills as they launch their own investigation into the Gilgo Beach serial murders on Long Island, New York. Zeman and Mills leave no stone unturned: They team up with amateur cyber sleuths, interview witnesses, interview serial killers currently in jail, travel across the USA to explore links between the Gilbo Beach murders and other similar cases, and they provide new information and evidence to the police. It’s a very captivating, well-done series that any true crime buff will want to binge-watch.

—————-
Hallie Shepherd is a writer, actress, and film producer. Follow her on Instagram where she celebrates the stories we tell.