Why “Baby, It’s Cold Outside” Has No Place in the #MeToo Movement 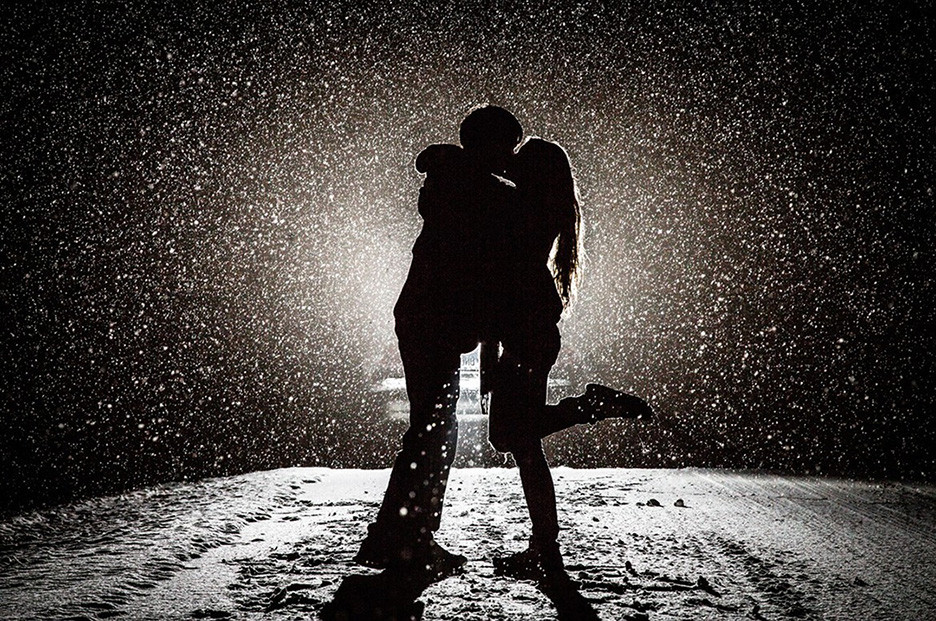 This holiday season, many people have cried “sexism,” “rape culture,” and “#metoo” over the lovely song “Baby, It’s Cold Outside.” Some radio stations, including ones in Ohio, Wisconsin, California, and Colorado, have gone so far as to ban the Christmas classic from airplay, claiming that its lyrics are offensive.

There are plenty of hurdles that women still need to overcome to achieve true equality. Getting this song off the airwaves is not one of those hurdles. Here’s why:

We live in a fast-paced, overly busy culture where too often people read the headline but skip the article and forgo the deep, thought-provoking conversations. As a result, things sometimes get misconstrued and then propagated by the masses. “Baby, It’s Cold Outside” is the latest to fall victim to this all-too-familiar madness. Critics of the song say it promotes rape culture in that it’s about a woman being pressured by a man to do something she doesn’t want to do. And maybe there’s even roofies involved…!

That is a serious misinterpretation of the song. 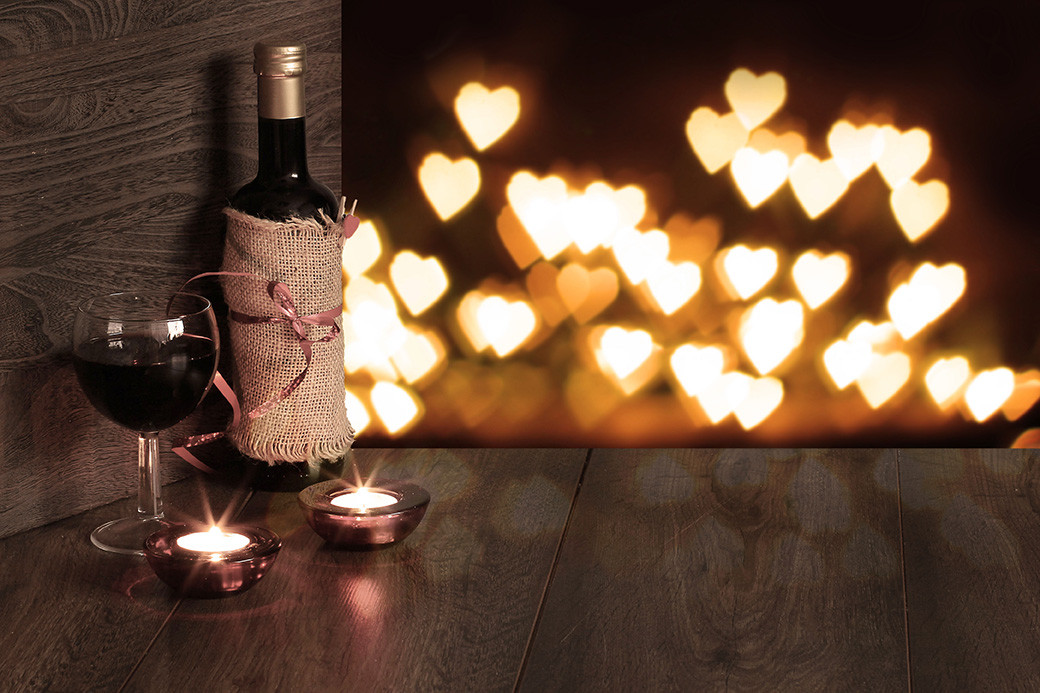 “Baby It’s Cold Outside” is a song about flirtation and attraction and concern about judgment from others. It’s a song about a woman who wants to stay with a man flirting and drinking into the night – and he’s trying to convince her to do so – but she’s concerned about what others will think about her if she does. The song was written in 1944, at a time when women had less freedom in their romantic and sexual relationships. Propriety and reputations were high priorities.

Traditionally, the female sings the part of considering whether to stay or go, and the male sings the part of enticing her to stay. That said, either gender (or same gender) can sing either part. Lady Gaga and Joseph Gordon-Levitt performed a great version at the Muppets Holiday Spectacular in which she sang the traditionally male part, and he sang the traditionally female part. You can watch the live performance here.

As for the current controversy, there is one line in the lyrics that seems to have caused the most uproar. Some people are upset about the part where the woman says, “Say, what’s in this drink?” Okay, everyone take a deep breath. The answer is not “roofies.” The answer is that in the 1940s, “Say, what’s in this drink?” was a common phrase that people said as a joke when they were behaving in some way that was out of character. It was a joke to blame your behavior on the drink, when in reality there was NOTHING in the drink. Kind of like how I sometimes say, “I must be smoking crack” when I do something nonsensical. But for the record, I’m never actually smoking crack.

Similarly, if you think that the line is meant to imply that the man spiked her fruit punch with alcohol, that translation isn’t supported by the other lyrics. The woman in the song is drinking alcohol (and knows it), evidenced by the fact that she says maybe she’ll stay for “a half drink more.” When someone’s drinking non-alcoholic Diet Pepsi or water, they don’t say, “Well, maybe just a half drink more.” A half drink more of water?

The “Say, what’s in the drink” line is a good example of how when we focus on a tiny detail without considering the big picture or the context or the tone, we can easily miss the whole point altogether. In this case, “Say, what’s in this drink?” does not mean, “Hey, did you drug me?” 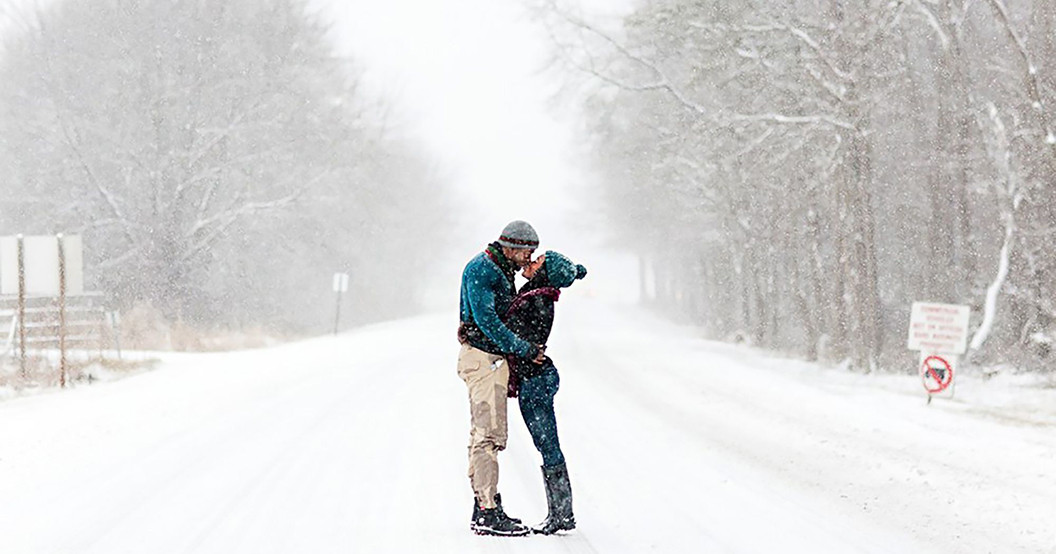 But it’s not just about one line, of course. It’s about the overall picture, so let’s consider more of the lyrics. The (traditionally) female part sings about temptation and desire. The only reasons she gives for saying no to him or feeling she should leave comes down to social pressure. But rather than leaving, throughout the song, she continually gives herself more reasons to stay a little longer. Let’s look at some of the lines:

“Well, maybe just a half a drink more” and “But maybe just a cigarette more” are two lines where she gives herself excuses so she can stay longer.

“I wish I knew how to break this spell” is a line that makes it clear that she’s attracted to him.

“You’ve really been grand, but don’t you see?  There’s bound to be talk tomorrow; at least there will be plenty implied” are the lines that drive home that her real concern is about rumors. Just as she previously listed off every family member that will judge her, down to her “maiden aunts,” she’s saying here that people will gossip.

In regards to the tone of the song, “Baby, It’s Cold Outside” has a light, bouncy melody. Which makes perfect sense because once again, it’s a song about flirting not a song about sexual coercion. It’s also worth noting that the “Baby, It’s Cold Outside” songwriter and his wife would perform the song together at Hollywood holiday parties in the ‘40s. It doesn’t get much sweeter than that, does it?

There are many renditions of this song and I’m sure I’ve not heard them all, but I’ve personally never heard a version that sounded creepy or threatening.

At the end of the song, the couple comes together to belt out the last lines in harmony, because they are now in agreement – she decided to stay! To which I pump a feminist fist in the air because this woman clearly wanted to stay and she finally said, “Fuck it. I don’t care what anyone else says – my mother, my father, my sister, my brother, the neighbors, my maiden aunts and all the people I sang about. I don’t care what they think! I’m staying.” If that’s not feminist, I don’t know what is.

The banning of this song raises questions about how far are we going to go? It’s certainly not a new notion – or a bad one – to question the content of songs, books, movies, and such. But the speed in which people form judgments has turned lightning fast, and that’s what concerns me.

In 1997, when Matchbox Twenty released their song “Push,” it initially received some of its own pushback, with critics suggesting that it was promoting domestic violence. But when this happened two decades ago, radio stations didn’t issue bans over the suggestion. Instead, people took a moment to think about and discuss the song and its lyrics, which included lines such as, “I want to push you around; well, I will.” And once people did that, they realized that it’s actually a song about woman who feels like she’s “never been truly loved” and therefore she wants to be the one to push someone else around in a relationship and take that person for granted. 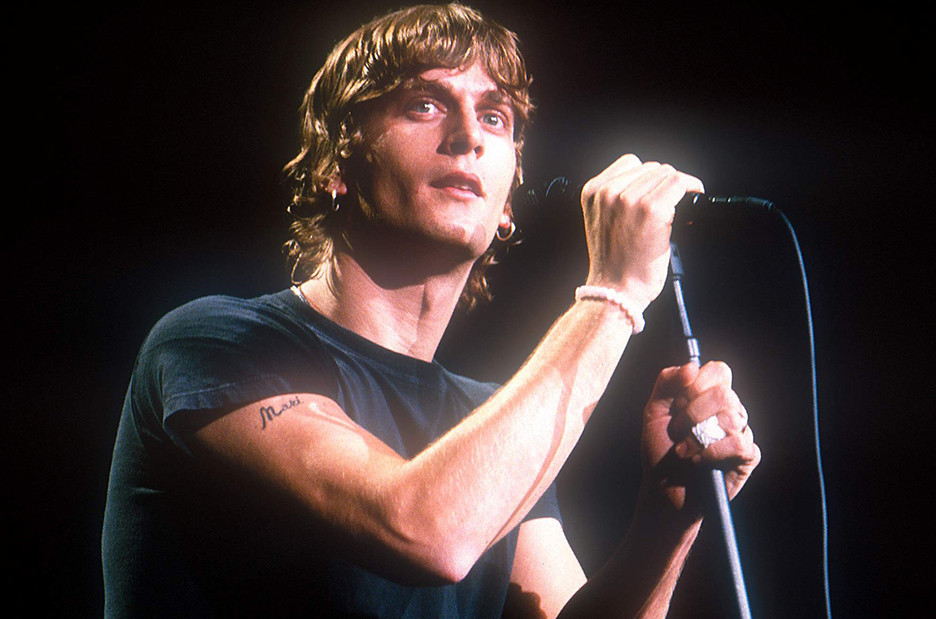 Rob Thomas, the singer/songwriter, publicly stated that the man in the song is the one being abused, either emotionally or physically, depending on how you take the song. In no way does this song glorify dysfunctional or abusive relationships. It’s a serious, pensive rock ballad.  The music video is an intense performance by Thomas and his band, and it’s full of imagery that illustrates pain and suffering. You can view the video here.

If Matchbox Twenty had released “Push” today, I think there’s a good chance that it would have been banned from some radio stations before anyone took the time to discuss its meaning and merit.

Last night, my husband and I were watching the holiday classic movie It’s a Wonderful Life. There’s a funny scene in the movie where Mary Hatch (played by Donna Reed) accidentally loses her bathrobe while she’s out on a walk with George Bailey (played by Jimmy Stewart). She dives into a flower bush to hide, and she’s so hidden that you can only see her eyes. George retrieves the bathrobe for her, but before he gives it back he proceeds to tease her, joking about what a great opportunity it is for him that she’s lost her robe. She scolds him, even threatening to scream before George finally returns the robe.

Is this scene promoting rape culture? I would say, Of course not! Consider the context. Mary has been in love with George since childhood, and he’s falling for her now too. The bathrobe accident is preceded with them dancing, walking, flirting, and singing together. They’re having a grand night.

When Mary loses her bathrobe, is George’s teasing a little bit jerky? A little bit, yes, but in large part because she gets stuck by a sticker while hiding in the bush. Is Mary legitimately annoyed with George in this scene? Yes, she sure sounds like she is, but that’s because she’s embarrassed and she’s in a sticker bush. The important thing is that she’s never scared. She never fears that George is going to rape her. George is a good guy. He’s not a threat to Mary and she knows it.  She knows he’s just playfully teasing her. 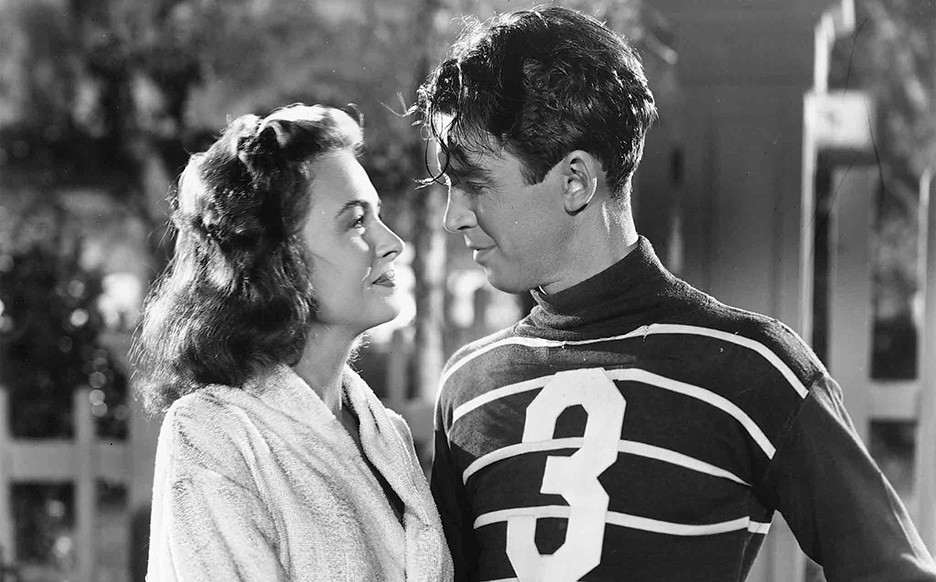 But if you were to read the dialogue exchange of these two characters after George retrieves her robe, without taking into account the context, their tones of voice, or character development, it would read like this:

And that makes me very happy. Because this isn’t really about a song.

It’s about the dangers of being so ultrasensitive and quick to assume the worst that we diminish the real and important conversations that we need to be having about sexual assault, sexual harassment, and pay inequality for women.

Banning “Baby, It’s Cold Outside” is not going to decrease sexual violence against women, but it might tick some people off enough that over time, with enough instances like this one, they might start to become numb to the truly important things that women have to say.

And that would be the real tragedy.