Behind the Scenes of Shooting Bayou Caviar in New Orleans

New Orleans is a city rich in history and culture, with jazz pouring out of open air bars in the French Quarter, beautiful architecture throughout the city, and a mystique that surrounds the city’s darker stories of voodoo, grave robbing, and haunted places. The city is a popular tourist destination where people go to party.

It’s also a city that’s extremely hot and humid in the summer. It’s a city where the locals will warn you to not walk around with your cell phone in your hand, because you might get mugged. It’s a city where you can still feel the devastating aftereffects of Hurricane Katrina cutting through the vibrancy of the city. 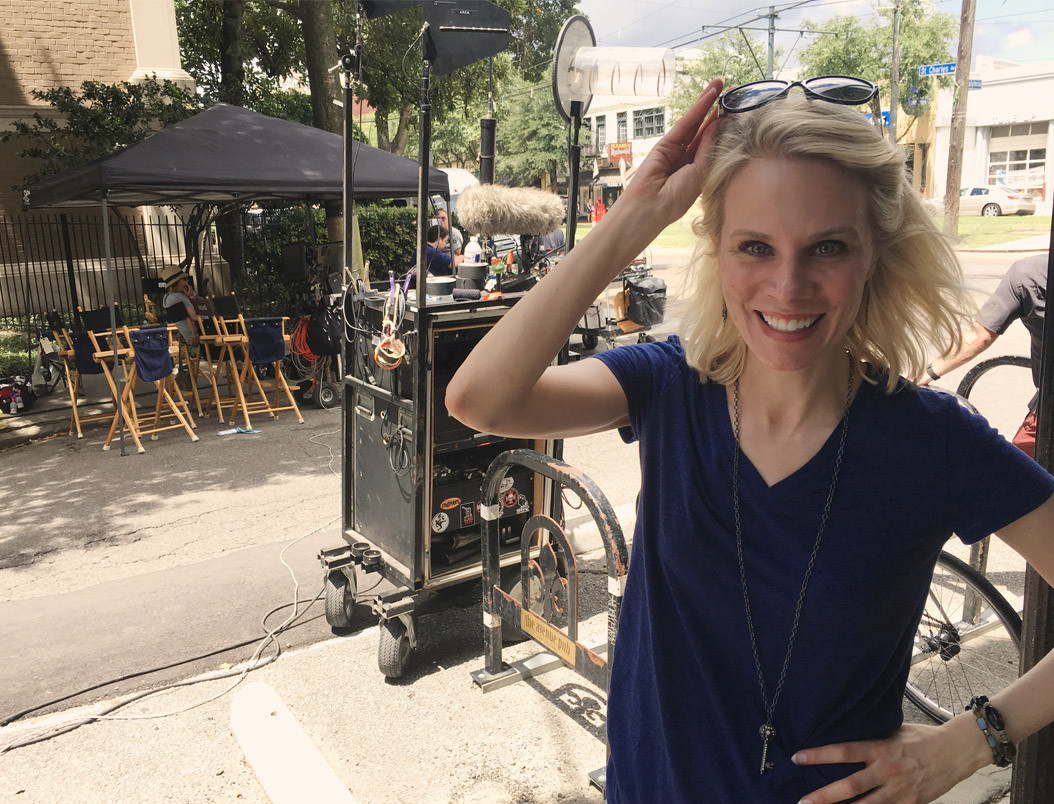 New Orleans is a city of contrasts – mysterious and historical and alive, yet it’s also gritty and sometimes it feels bleak. At least this is my own experience of it, because I spent a month there in the summer of 2017. I wasn’t there to party in the French Quarter and tour historical sites though. I was there to shoot the crime drama Bayou Caviar, which was released today in select theaters nationwide and on Video-On-Demand. 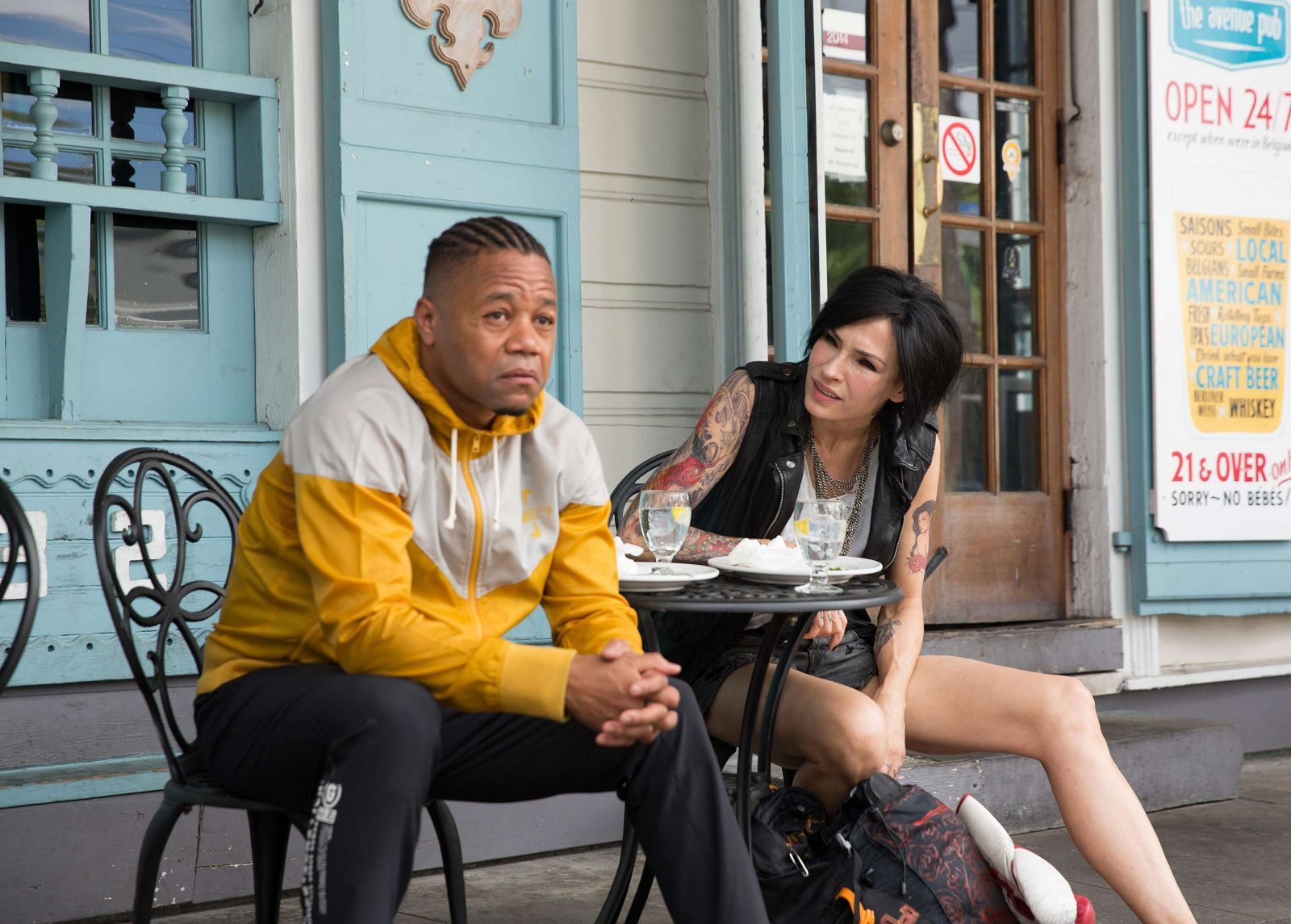 Bayou Caviar is Oscar Winner Cuba Gooding Jr.’s directorial debut. Fireshoe Productions (the production company that I own with Eric Colley, my husband and business partner) is one of the companies that produced the film. 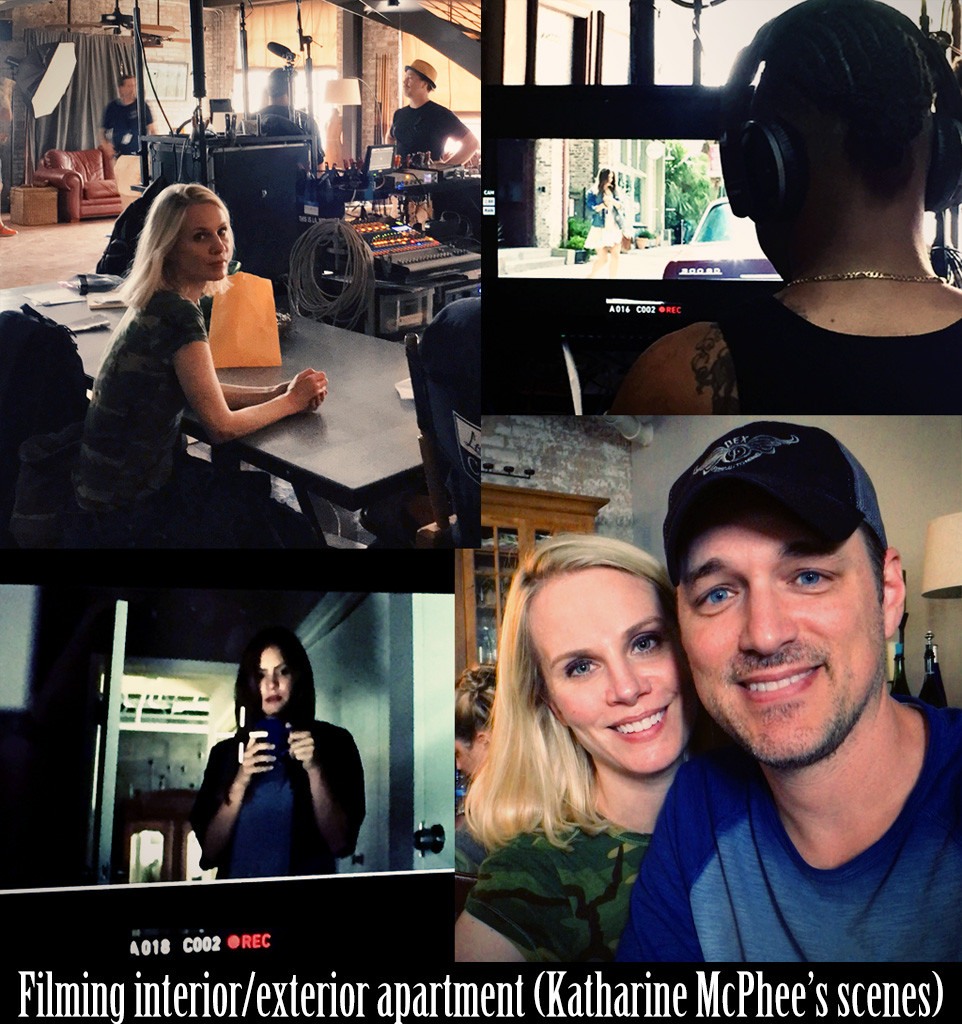 Bayou Caviar is a story set in New Orleans that skirts around the edges of traditional genres – it is part crime story, part drama, and part thriller. In addition to directing it, Cuba stars in the film, playing a fading boxer who gets mixed up with the wrong people…. There is a sex tape and there are alligators and there are sordid characters doing all kinds of sordid things. It doesn’t glorify the bad behavior, but it’s unapologetic in showing the darker side of human nature. 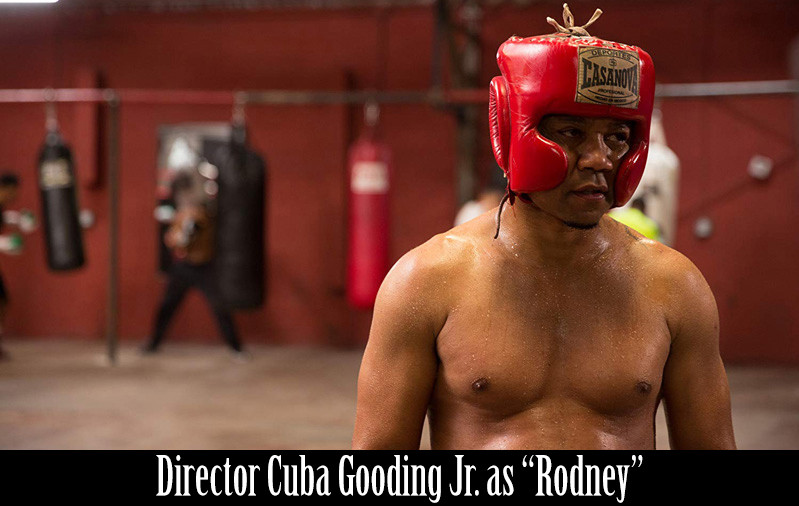 Richard arrived to New Orleans with creative ideas, including having the make-up department create a small prosthetic for his eye area so that the lower lid would droop. It looked great on camera, but it also looked so real in person that someone who wasn’t aware he was wearing special make-up asked me if his face had been injured recently. 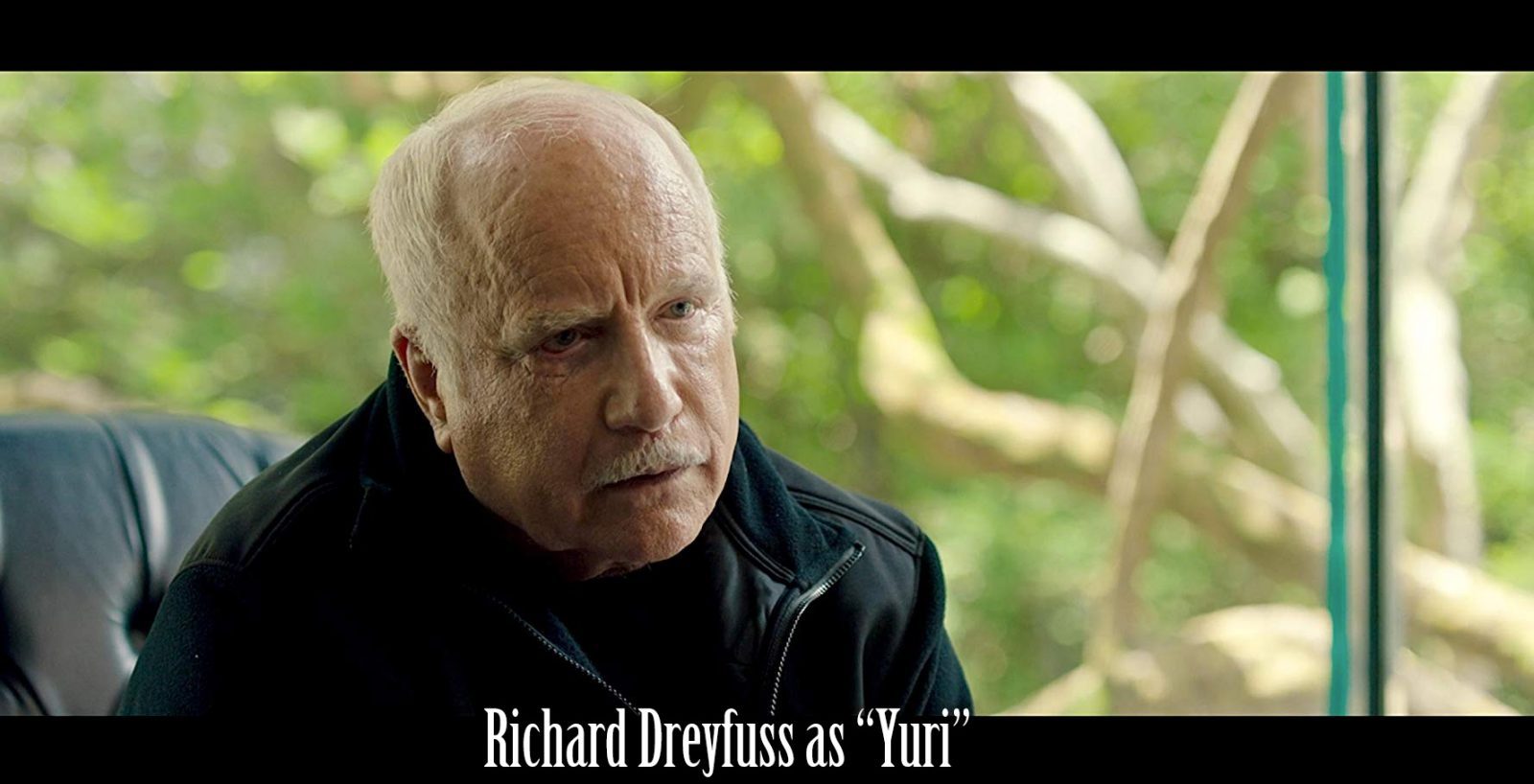 Famke also transformed for her role. She went from long flowing hair and a summer dress at the opening night cast/crew party to a chopped bob, fake tattoos, and lots of leather. When we’d film at the gym, she’d be off to the side with boxing gloves working the bags in between takes. During a scene where some guys chase and catch her in the streets, Cuba had to retime the blocking several times, because Famke kept outrunning her captors. 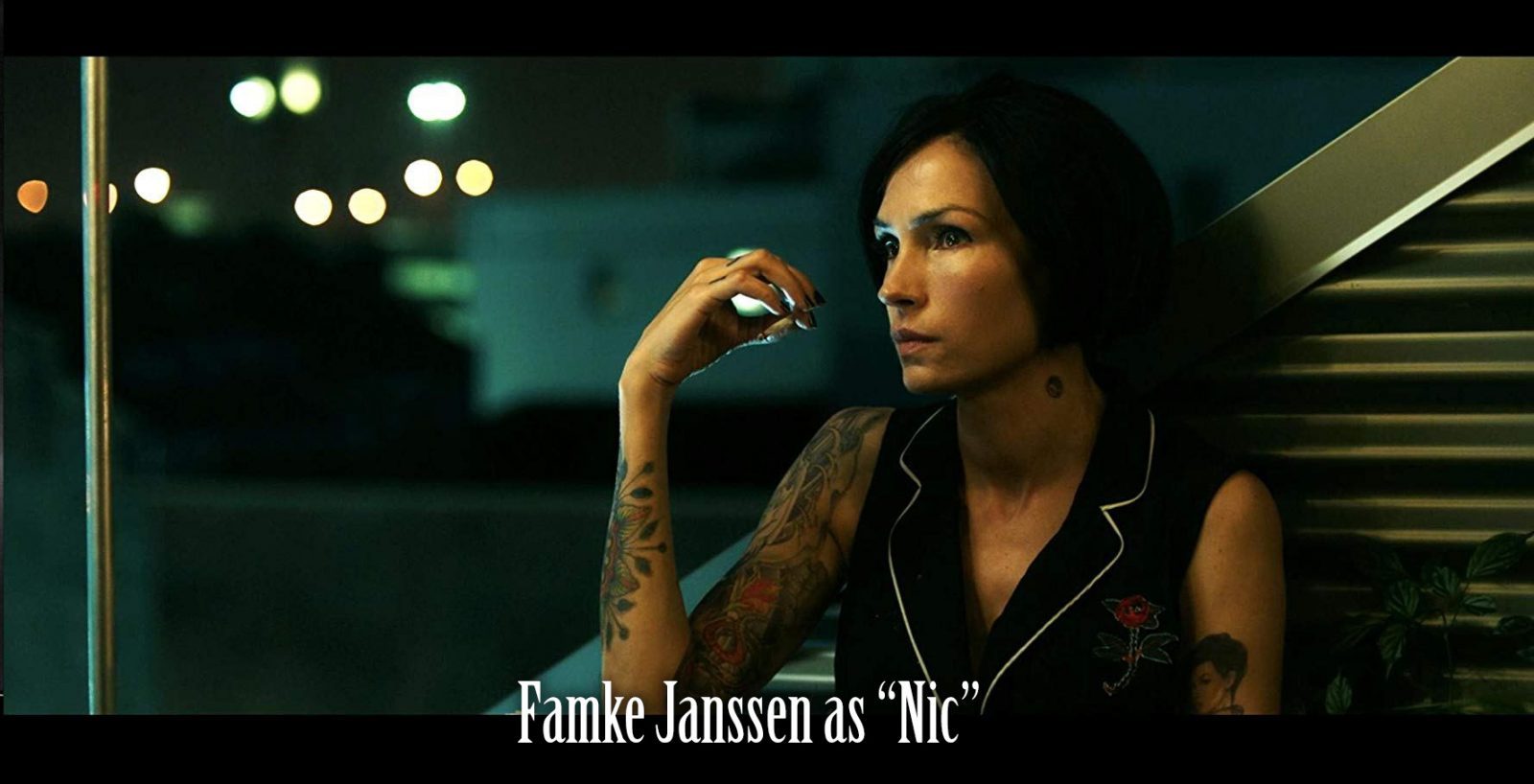 Katharine McPhee is luminescent as a passionate woman who begins a twisted relationship with Famke’s character. 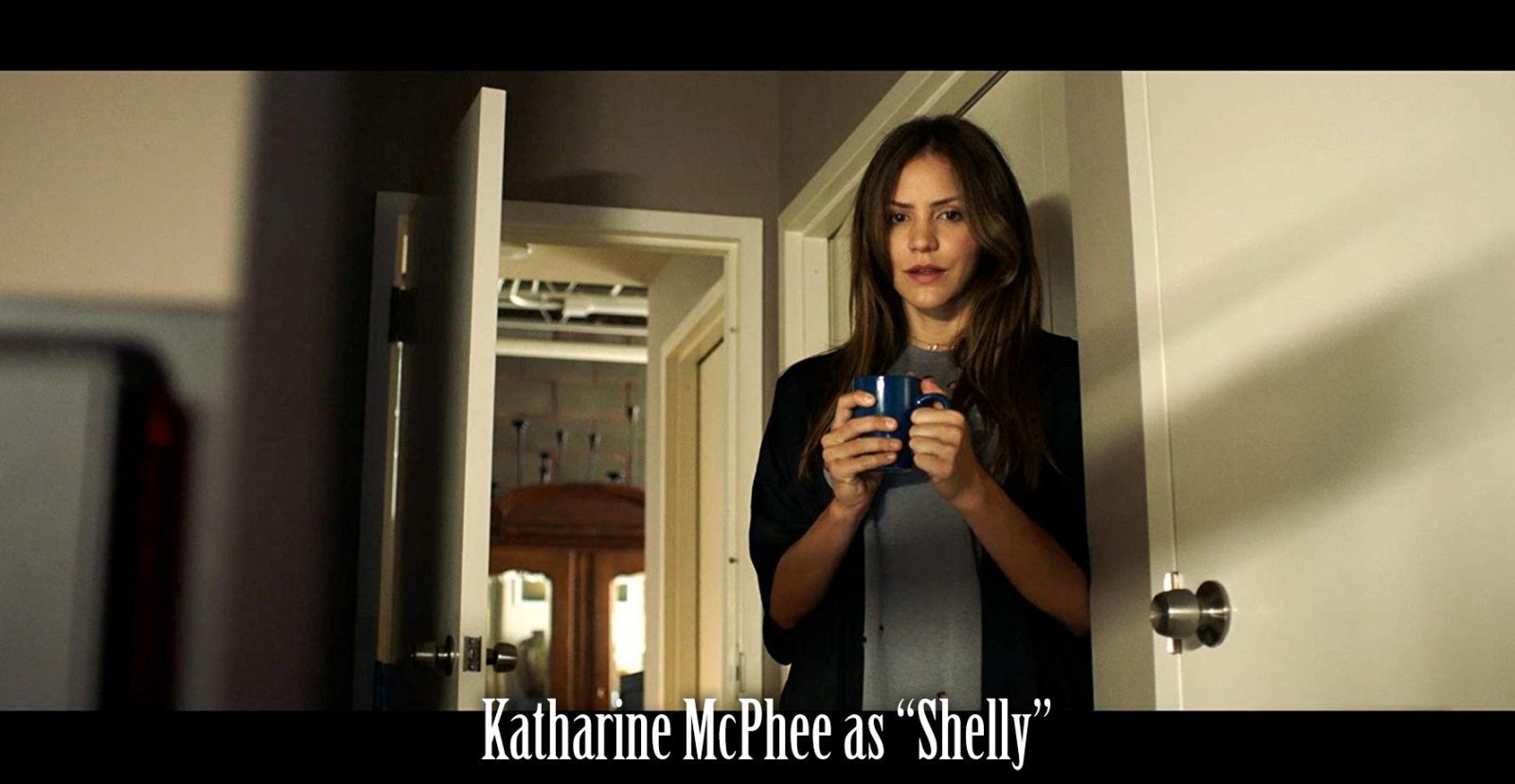 Lia Marie Johnson plays a teen whose penchant for fame is exploited as Cuba’s character takes her under his wing and manipulates her into helping him execute some of his dirty work for the mob. Lia’s performance strikes a delicate balance between the naivety of a “good girl” and the desperate defiance of a “bad girl.” 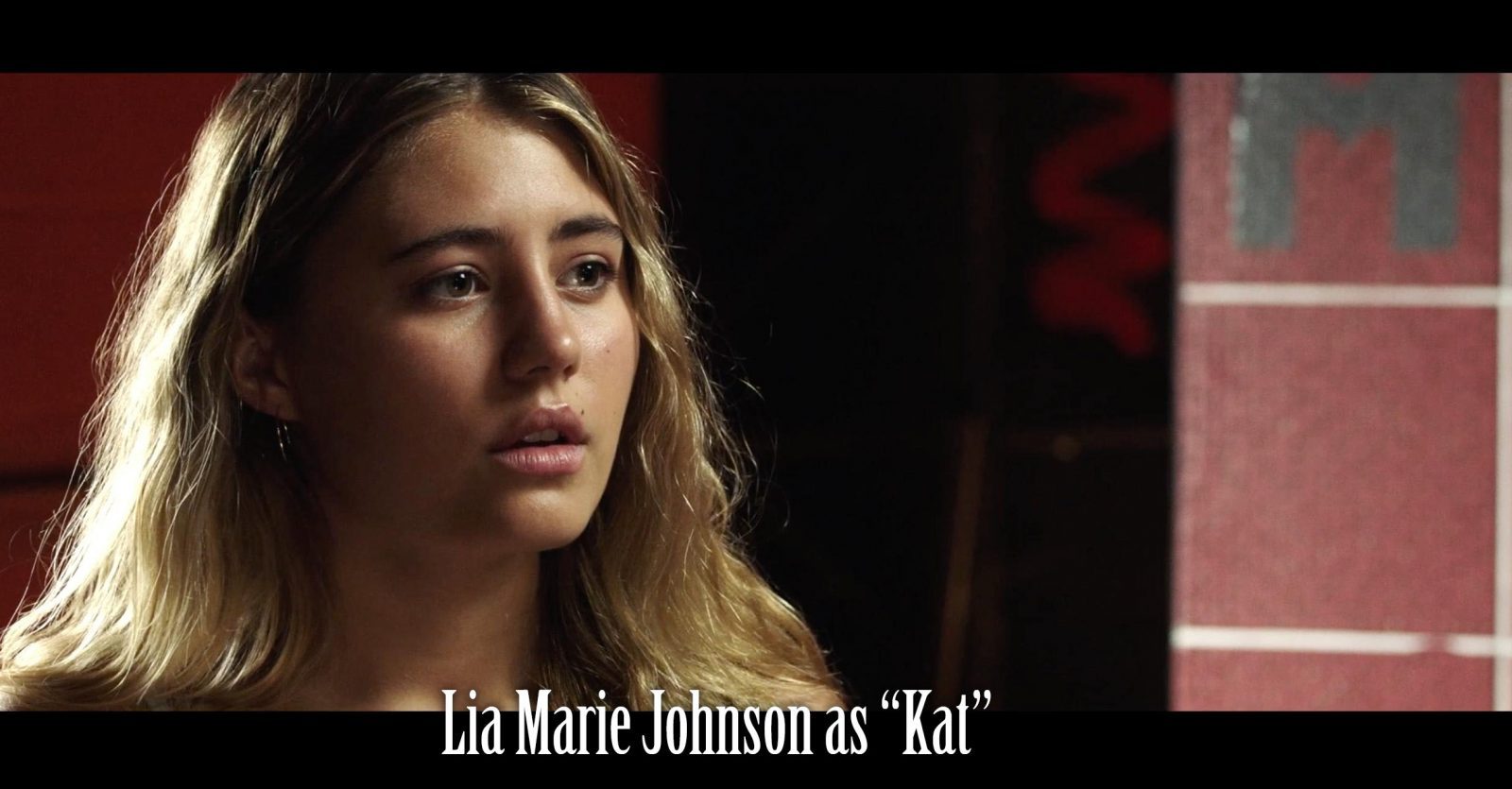 Sam Thakur gives a standout performance as the owner of the bar where Cuba’s character works as a bouncer. Sam’s cocky, lively portrayal of the character makes his scenes an entertaining treat to watch. 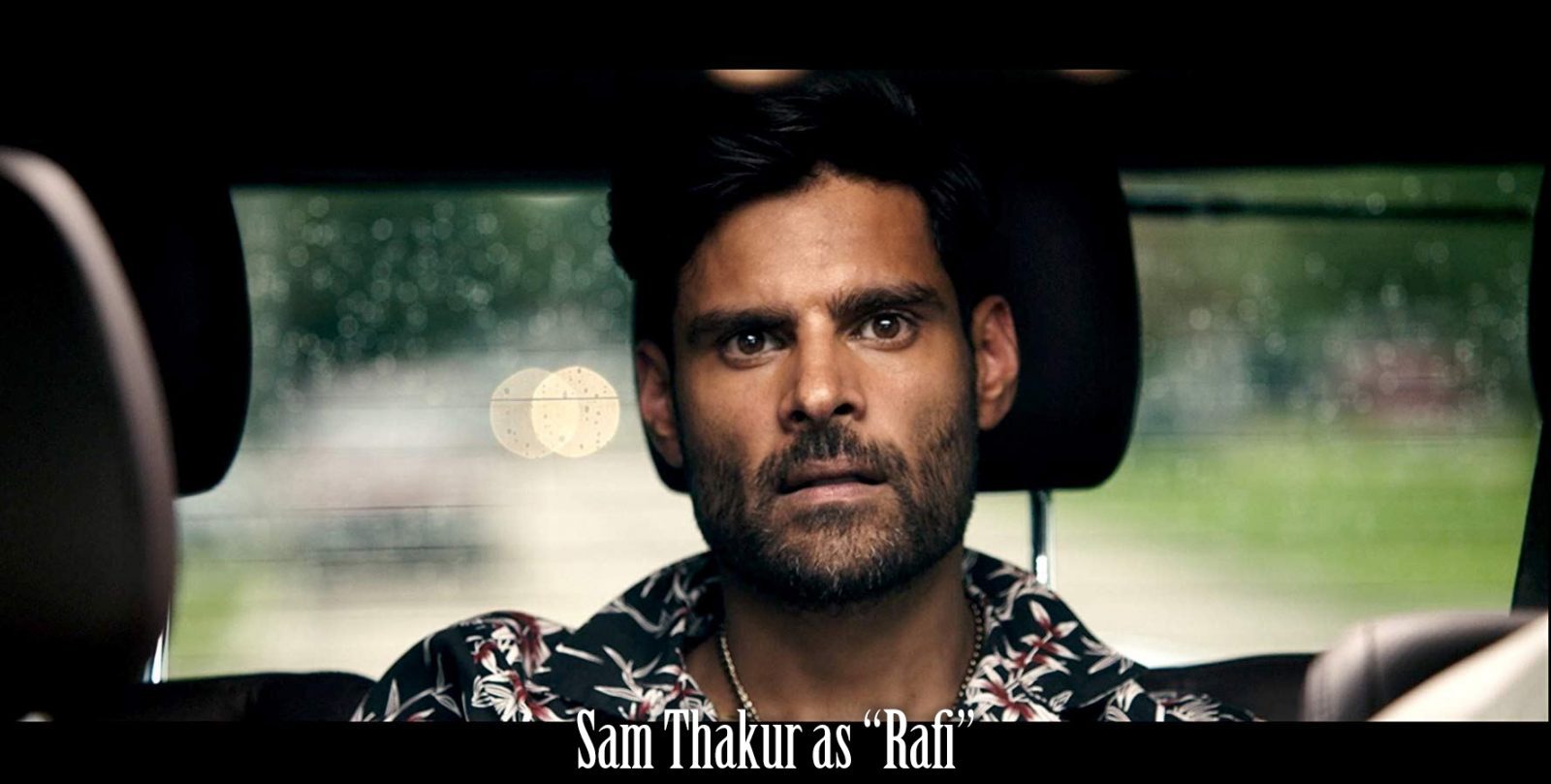 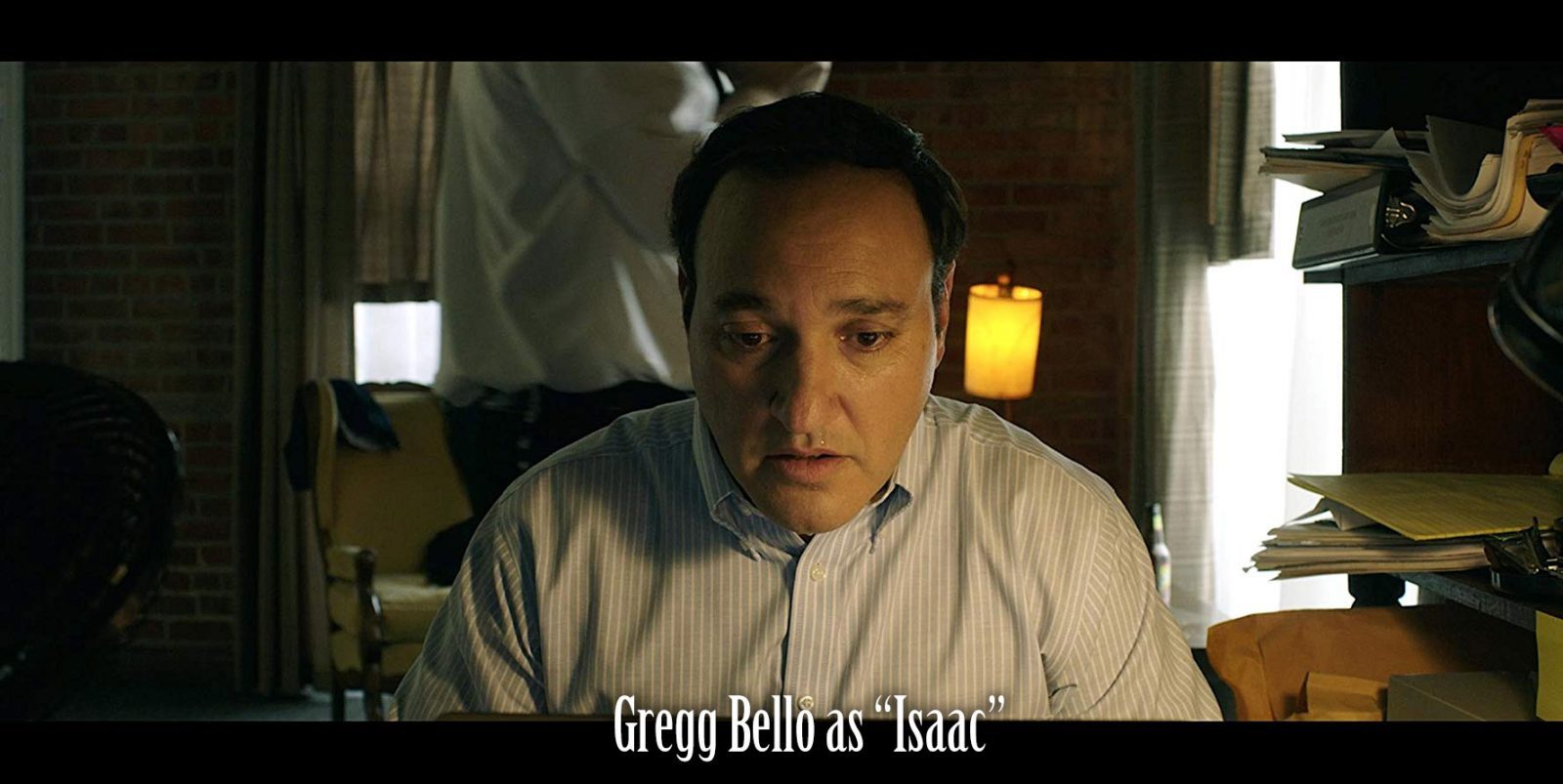 You can check out the official movie trailer here!

On our first day of filming, I was surprised when we spotted photographers across the street with long lenses stealing shots. The scene was a conversation between Cuba and Famke’s characters set in the exterior of a restaurant. I had two thoughts: 1) How annoying; we’re trying to work here!  And 2) How awesome; the paparazzi cares about this film! 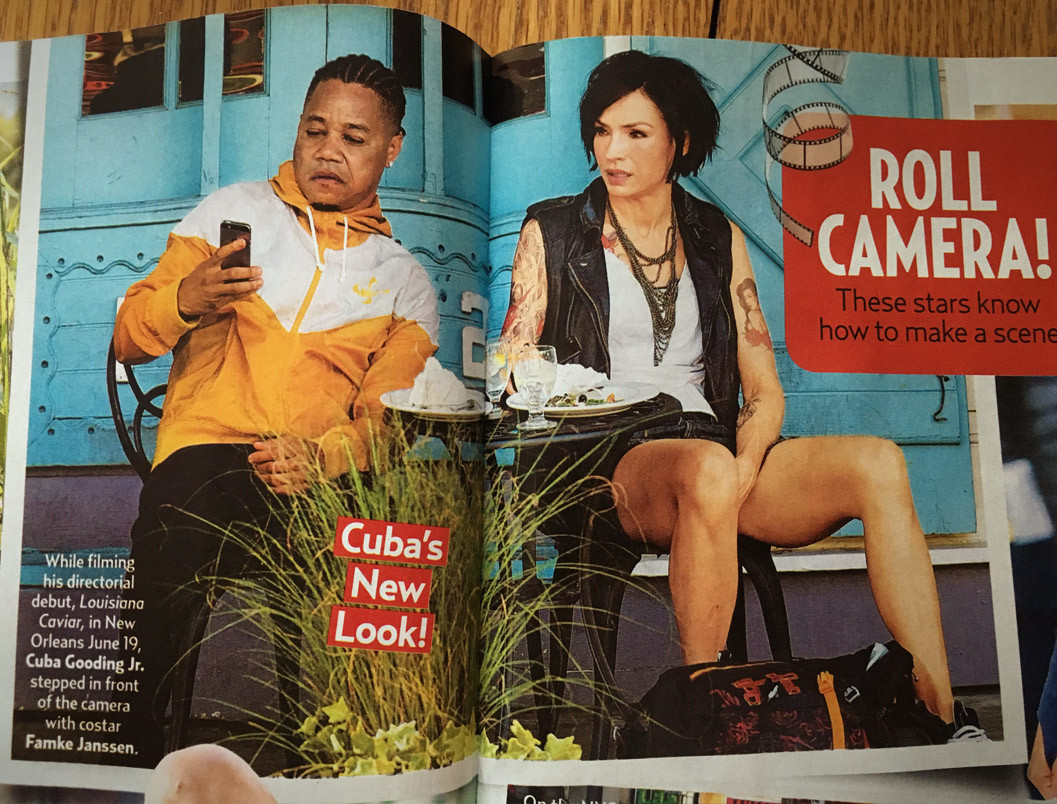 New Orleans is a true visual treat for filmmakers. There is so much antebellum architecture – some regal, some crumbling, some both. As a result, the city feels like a living, breathing character.  Or should I say sweating character, because we were there in the heat of the summer where even at nighttime, the air had a suffocating quality to it. 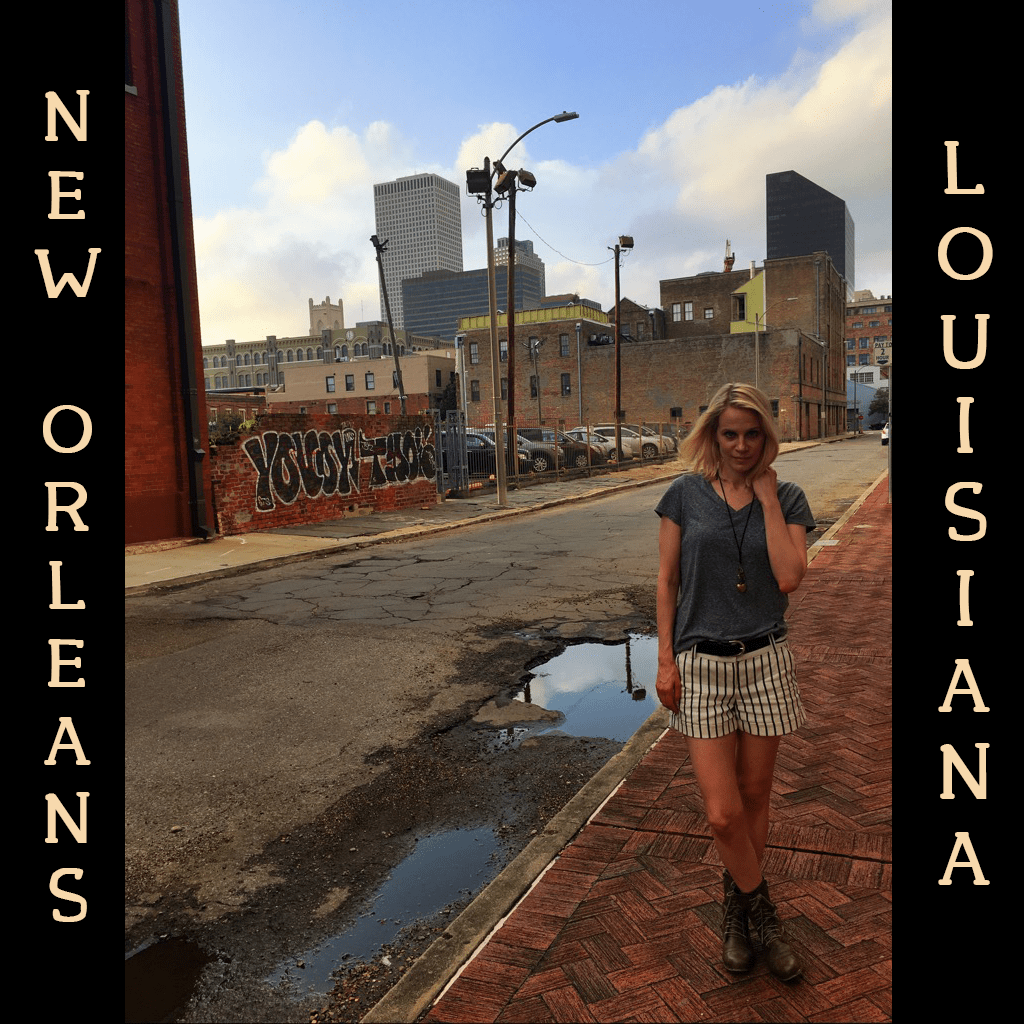 As a West Coast girl, I’m used to mild weather. New Orleans is anything but mild. During one of our first days there, Eric and I were in our hotel suite when one of the producers called to tell us that there was a tornado warning and the convention center was being evacuated… Our hotel was only a few blocks from the convention center!

I immediately phoned the front desk: “I understand there’s a tornado and the convention center is being evacuated? What should we do?” The front desk clerk informed me very casually that if there were any real danger, they would call us and have us gather in a downstairs conference room. After I hung up, we installed an app on our phones that tracked all tornadoes and hurricanes in the area and issued alerts as needed. 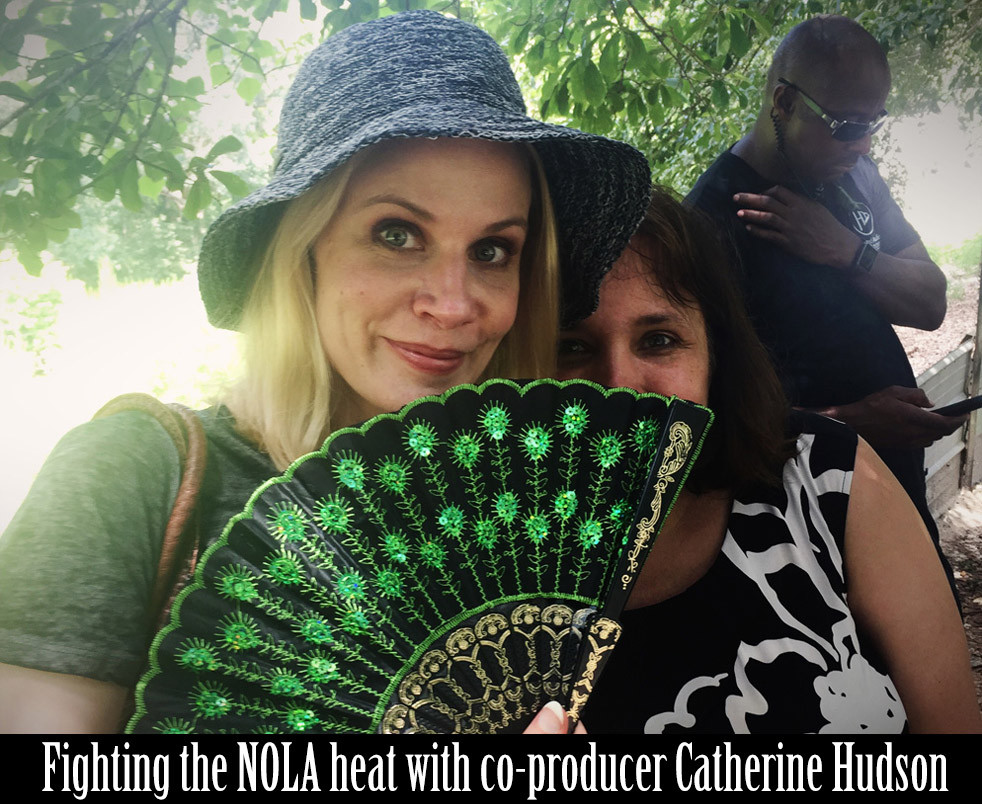 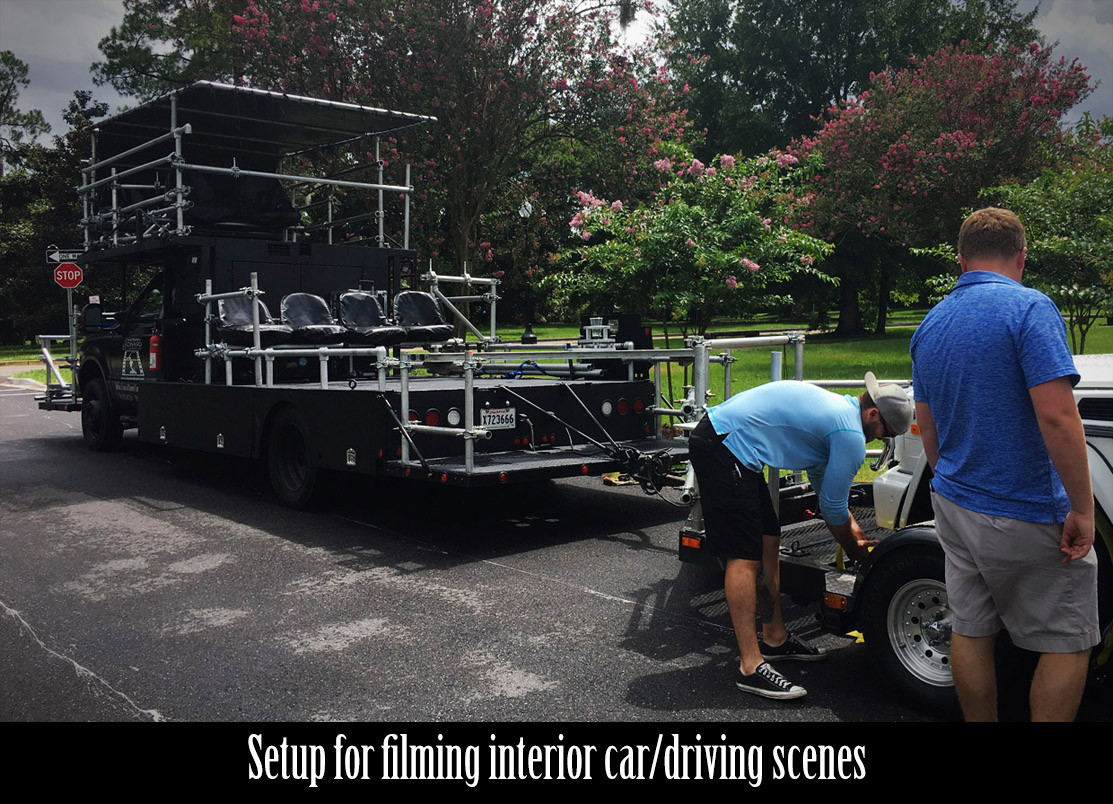 Later that week, Tropical Storm Cindy blew in. It was sideways wind and big, fat raindrops and concerns about flooding. We were lucky though, because while some areas of the city flooded, the storm had no real effect on our production other than the need to increase the number of umbrellas for shuffling actors to and from trailers to set.  The day of the worst rain, we were filming interior scenes inside a large boxing gym, so the damp hum of the storm felt far removed from our reality. 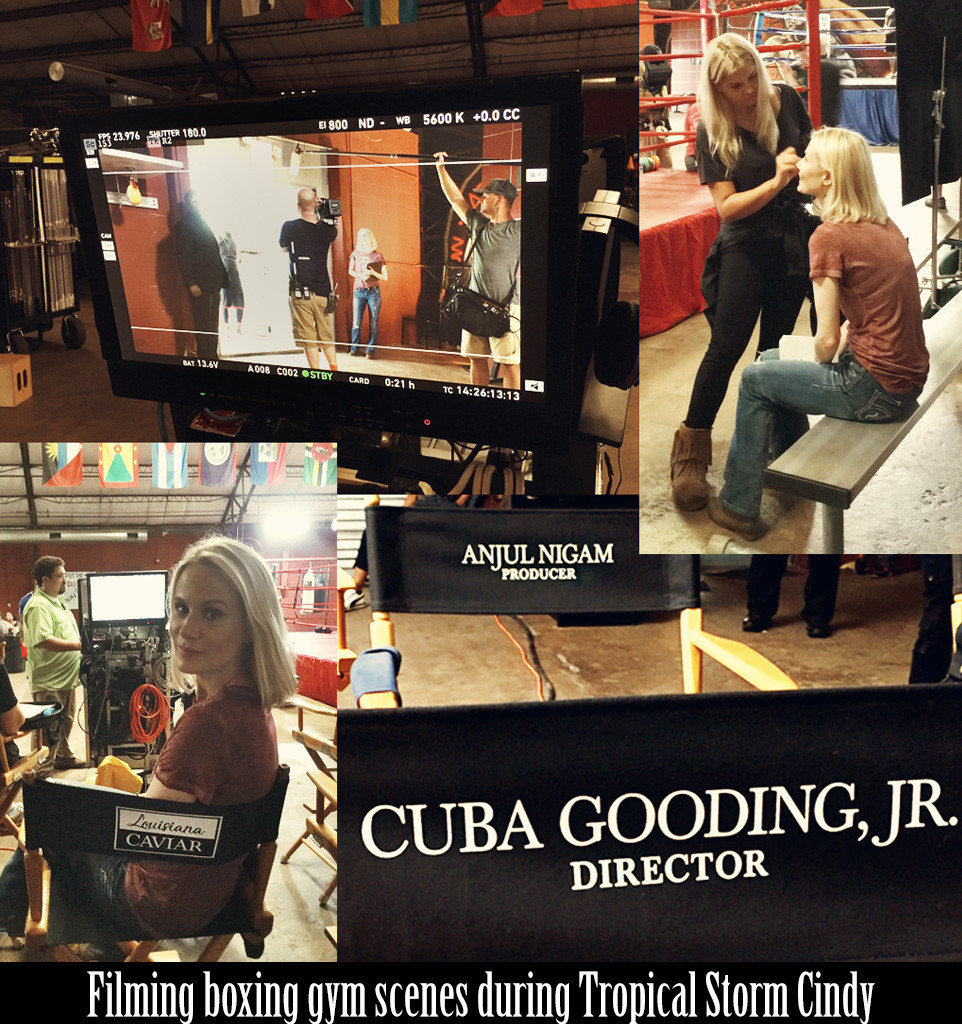 That was also the day that I filmed my brief acting scene. I play a reality TV producer who’s shooting a segment about an up and coming boxer. The young boxer exchanges heated words with Cuba‘s character while the cameras are rolling for the reality show. It’s a brief moment of levity in a film that’s mostly serious and dark.

One of the other most memorable shooting days for me was the day we filmed at Kliebert’s Turtle and Alligator Farm, about an hour outside the city. We filmed multiple scenes with alligators, and it was a lot of fun to watch the farm owner and handler worked with the gators. 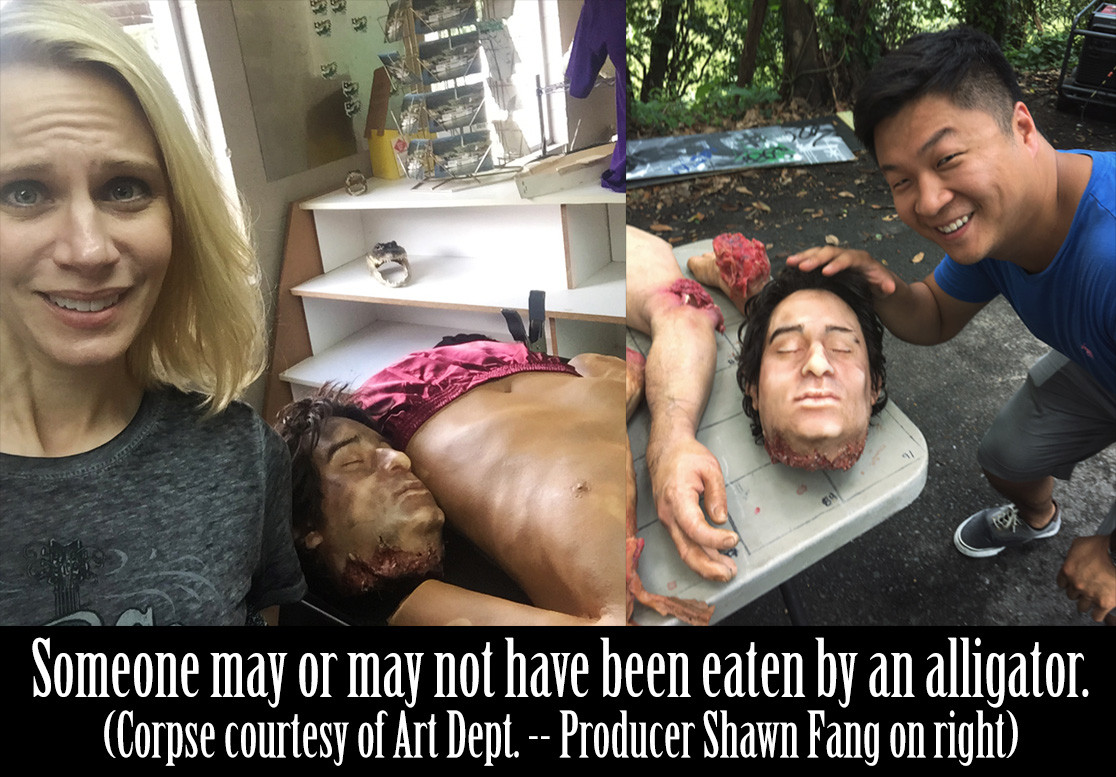 That day, Eric and I also filmed a behind the scenes interview with Richard Dreyfuss inside the Kliebert’s gift shop, which smelled strongly of the reptiles that were kept there in pools of water and cages. While we set up the camera equipment and tested the audio levels, we chatted with one of the animal trainers… a guy with only two fingers on one of his hands. I asked him how he lost his fingers, and he told me he lost them in a live show at the farm when one of the gators clamped down on his hand and started rolling with him. Yes, rolling.

The trainer then brought over a yellow python for us to hold, which Richard happily accepted as though he was being handed a kitten. Eric and I huddled around Richard, wearing grins like we love snakes even though we both hate them. Right after that, I had to step outside to handle something. When I returned to the gift shop, Eric showed me the photo he’d taken of himself holding the python. And I thought, Hell, I’m not going to be outdone by these boys. I’m holding this damn snake too! 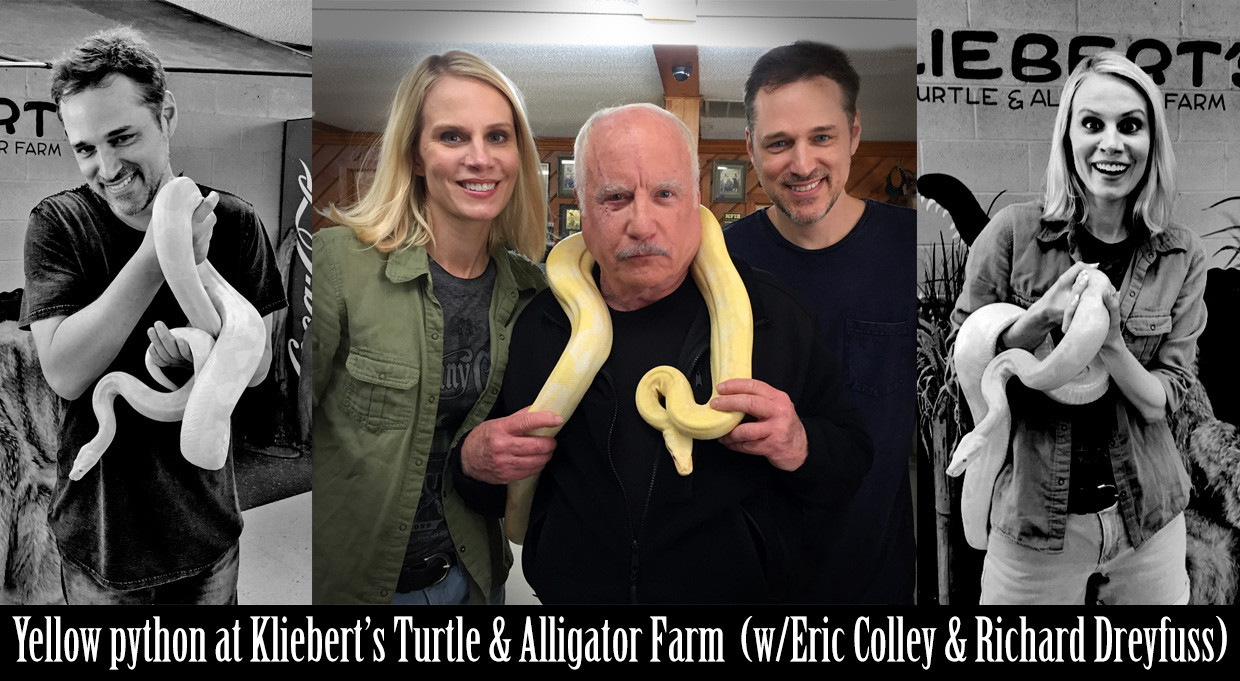 As the trainer handed me the python, I suddenly had second thoughts about accepting a very large snake from a man who’d let an alligator chomp off three of his fingers.  I asked, “It doesn’t constrict, does it?” He replied, “If you start turning blue, I’ll take it from you.”  I gave him a look and said, “Very funny,” as I posed with the snake so Eric could snap a photo. I forced a smile that I intended to look playful but ended up looking semi-maniacal. 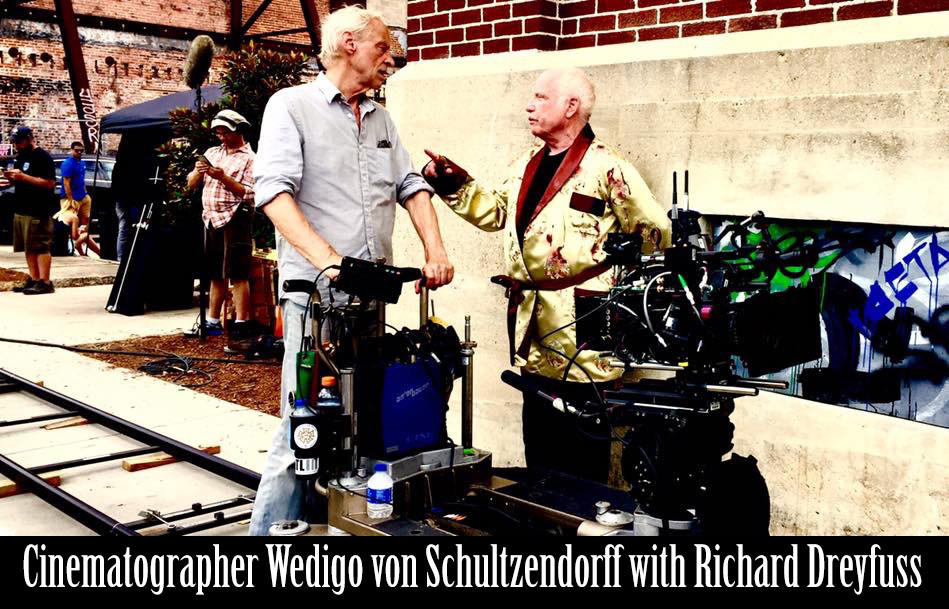 Bayou Caviar was shot by German cinematographer Wedigo von Schultzendorff, best known for films such as Igby Goes Down and Woody Allen’s Hollywood Ending. Wedigo was 71 years old at the time that we shot Bayou Caviar but had the energy level of someone several decades younger. He swam in the pool every morning and collected lemons that had fallen from lemon trees. He was an incredibly talented cinematographer, very gifted with using lighting to create mood within the scenes. 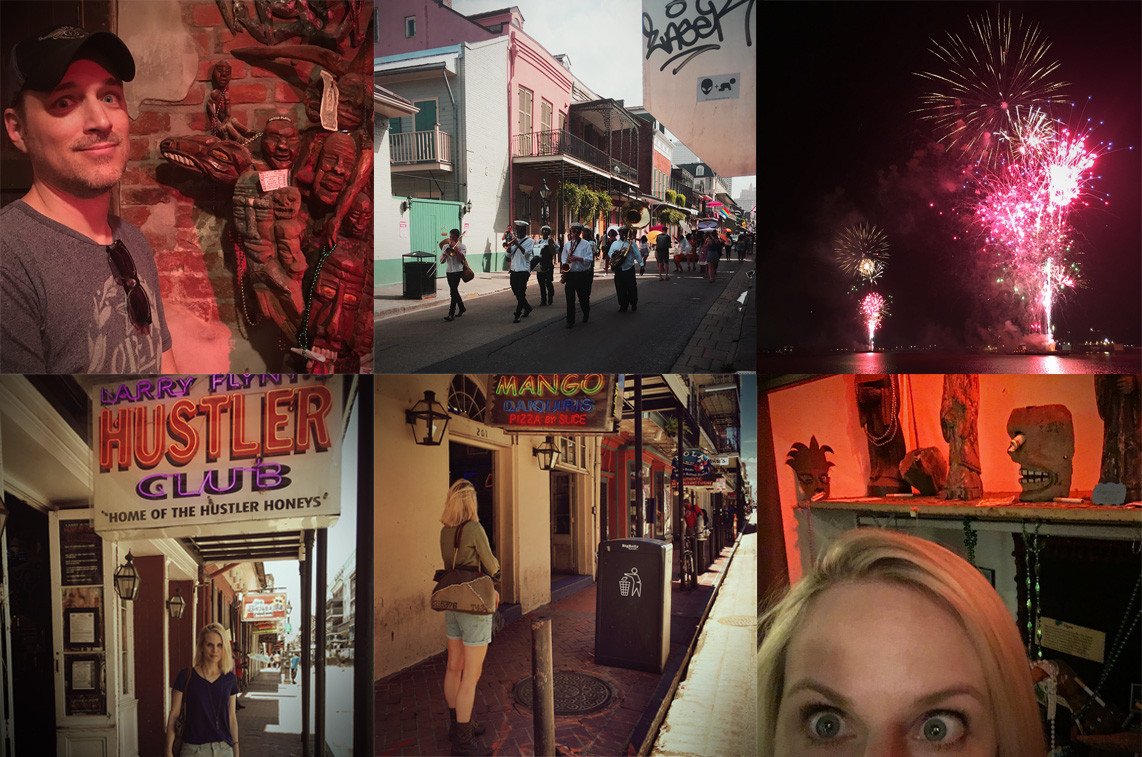 When we had days off, Eric and I explored the city a little, listening to jazz music in the French Quarter, visiting the famous cemeteries, checking out a Voodoo Museum, and watching fireworks over the Mississippi River on the 4th of July. We always felt extra-vigilant when we were out and about because upon our arrival, the local crew members had given us all kinds of warnings: Don’t walk down the street holding your cell phone. Don’t have your windows rolled down at stoplights. Don’t trust that drivers will stop for pedestrians. Don’t go to the park by the river after dark. Don’t, don’t, don’t. 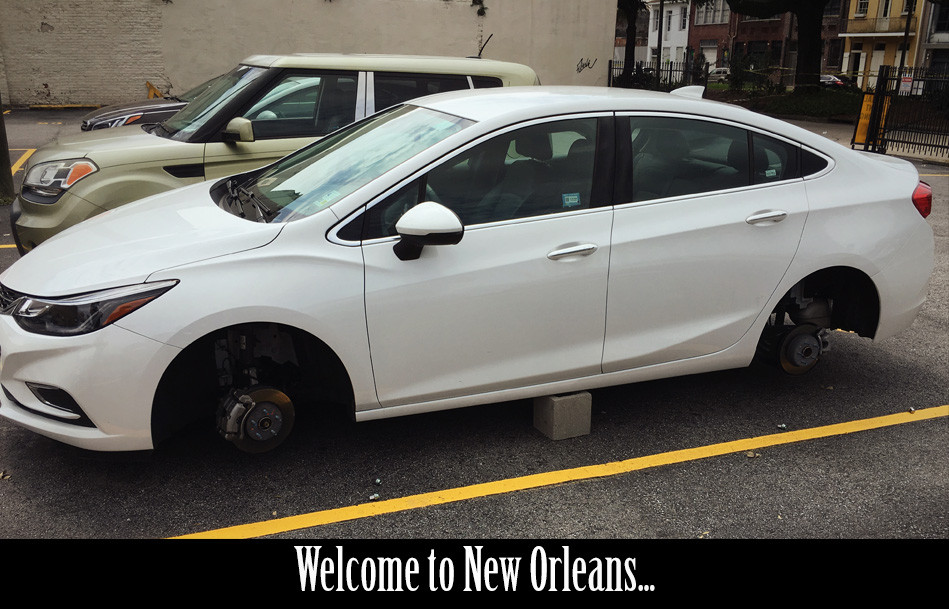 One morning we walked out of the hotel to discover our First Assistant Director’s car had been completely stripped of its tires and its wheels and had been left sitting on concrete blocks. A different day, Eric was almost hit in the crosswalk by a car that accelerated through a stop sign without stopping. Had I not seen the car out of the corner of my eye and shouted at Eric to “STOP!” we are both convinced he would have been killed. So there was a reason for all those don’t, don’t, don’ts.

To unwind at nighttime, I read the classic novella The Awakening by Kate Chopin, which is set in New Orleans and Grand Isle. At that time, I wrote a blog post about it, which you can read here. 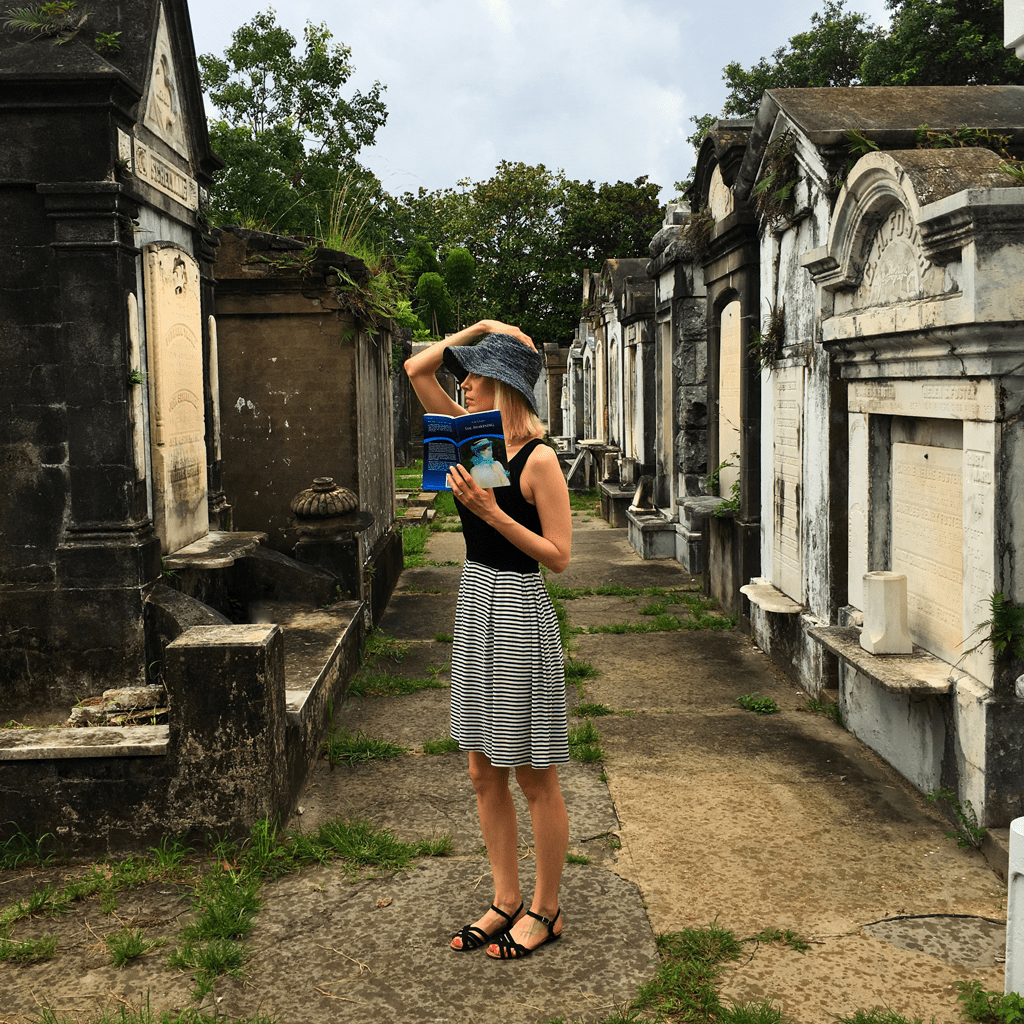 After the film was in the can, the post-production got underway with Cuba working with editor Keith Reamer in New York City. After the picture was locked, our longtime sound designer and composer Jeffery Alan Jones worked his magic to enhance the mood and tone of the film.

Today, Friday October 5th, the film releases in select theaters in the USA and on Video-On-Demand!

Recently, we’ve had some good press coverage regarding the film. Here are a few links you can check out: