Rebel in the Rye: A Look at J.D. Salinger – Biopic Film Recommendation

J.D. Salinger is famous for his 1951 novel The Catcher in the Rye, which introduced people to a fresh, young, acerbic perspective: that of the novel’s hero Holden Caulfield. It’s a novel that speaks to the teenage experience of feeling misunderstood and alienated. Today, it’s still widely read in high school literature classes.

Rebel in the Rye, a film written and directed by Danny Strong and starring Nicholas Hoult as Salinger, is about the life of famed author J.D. Salinger. It is a fascinating biopic that highlights the joy, creativity, obsession, isolation, and insecurity often present in the writing lifestyle. It also delves into the psychological consequences of war and the pressures of fame. Ultimately, it sheds light on the complex mind – for better or worse – of the man who wrote The Catcher in the Rye. 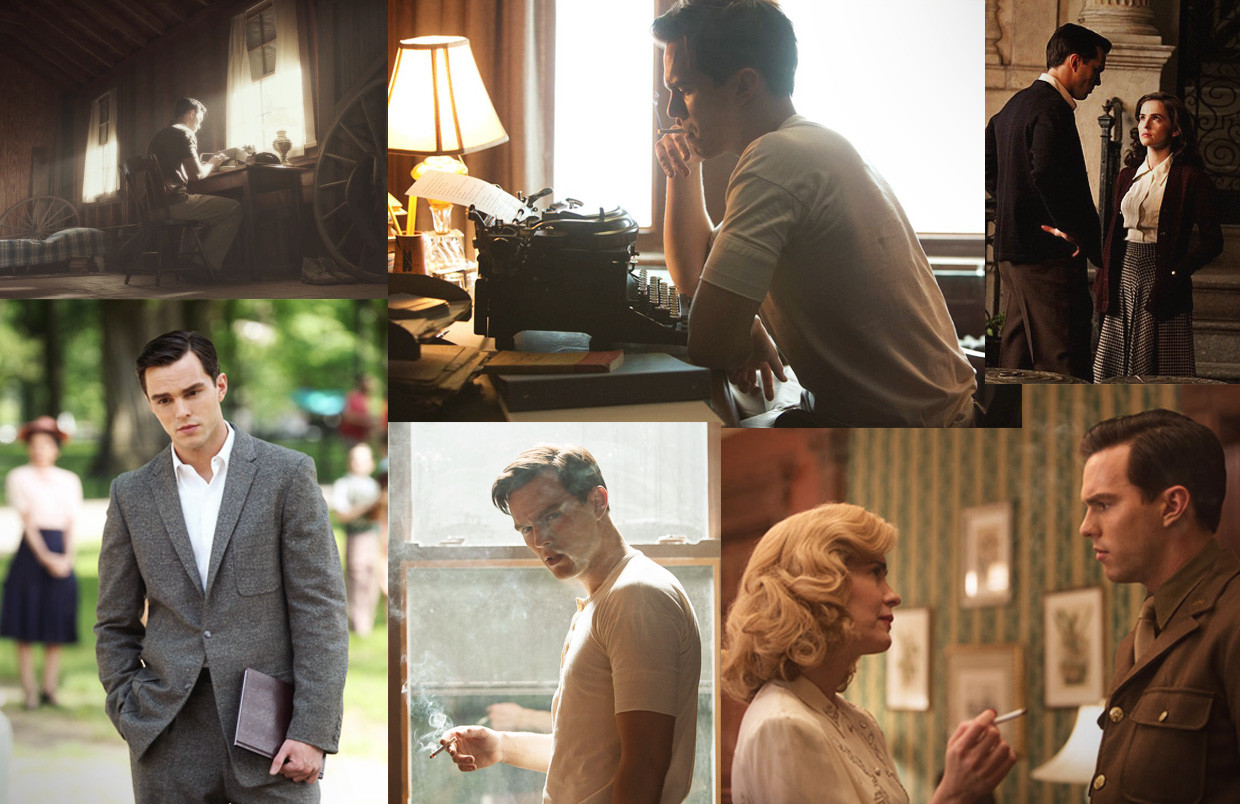 I read The Catcher in the Rye when I was twenty-one years old, and I liked Salinger’s writing style. Holden Caulfield gave readers a subjective often scathing, cynical point of view of the world around him. He was not a typical hero, but you couldn’t help but root for him. Reading it almost five decades after its original publication, Holden Caulfield’s voice still felt valid to me.  I imagine that reading The Catcher in the Rye as a young adult in 1951 could have been a transformative experience –  or at the very least, a refreshing one. And the film certainly makes this point. Within a literary sea of stories that failed to capture teenage angst and anger, there was finally a story that said, “Listen up, phonies. Here’s the truth.”

As interesting as The Catcher in the Rye is from a historical perspective, the novel’s writer is possibly even more interesting. The Catcher in the Rye is Salinger’s only full-length novel. While he published many short stories, including book collections and novellas, he never published another novel. Instead, Salinger led a very private life out of the public eye, granting very few interviews – with his final one in 1980, almost 20 years before he died. But he never stopped writing. He consistently wrote his entire life, and we are still waiting to find out if any new Salinger works will be published posthumously. (But that’s a whole other topic, so let’s get back to the film). 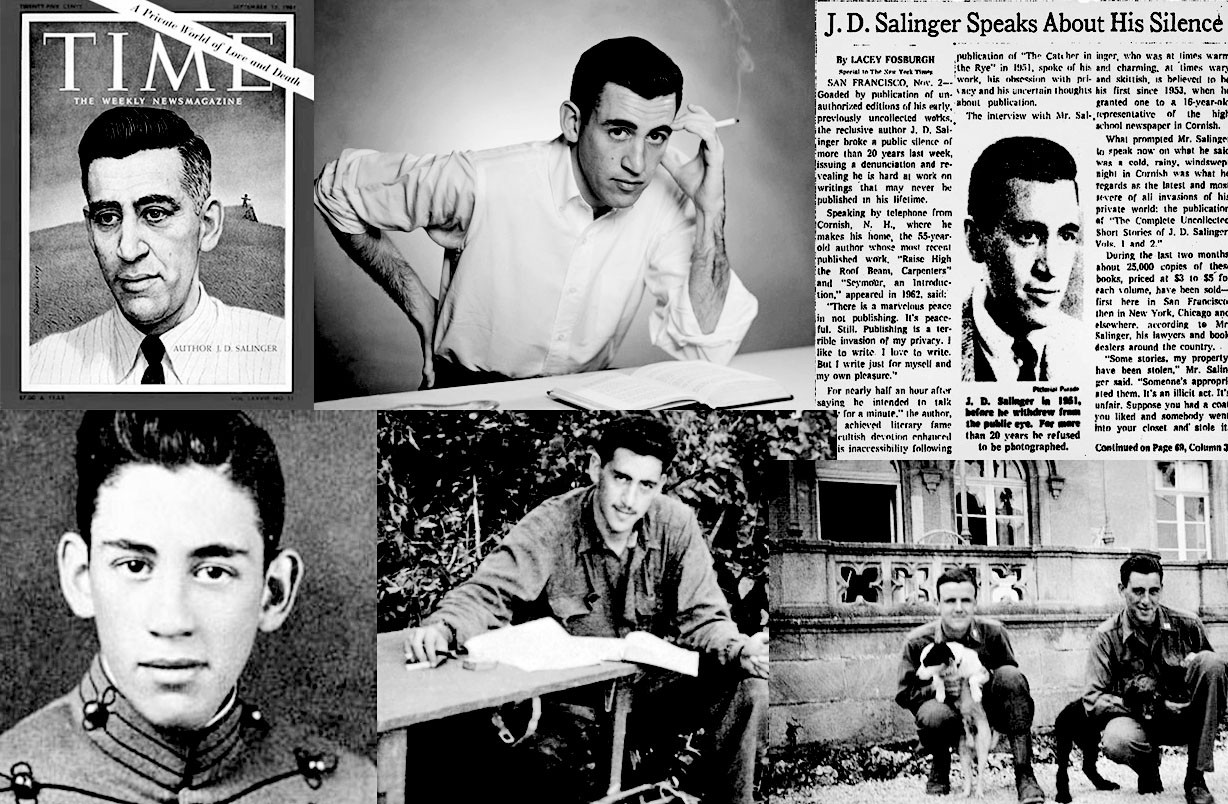 The biopic film Rebel in the Rye is an interesting look into both the book and the man: How did The Catcher in the Rye come to be? And who was the mysterious man that penned those memorable words? It also peels back the writing and publishing industry of the ‘40s and ‘50s, with some scenes that any creative person – especially my fellow writers – will find absorbing and inspiring. And it draws parallels between Holden the fictional character and Salinger the real man.

The film begins with Salinger’s college days and his early to mid twenties when he was publishing short stories for Story magazine and fighting to land a story in The New Yorker magazine. It covers his friendship with one of his earliest mentors, Whit Burnett, a man who was the editor of Story magazine and also taught Salinger at Columbia University. The film also includes some of his romantic relationships. The cinematography and directing of the film is beautiful, and it does a lovely job of capturing time and place: New York City in the ‘40s and ‘50s.

To me, one of the most fascinating aspects of this film was the coverage of his time spent serving in World War II and the PTSD he developed as a result. Upon returning from the war, Salinger suffered terribly during a time when there were very few good mental health treatments. He initially didn’t even want to complete The Catcher in the Rye, in part because he’d worked on the story as a soldier, so it strongly reminded him of the war. 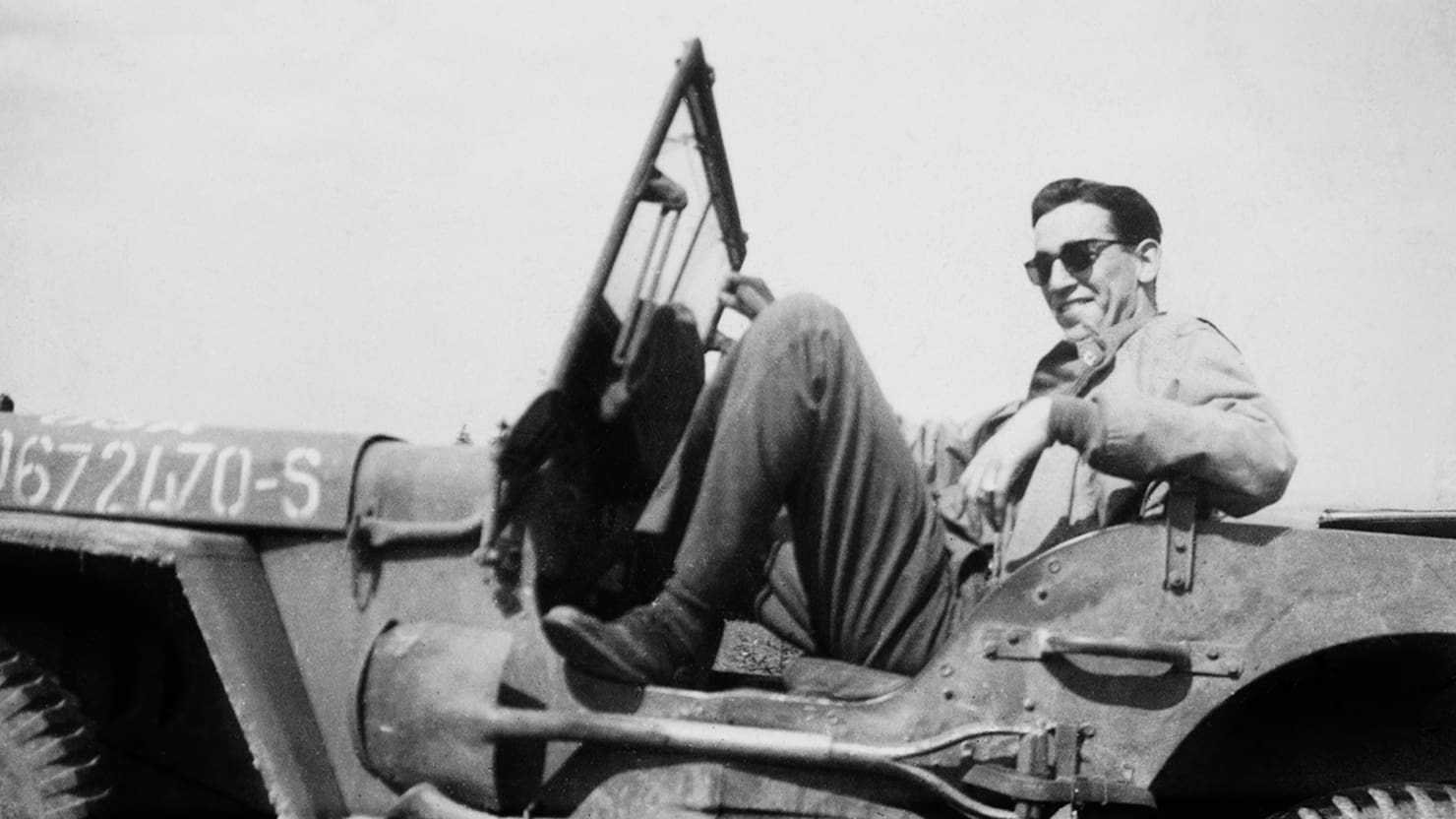 But working on the story overseas had actually saved Salinger in many ways. It was the escape he needed to cope with the horrific things he was experiencing and seeing (for example, he was at Utah Beach on D-Day, and he was there when concentration camps were liberated). This aspect of the film highlights something that I feel very strongly about: We don’t just need stories for entertainment. We need them for survival.

Nicholas Hoult gives a great performance as Salinger, portraying his stubbornness and dogged passion in a sympathetic and understandable way. He is able to capture Salinger’s eccentricity in an authentic, serious way, and Hoult’s full commitment to the role provides the film with some of its more humorous moments. Hoult comes across as boyish though, which means that he feels more fitting in the younger scenes than in some of the later ones. And other than being tall, Hoult doesn’t resemble Salinger  – but I’d rather see an actor who looks nothing like the real person than feel distracted by an actor’s prosthetic nose. 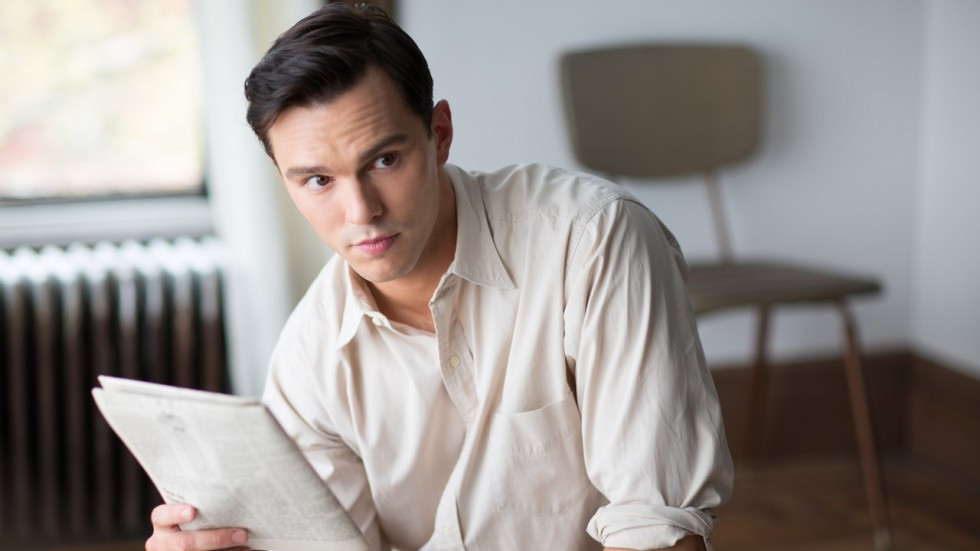 Sarah Paulson is wonderful in her portrayal of Salinger’s tough yet understanding literary agent Dorothy Olding… but then, Paulson is great in everything, isn’t she?

Kevin Spacey is very good in the role of Whit Burnett, which is one of the last roles Spacey played before his career came to a screaming halt due to sexual assault allegations (which he did not deny). In order to fully appreciate the relationship between Salinger and Burnett, I had to forget about the real Kevin Spacey and focus on the fictional character being depicted. Burnett was a central figure in the life of Salinger, so you really need to care for Burnett in order to fully appreciate how Salinger grew to be the writer that he was. It’s an important aspect of Salinger’s life and thus the film.

After watching the film, I looked up some of the film’s credits online, and I was pleasantly surprised to see that I was familiar with writer/director Strong from my teenage days of watching the TV show Buffy the Vampire Slayer. Strong played a recurring character on that show.

In recent years, most of Strong’s film and TV credits have been writing ones (The TV show Empire, Lee Daniels’ The Butler, The Hunger Games: Mockingjay). Rebel in the Rye is Strong’s feature directorial debut, and I really look forward to seeing what he does next.

All in all, I recommend this film. It’s an interesting historical drama and biopic, and it’s definitely one of the better films I’ve seen about writing. It’s widely available now on VOD and DVD, so see it and see it now!