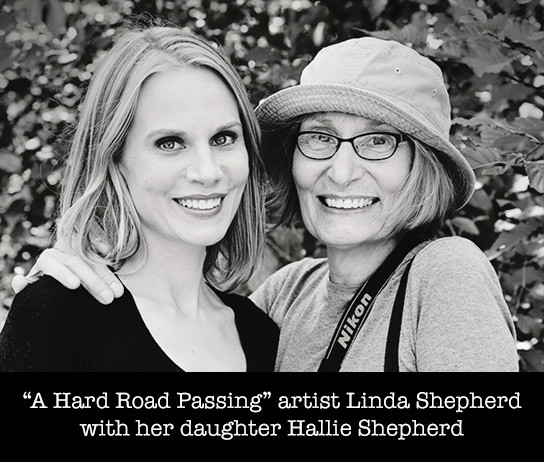 It was almost a year ago when I first heard that my mother Linda Shepherd – a photographer and graphic artist – had started shooting images of dead animals on the road. She showed me a few of the photographs and I felt a little surprised, thinking, Wow, that’s kind of dark. But mostly, I was just excited. I like dark stuff, and this piece was certainly edgy and maybe a bit controversial.

Her photography series – “A Hard Road Passing” – isn’t really all that morbid or weird when you truly think about though. It’s actually quite beautiful. My mother chooses photography angles that capture the delicateness and strength of the animals without gratuitously showing their injuries. It’s not about eviscerated livers. It’s about animals that were trying to cross the road, on their way somewhere, and in an instant they were struck dead and left on the side of the road. You can’t look at “A Hard Road Passing” without pondering your own relationship to so-called road kill… 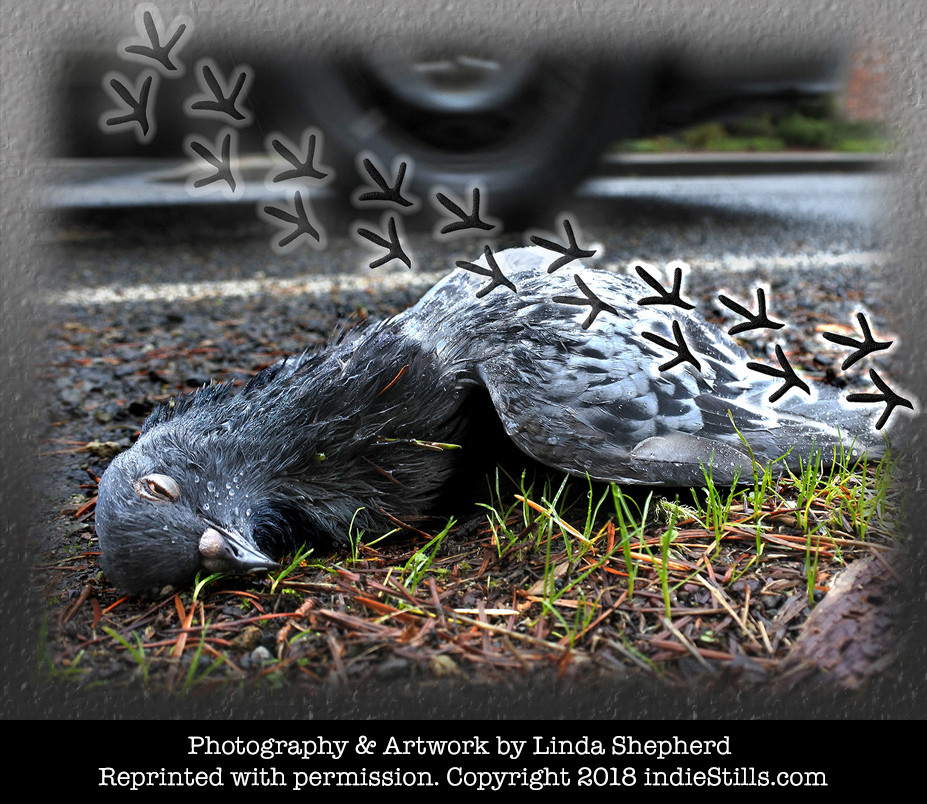 When you see a dead animal on the side of the road, what do you think or feel? Do you feel differently if the fallen animal is a domesticated animal versus a wild one? Do you look away as you pass by, or do you crane your neck to see what kind of animal it is and feel a little relief if it’s “just” a raccoon or opossum and not someone’s beloved dog or cat? Do you refer to these dead animals as “road kill”? Have you ever known someone who has deliberately tried to hit an animal with his or her car?

After seeing this art display, I am certain that you won’t ever see dead animals on the road in the same light. Really though, my mom can say it better than I can, as she did in the words she wrote for her “A Hard Road Passing” introduction. 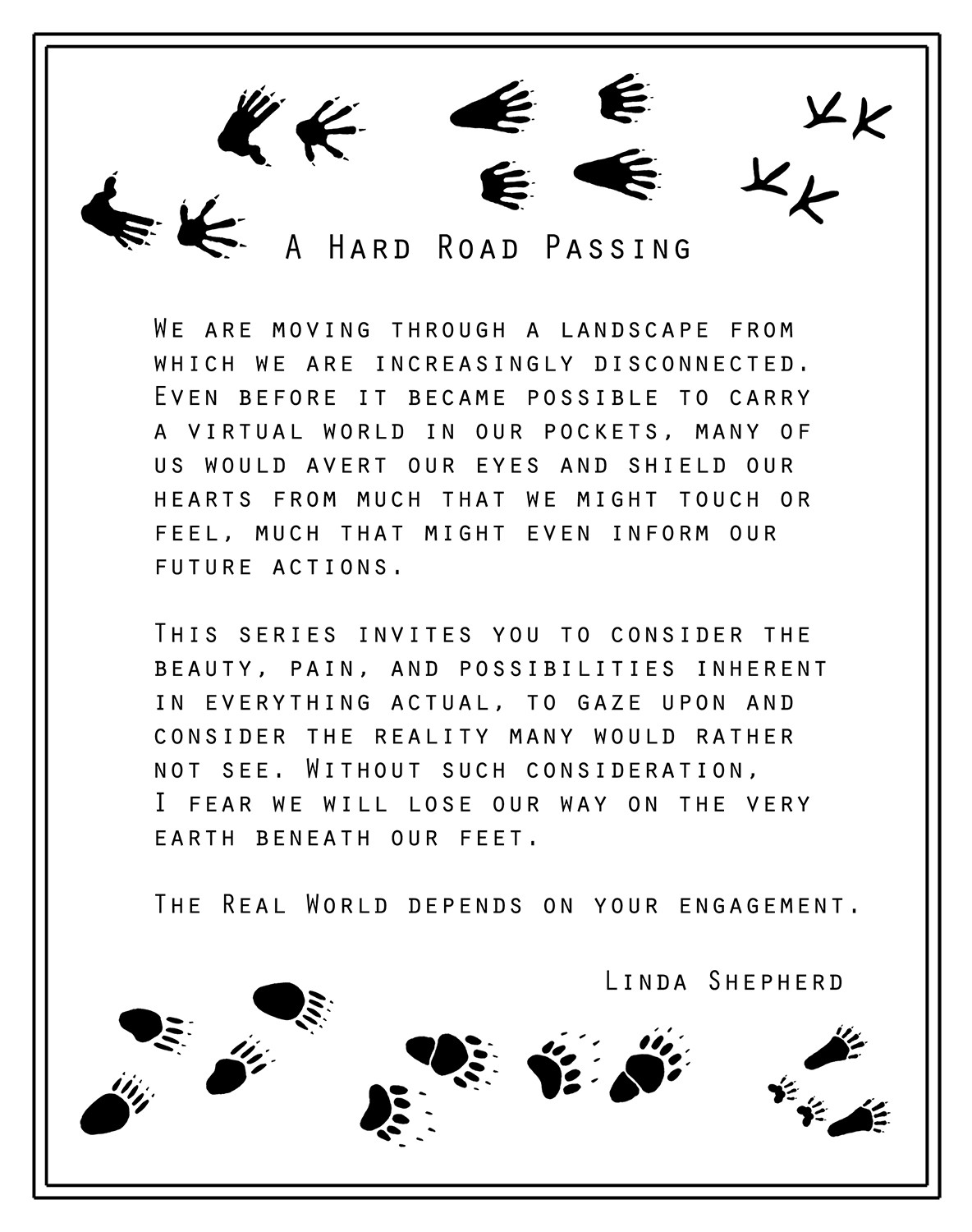 I’ve chosen to display a few of her pieces here in my blog. If you’d like to see all of the pieces in the display in person, you have one more week to do so at Art Gallery 505 in Toledo, WA. Every  month my mother displays her artwork there, and this month’s theme is “The Hard Stuff,” which was the perfect theme for her to finally debut her fallen animals series. 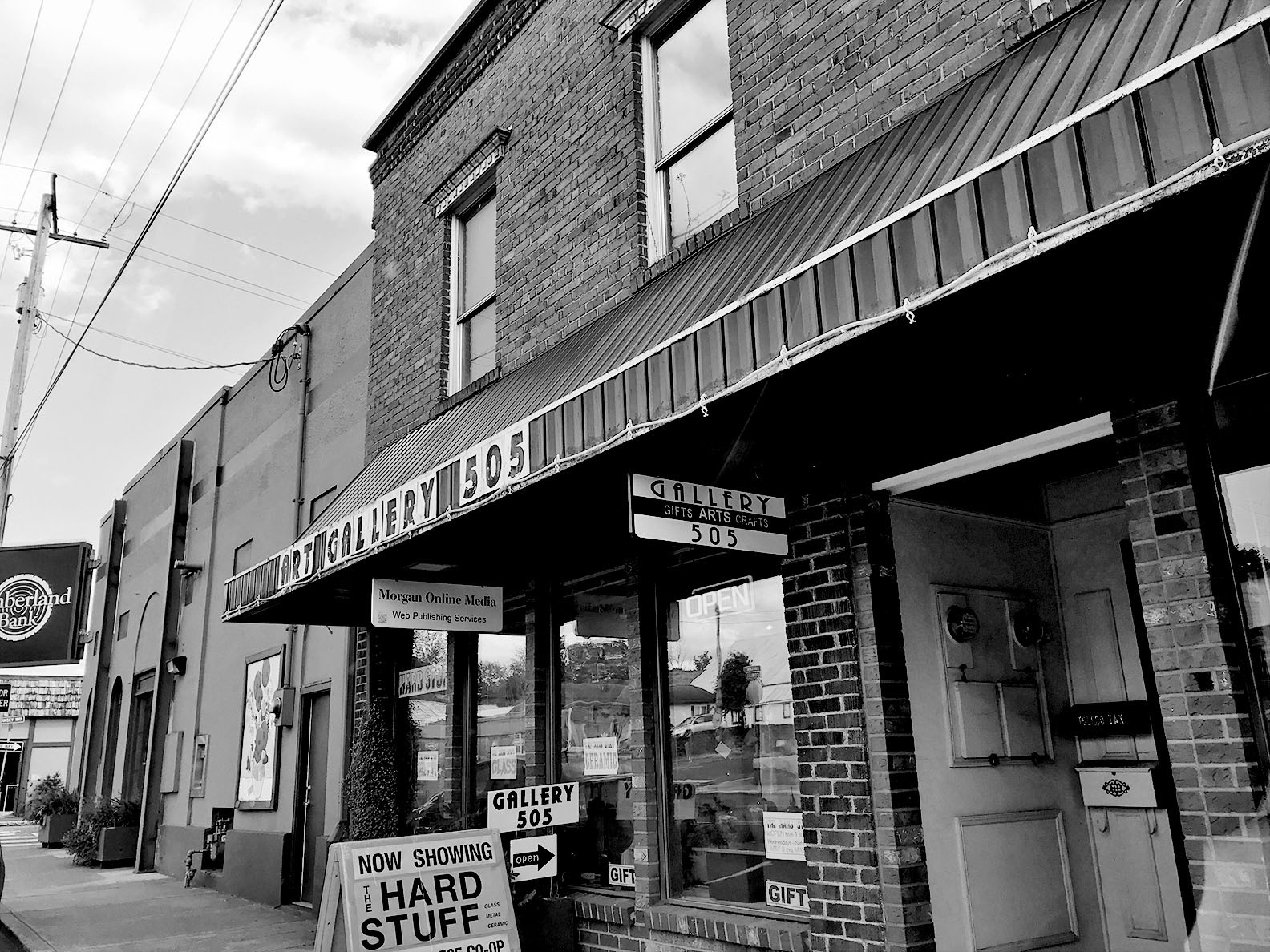 Art Gallery 505 is a small gallery on scenic route 505, which is one of the major routes to Mt. St. Helens (the mountain that famously erupted in 1980). Still today, the mountain draws people from around the world to its visitor center and hiking routes. Therefore, most of the buyers at the gallery are tourists from out of state.

Last week, my husband Eric and I visited the gallery with my mom to see her art on full display.  She had chosen seven of her favorite pieces to frame along with her “A Hard Road Passing” introduction. Seeing it displayed on the wall was very moving for me, and I’m so happy that she went forward with this piece! While it’s certainly not art for everyone and it would take a special kind of person to want to buy and display one of these pieces on his or her own wall, it has definitely caused interesting conversations. 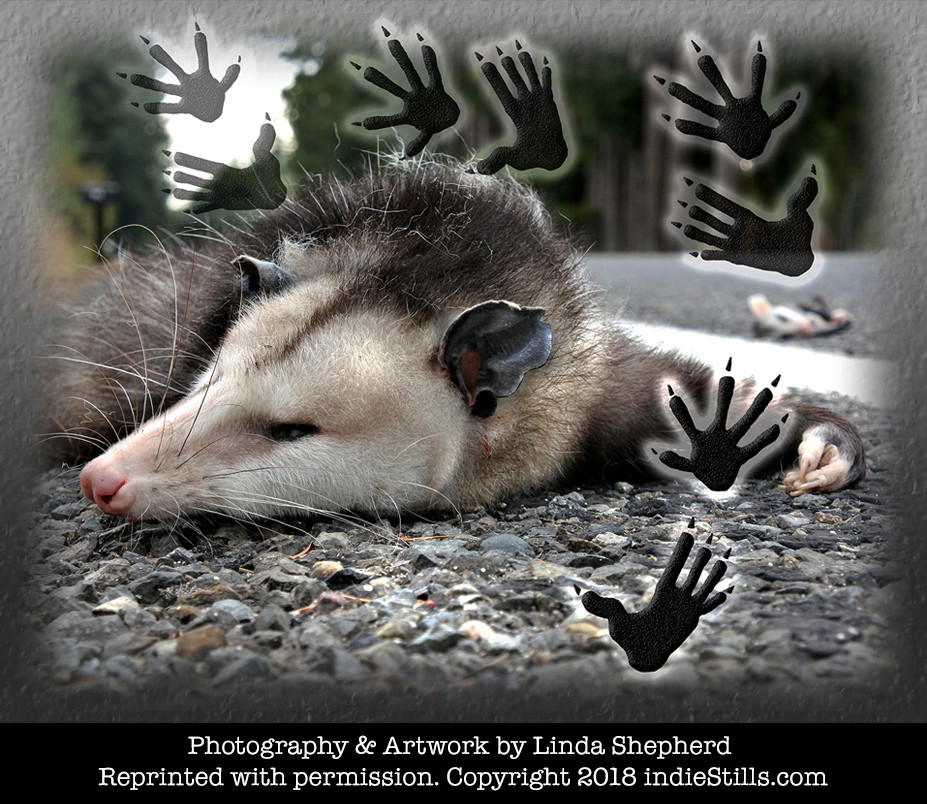 Besides, one of the best parts about art isn’t so much the displaying of it and selling it, it’s the creative process of making it. And my mom has definitely had an interesting and often inspiring time shooting dead animals on the side of the road. She’s always done her photographing on country roads that don’t get a lot of traffic, and she never moves or touches the animals. Occasionally, people will cruise by in their car, often staring in wonderment as they pass. Occasionally, they will stop and ask questions. 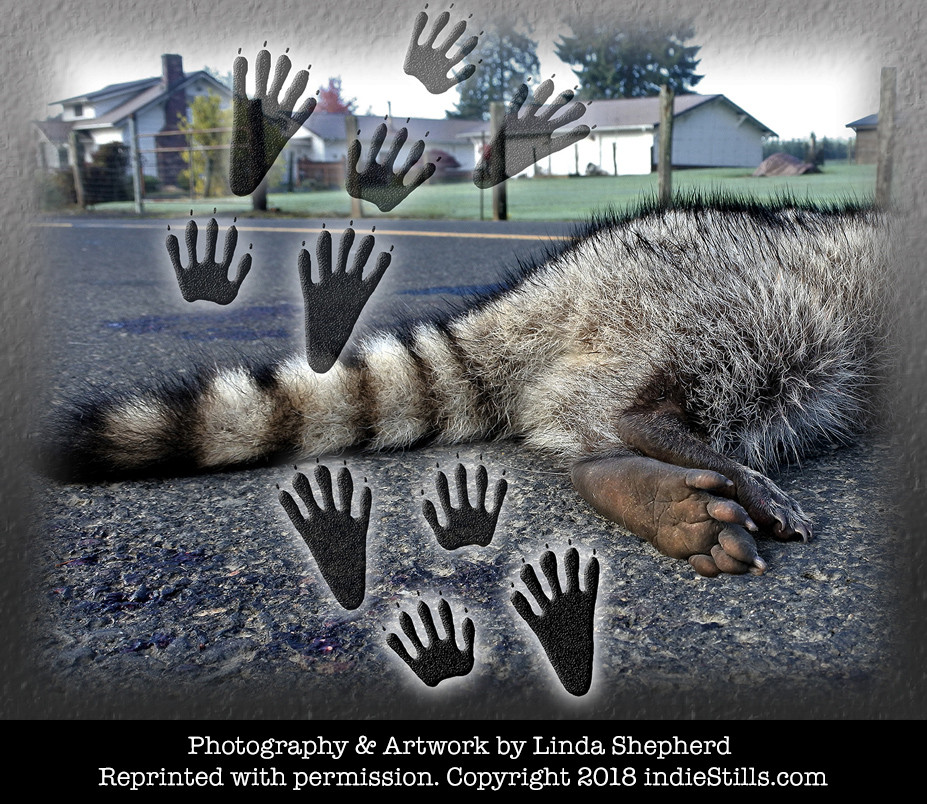 No, my mother did not kill the raccoon. But someone did, and so there it lay. And in the eyes of an artist, that raccoon was not just road kill. It was a story worth telling and a thought worth considering. It was “A Hard Road Passing.”

For view more of Linda Shepherd’s photography and art, or to contact her, visit her website:
www.indieStills.com

———
Hallie Shepherd is a writer, actress, and film producer. Follow her on Instagram where she celebrates the stories we tell.