The Kennedy family has always been of interest to the American public. There’s never been a shortage of movies, books, and documentaries about them. Some good, some not so good. Currently, there are two Kennedy things you need to add to your Must-Watch List: 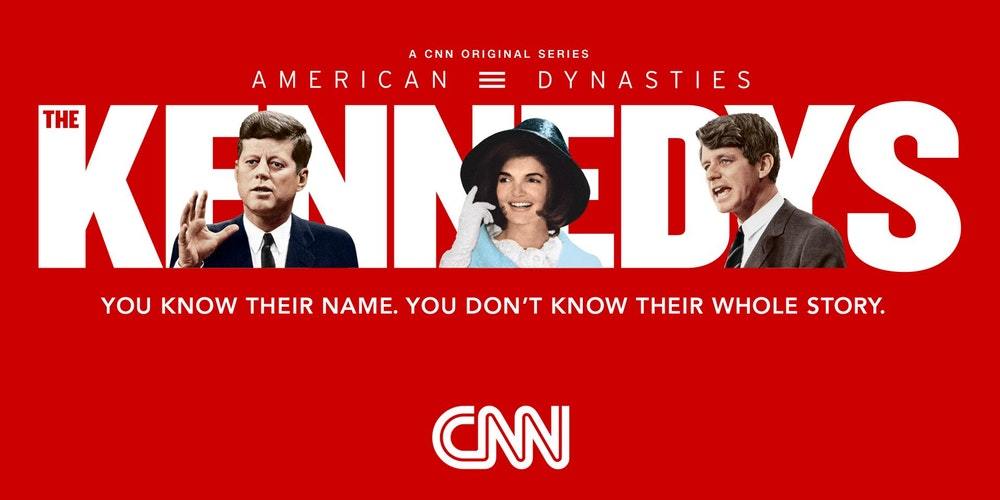 Airing on Sundays at 9PM EST on CNN, this limited series is a fascinating look into the political and personal lives of the Kennedy clan: their accomplishments, their tragedies, their strengths, and their shortcomings.

The series is narrated by Martin Sheen, and it includes never before seen footage (the Kennedys filmed a lot of home videos). In the time before social media, reality TV, and excessive tabloid and news coverage, the Kennedys saw the value in carefully crafting a public face and presenting a classy yet likeable image. The series manages to blend the perfect amount of historical information with shiny imagery and insider details. 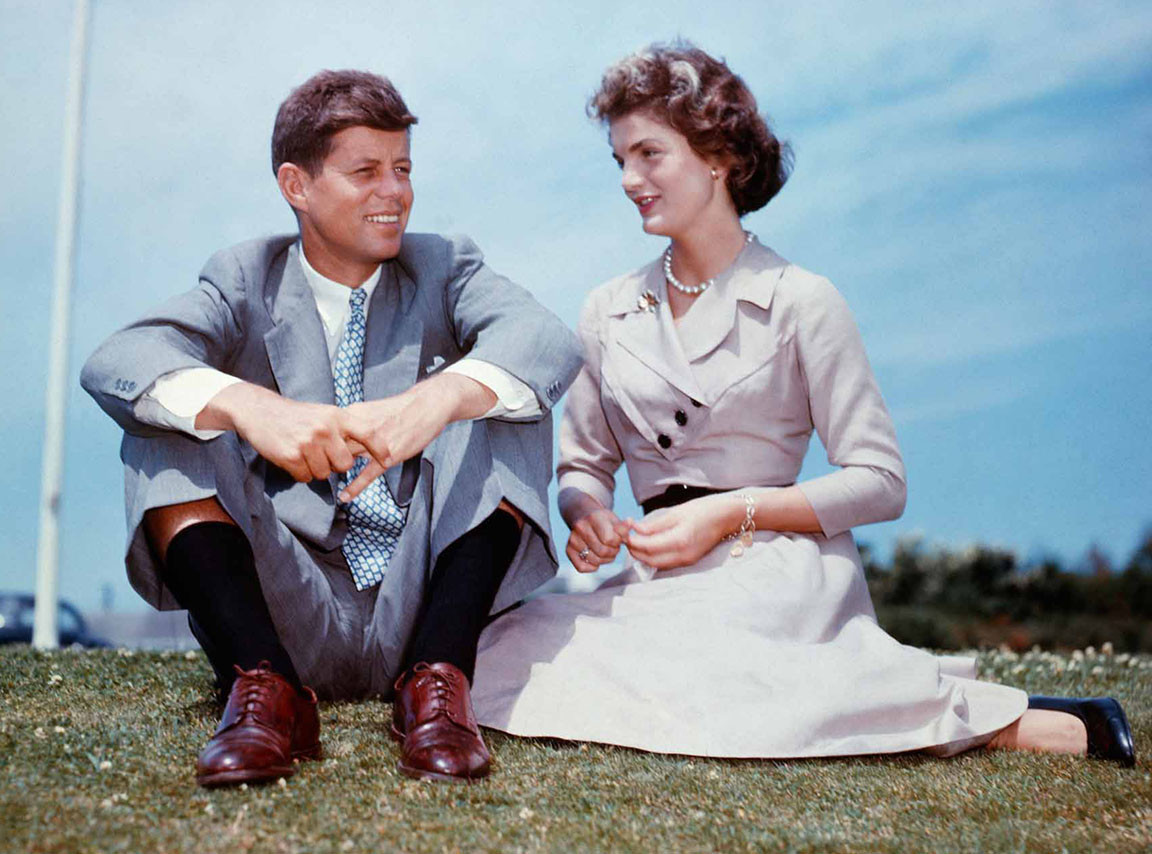 While the series naturally spends a lot of time covering John “Jack” Kennedy (a.k.a. JFK) and Jacqueline Kennedy, it doesn’t skimp on coverage of the Kennedy parents and other siblings. The parents were in politics themselves and pushed their children into it with a fierce determination, sometimes to tragic consequences. JFK had three brothers and five sisters. Of the nine siblings (including JFK), two were assassinated while in politics, one died  on a military mission, one died in a private plane crash, and one was rendered intellectually disabled after a botched lobotomy. 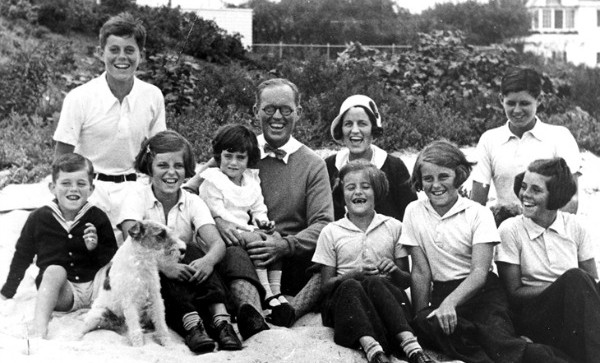 Through watching this series, I’ve found Robert F. “Bobby” Kennedy to be the most impressive, inspiring Kennedy of all. Five episodes have aired thus far, and episode 6 will include his assassination. I’m dreading watching this heartbreaking episode, because while this series is highly informational, it also has heart. It never loses sight of the fact that these are just people with feelings and flaws like everyone else.

I give this mini-series an ‘A’ grade. I highly, highly recommend it!

Currently airing on CNN with past episodes available On Demand. 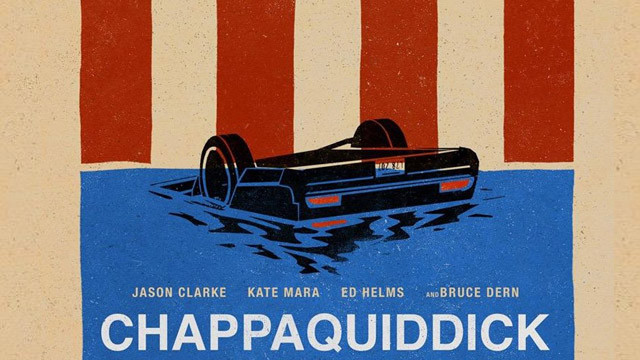 This drama is about the 1969 “Chappaquiddick incident” in which Senator Ted Kennedy (JFK’s youngest brother) drove his car into a lake. The accident killed his passenger Mary Jo Kopechne, a former secretary and political campaign specialist for the late Bobby Kennedy. In the film, Ted is portrayed by Jason Clarke and Mary Jo is portrayed by Kata Mara.

I just saw this in theatres last night, and it was fascinating. Given that I’m currently watching American Dynasties: The Kennedys, I have an elevated interest in the Kennedy family since I’m immersed in their history right now.

However, you don’t need to be watching that series to appreciate this movie. It’s an interesting story that explores a lot of topics, including morality, political power and corruption, loyalty, family pressure, and PR manipulations. While I felt the movie lacked a bit in passion, it makes up for that by being purely fascinating. You are watching the car wreck, literally and figuratively.

Ted Kennedy’s actions following the wreck are bad. He didn’t report the accident for at least eight hours. The movie portrays him as struggling with how to handle the situation given that a Presidential bid is on the horizon and the “Chappaquiddick incident” would surely destroy those hopes. Ted’s testimony of the accident eventually differs from the movie’s portrayal that political damage control was his main concern following the accident. Instead, Ted claims that a concussion and shock caused the delay in his reporting. You can draw your own conclusions.

(And while I’m not going to go into any of them here, it’s worth noting that other theories do abound as to what may have happened that night, including a theory that Ted wasn’t in the car at all. For the purpose of this blog, I’m going to stick to the movie’s presentation and the commonly held beliefs surrounding the incident).

In no way do I excuse Ted’s actions. But at the same time, it did make me ponder the fact that we live in a society where doing the right thing is often punished even more so than taking the shady, questionable route. Ted Kennedy was able to have a long-lasting political career as a Senator, in part because the “Chappaquiddick incident” was presented to the press and public in a way that made it more tolerable to forgive him. No one – including Ted – disputes that he drove his car into that lake. It’s the hours after the wreck that are murky. Do I think Ted was likely freaking out, maybe consulting with his advisors and those closest to him? Probably something along those lines. The movie certainly presents that angle. 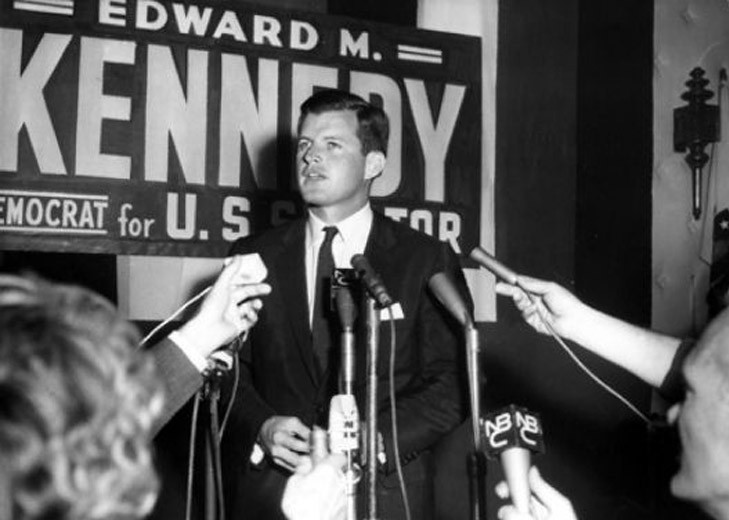 He could have (and should have) called the authorities immediately and said, “I was in an accident. Come right away!” However, he may have felt that calling immediately without putting a strategy into place first might have destroyed his career. And whether you agree with the Kennedy family’s political stances or not, the Kennedys themselves believed that they could change the world for the better. Yes, they may have craved power and prestige. But as a family in politics, they had already made many accomplishments within the Civil Rights Movement, with deescalating nuclear tension and dismantling nuclear arms with Russia, and with taking on the Mafia and organized crime. So many people would argue that losing the final Kennedy son as a Presidential hopeful wouldn’t just have been a loss only for the Kennedys but a loss to the country as well.

Ultimately, none of that excuses Ted Kennedy’s actions. He was wrong. But he’s also a flawed human being just like everyone else.  And I think it’s sad that society considers it worse to be honest and to admit fault than it is to spin a story to diminish culpability. This movie sheds light on that, and it’s certainly a timely topic in this country. Some people will probably walk away from this movie thinking that Ted Kennedy was a tool. But I walked away from this movie thinking, “Oh my God. Are we all tools?”

For giving me that existential deliberation (plus an hour and a half of engaged entertainment), I give it a solid ‘B+’ grade.