Reading The Awakening by Kate Chopin in New Orleans

During my junior year in college, I took a literature class that focused on short stories and poetry. There were three writers/pieces that I still remember feeling deeply moved by at that time:
1. The poetry of Sylvia Plath
2. The dark and unsettling short story “A Good Man is Hard to Find” by Flannery O’Connor
3. An excerpt from Kate Chopin’s 1899 novel The Awakening

I don’t know why I never went back to read the book in its entirety… until now.

I’m in New Orleans at the moment working on the film Louisiana Caviar. There isn’t a lot of time for reading, so I thought that Kate Chopin’s slim novel The Awakening was perfect for this trip. My version clocks in at 116 pages, and the book is set in New Orleans and Grand Isle (just outside of New Orleans).

To fully appreciate this book, you must take into consideration the time in which it was written and published. The author, Kate Chopin, is interesting in and of herself. She was a wife and mother, but she didn’t adhere to many of the social conventions at the time, favoring long walks alone, horseback rides through town, and cigarettes over typical feminine household chores and diversions. She had very progressive views about female equality and sexuality.

When her husband died suddenly in 1882 from swamp fever, Chopin was only thirty-two years old. Though devastated by his death, she came to enjoy the independence of being  a widow. She was even rumored to have had an affair with a married man.

But it wasn’t until 1889 that Chopin began to write fiction. Thirty-nine years old. How awesome is that for all the late bloomers out there? She sold dozens of short stories and essays that explored themes of independence and love and passion.  Some of her writing was controversial for the time, but because she focused her stories on specific communities, it was easy for her more conservative readers to choose to view her stories as a window into a strange local culture as opposed to a statement on universal human nature. Chopin was widely recognized and celebrated. 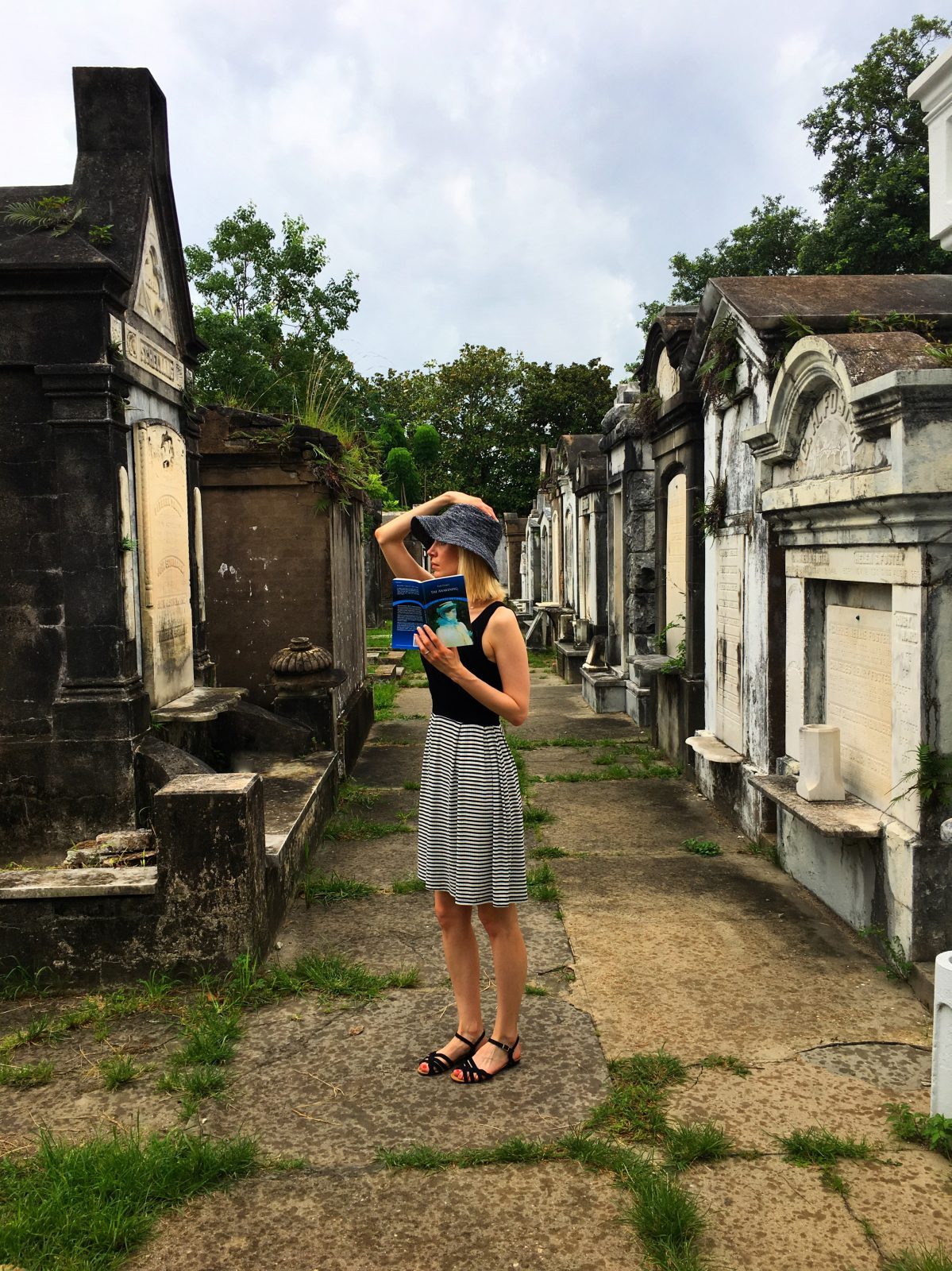 Her second and final novel, The Awakening, brought all of that to an end. The story is about Edna Pontellier and her struggle between her increasingly unconventional views on being a woman and a mother versus the prevailing social attitudes of the time in the American South. We now recognize this novel as a landmark work in the very early days of feminism, but unfortunately at the time, much of the reading public was outraged by what they perceived as Chopin’s sympathetic view toward her sexually aware, emotionally rich, independent female protagonist. Edna is a character that I loved reading about, but most readers in 1899 just weren’t ready to have their thinking and conventions challenged.

Surprised and hurt by the negative reaction to The Awakening, Chopin never wrote another novel. She only published three more short stories before she died of a brain hemorrhage in 1904…. And just typing this paragraph makes me want to cry. Or punch the wall or something equally dramatic.

But alas, there’s no time for tears or trashing my hotel room, but there is enough time to celebrate this novel and the bravery and open-minded thinking of its author (while reading it in random locations around the city of New Orleans). So that’s what I did. Finally. All those years after I was once a twenty-year-old college student reading her words for the first time.

Reading this novel in New Orleans, I found myself deeply moved by  certain passages at the daringness of Chopin to write the things she wrote at a time when it was almost unheard of for women to share such deep and conflicted thoughts and feelings. She’s right up there with Sylvia Plath as one of my favorite female literary pioneers.

While the book is a little bit slow to begin, it is almost appropriately so. Perhaps by design even. But before you know it, you are swept into the slowly building emotions, passion, and frustration that is building inside the heroine of the story (Edna) as she awakens to her own desires and feelings.

Edna  feels trapped inside a passionless marriage, and she feels impatient living within a society full of rules, expectations, and judgments. She sometimes even feels indifferent to her own young children. At times she comes across as selfish, but reading this with a contemporary eye, I feel like I am reading about a character who unknowingly suffers from depression (at a time when that diagnosis and understanding was not available). She feels suffocated by an oppressive world with limited options and naturally, this makes her feels hopeless and bored and sad at times.

When Edna falls in love with another man, her sense of wonder is reawakened. And then as she grapples with the reality that she can’t have this man as she wishes she could, she swings between hope and despondency. She suffers privately, sometimes with a deep understanding of her own feelings and sometimes unconsciously so, almost as though she doesn’t know her own mind and heart. This makes perfect sense of course, because she has no life experience to draw from within the confines of her society and situation. And there is no trusted friend or family member to help her sort through her feelings. It’s 1899 and she has only her own mind to secretly contend with.

I think that it must have been so very difficult to be essentially without a voice as a woman in 1899. Kate Chopin was bold and courageous to write a book that highlighted that reality. She was certainly ahead of her time when The Awakening was published. And sadly, she was punished for it. Luckily, decades later, audiences rediscovered this gem of a story, and we now hail it as a literary classic.

Chopin never lived to see that positive reception, but it’s a good reminder to all creative people that the art you create – whatever it may be – may not find its audience immediately or even in your lifetime. But creating it and putting it into the universe is a meaningful act in and of itself. Someday, it may find the right home in the hands of the right reader, on the wall of the right house, or in the ears of the right music lover.

So my advice to you is to create and enjoy, and not worry about the critics. Oh, and read The Awakening.