Music history is rich with songs of heartbreak from the blues to those 80s hair bands departing from their standard rock anthems to sing us those sweet, sweet ballads to Adele’s chart-topping songs of today. What is it in us that wants to revel in those sad, mad, yearning, burning songs?

I’m going to highlight some of my favorites of this genre (which isn’t technically a genre, but you know what I mean): 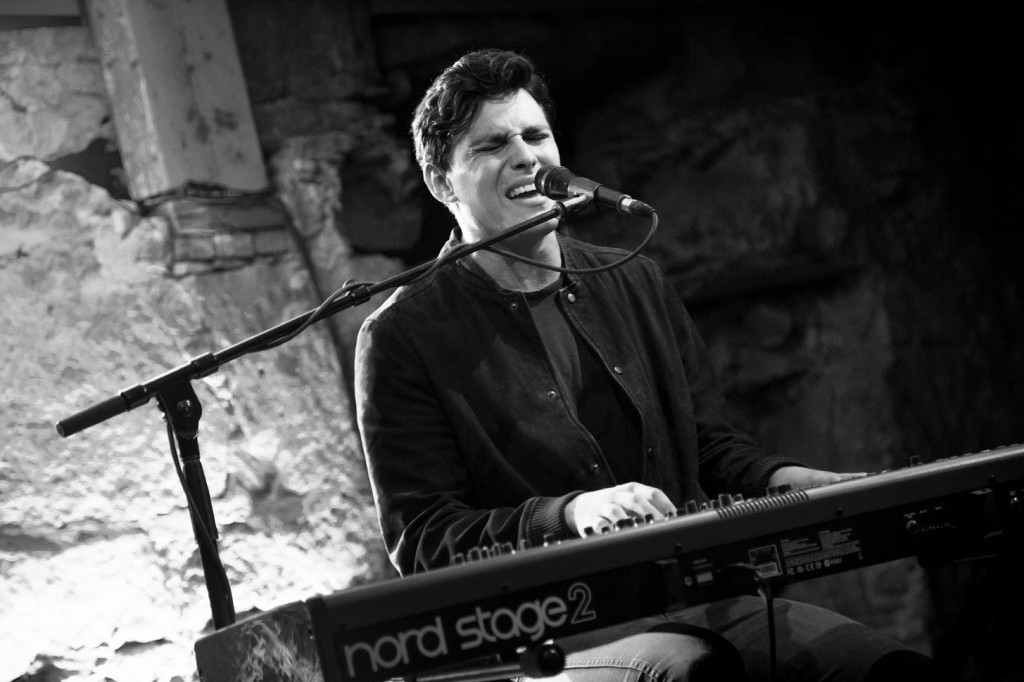 1. Midnight by Tor Miller (2015) – Only twice in my life have I walked the streets of New York City after midnight, and that was in the company of others, but this song makes me feel like I should walk those NYC streets alone and revel in that solitariness (don’t worry, Mom, I won’t really do it). The 23-year-old singer-songwriter (and native New Yorker) gives us longing and insight in this piano-driven song. 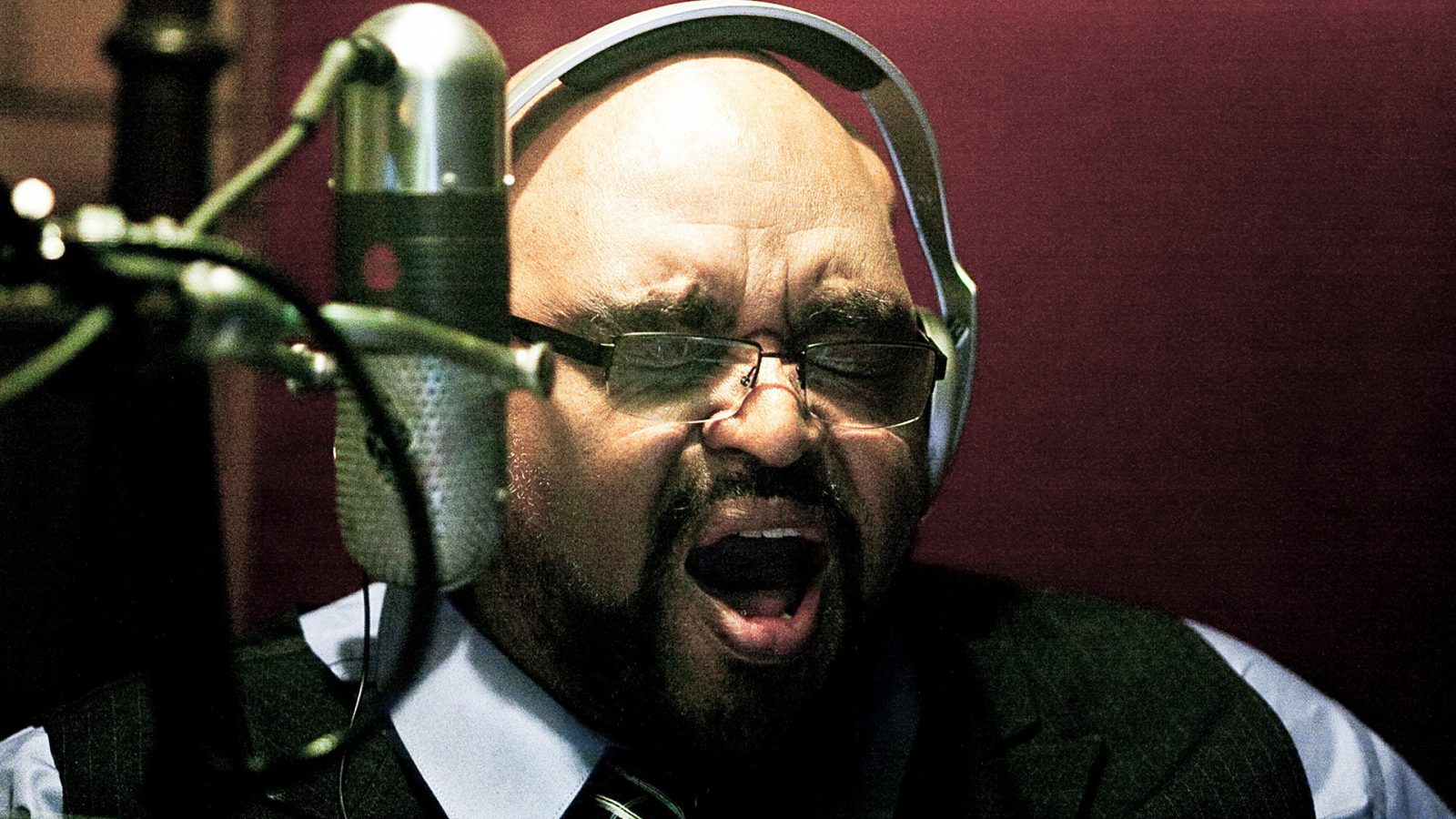 2. Cry to Me recorded by Solomon Burke (1962) – Does it decrease my authenticity as a brooding music lover if I admit that I know this song because it’s on the Dirty Dancing soundtrack? In any case, I have loved this song for decades, because yeah, sometimes, Solomon, I feel like crying to you. (Special note: For fans of Dirty Dancing or fans of my previous blog entries “For the Love of Silly 90s Thrillers,” I am planning to write an entry called “For the Love of Silly 80s Romances: Dirty Dancing,” so stay tuned).

When you’re all alone in your lonely room
And there’s nothing but the smell of her perfume
Don’t you feel like crying? 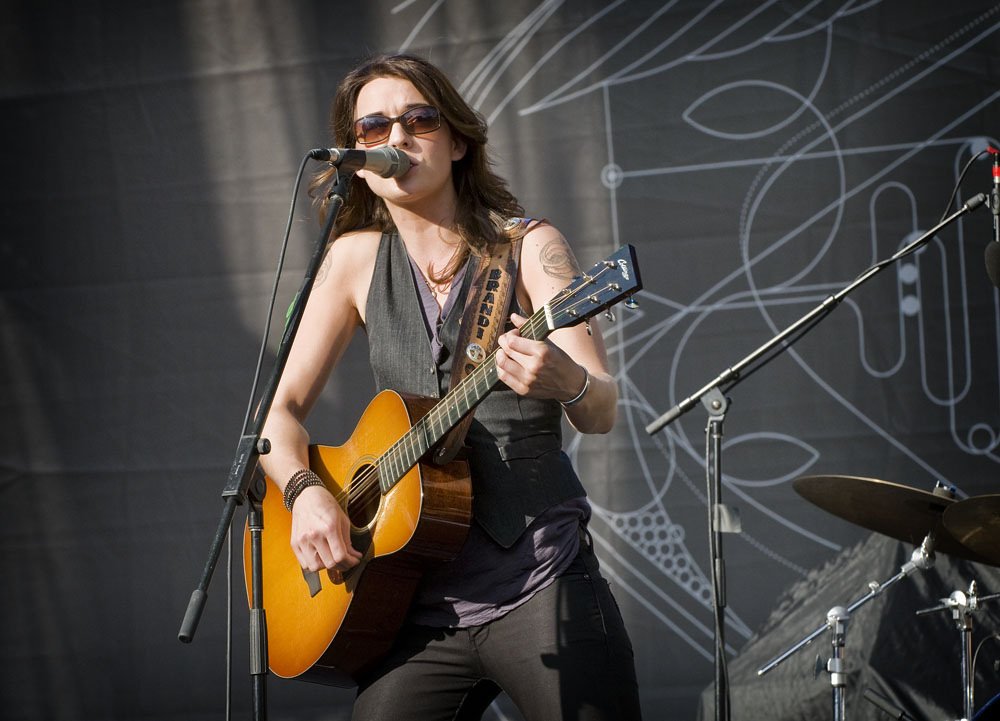 3. Brandi Carlile’s earlier albums (2011 and earlier) – Brandi Carlile is a folk-rock-adult-alternative singer-songwriter whom I’ve followed since her days of playing a weekly show at a small bar in Seattle during my college days.  I even own some Brandi songs that aren’t sold anywhere, because I purchased them from her mother who was sitting at a side booth selling her homemade CDs!

Brandi is a talented songwriter with a powerful voice that can slay the notes high, low, or anywhere with a crackling vulnerability and indomitable strength.  While I do like her more recent albums (2015’s The Firewatcher’s Daughter and 2012’s Bear Creek) which skew toward Americana/country folk rock, it’s the earlier albums that I love the most and that fit the topic of this blog. Here I’ll list those four (available) earlier albums and highlight my favorite songs:

2007’s The Story – The Story, Turpentine, My Song, Downpour, Hiding My Heart

2009’s Give Up the Ghost – Before it Breaks, That Year, Touching the Ground
(Sound-wise, this album sort of bridges the change from her earliest somewhat darker albums to her later more up-tempo/happier, folksy albums. It’s a good mix of both).

2011’s Live at Benaroya Hall – Wonderful live versions of some of the aforementioned songs, plus one of the most lovely versions of “Hallelujah” that I’ve ever heard. 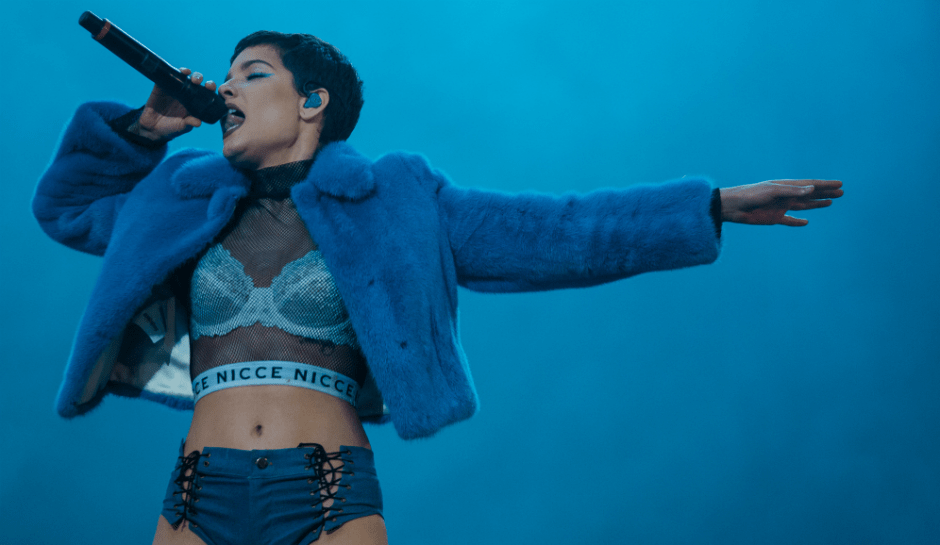 Halsey has become a pretty big pop artist in the last year with radio-released songs “Castle” and “Colors,” guest vocals on The Chainsmokers’ “Closer,” and last month’s Top 40 single “Now or Never” from her just released new album (which I’ve been listening to and really liking). And while I like every single one of the aforementioned songs (they’re catchy and she has a unique voice), her darker, deeper songs are the ones that I really love the most.

In 2014, Halsey released a five-song EP entitled Room 93. In my opinion, two of her best songs ever are on that EP: The dark and passionate stripped down piano song “Trouble” and the haunting, poignant “Is There Somewhere.”

In 2015, she released her first full studio album Badlands, which is the album that gave us the great singles “Colors” and “Castle.” More notable to this blog entry: This is the album that also gave us the dreamy, moody “Young God,” the desperate, hungry “Haunting,” the catchy, raw “Hold Me Down,” and the angry “Strange Love.”

Notable lyrics from “Is There Somewhere”

He says, Oh, baby girl, don’t get cut on my edges
I’m the king of everything and oh, my tongue is a weapon
There’s a light in the crack that’s separating your thighs
And if you want to go to heaven you should fuck me tonight 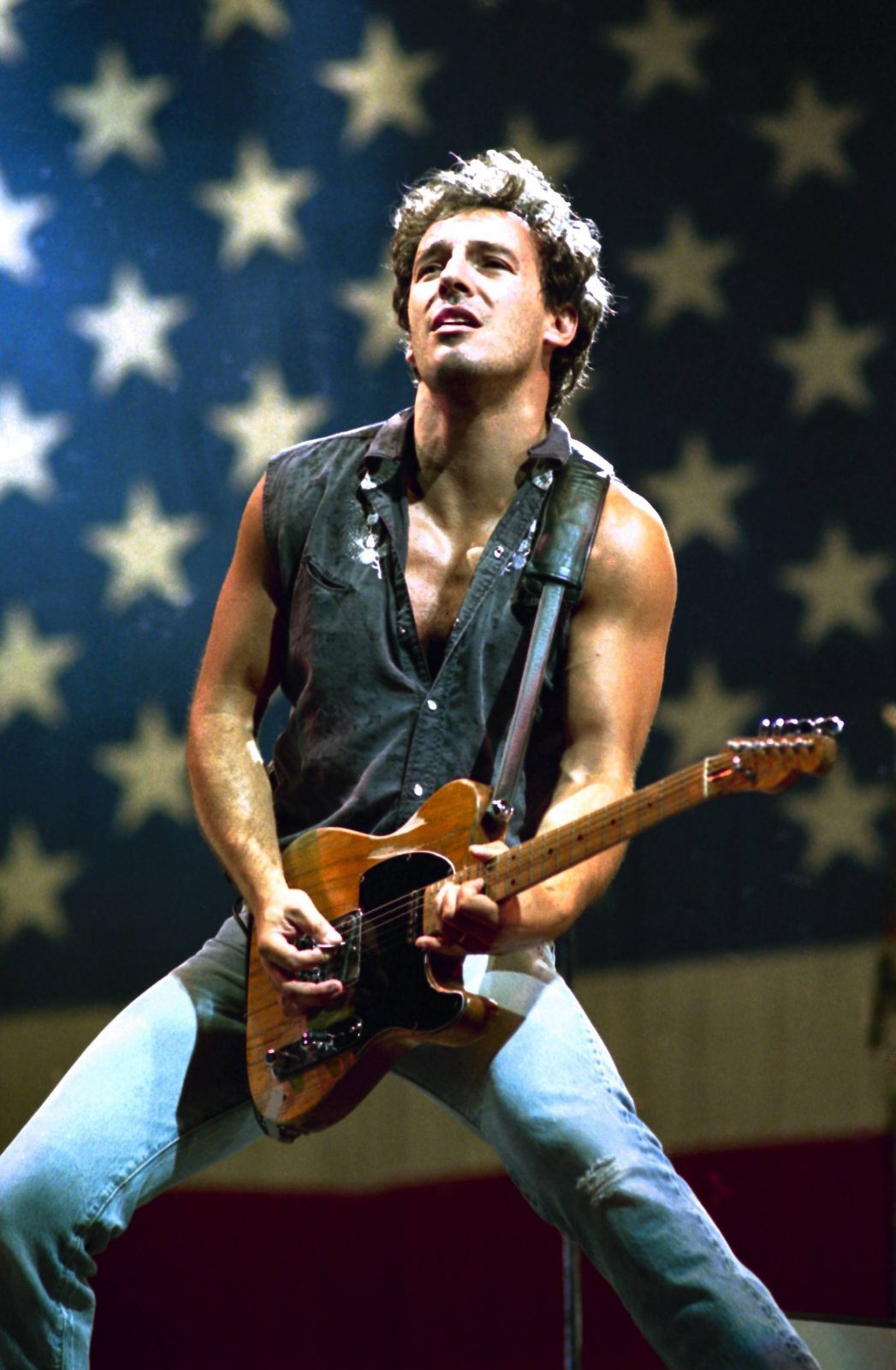 5. I’m on Fire by Bruce Springsteen (1985) – Oh, Bruce. This song just kills me. It’s sexy and mysterious with an ominous undertone and a simple arrangement that is so effective.

Sometimes it’s like someone took a knife, baby
Edgy and dull
And cut a six-inch valley
Through the middle of my soul/skull*

*For years, I thought it was “soul.” But upon a recent listening, I swore he sang “skull,” and thereafter, I had a discussion with a friend who confirmed that it is indeed “skull.” But in writing this blog, I went online to check the lyrics (though I am aware that online lyric databases are ripe with errors), and multiple places listed it as “through the middle of my soul.” There also seems to be many online debates among listeners. So what is it? Soul or skull?! Either way, it’s cool. “Soul” feels like an all-consuming pain ripping through one’s heart, and “skull” feels more visceral and violent. If you have an opinion – or even better KNOWLEDGE! – please post it in the comments section. 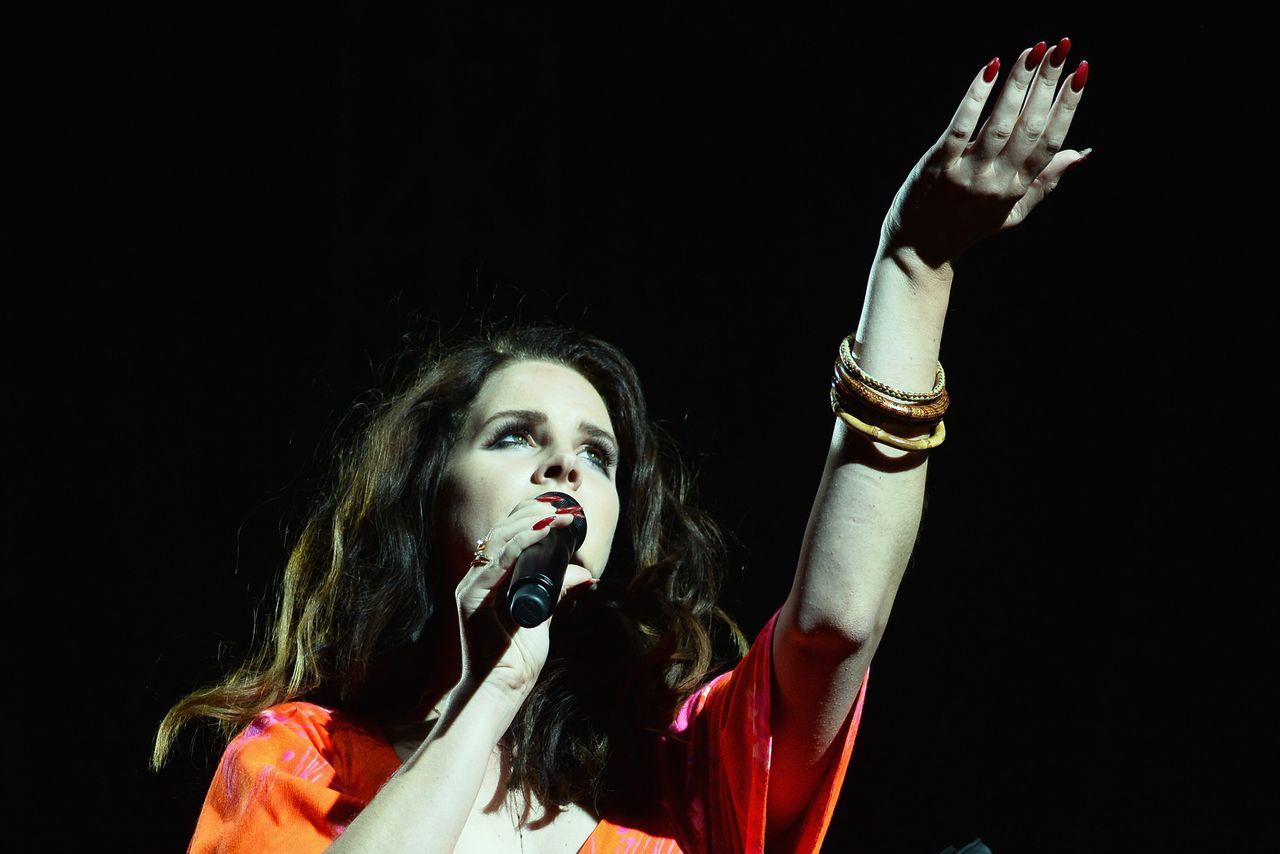 6. Lana Del Rey – I’m not going to write about her here, because I already devoted an entire blog entry to her musical talents and sometimes controversial persona, so you can read about that here.