Tiny Stories Inspired by the Art of Robert McGinnis 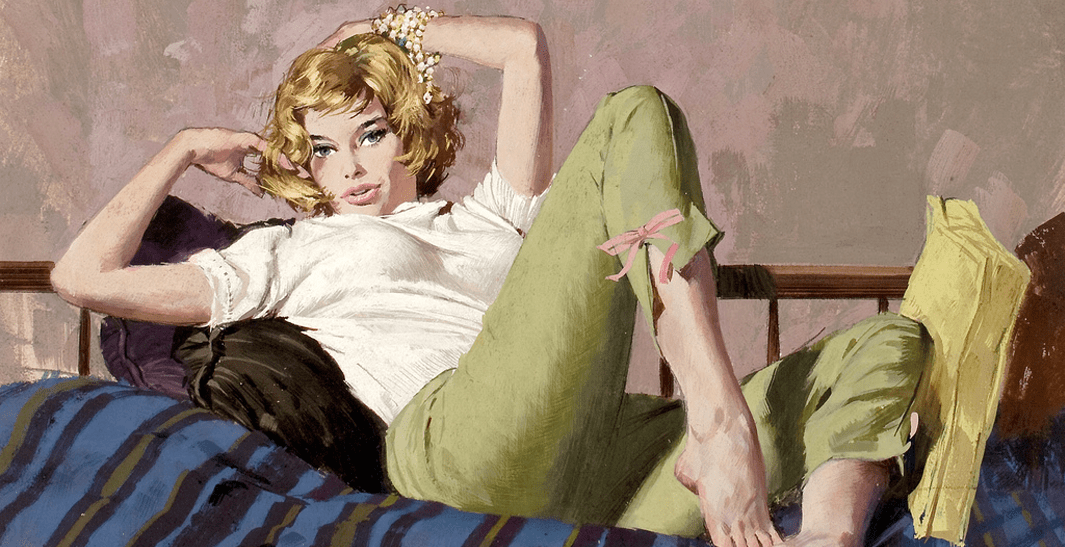 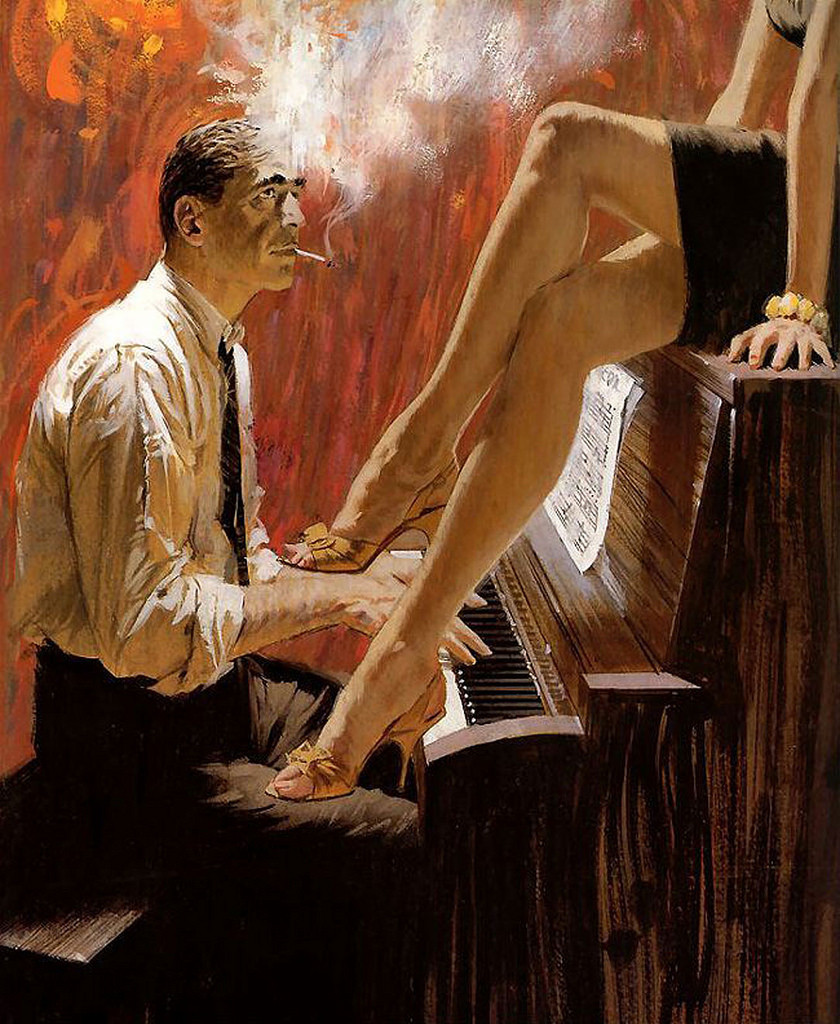 Last week, I came across an absolutely delightful piece of artwork that I could not stop pondering. It was a Robert McGinnis piece from 1960 of a man playing the piano. A cigarette dangling from his mouth, the man peered up at a woman sitting atop his piano. The woman’s face wasn’t shown, just her long legs and high-heeled feet. I thought, “Well, what’s going on here?” And I proceeded to write a (very, very) short story about the moment between these two characters.

Inspired by this piece, I looked up Robert McGinnis online and poured over his other work. Born in 1926, McGinnis is known for illustrating over 40 movie posters (including Breakfast at Tiffany’s and several James Bond films) and over 1,200 paperback books.

Robert McGinnis is 91 years old now but he’s not done creating his unique art. Last year,  he illustrated the covers of best-selling author Neil Gaiman’s reissued novels. Gaiman had been a fan of McGinnis’s work since boyhood. According to last month’s Vanity Fair article about McGinnis: “The covers of the new Gaiman paperbacks—one featuring sultry beauties, another an otherworldly Merlin character—are an homage to Robert McGinnis,’ Gaiman asserts, ‘by Robert McGinnis.”

I love McGinnis’s romantic yet edgy, sultry, mysterious artwork, and I’m excited to debut a new section on my website called “Tiny Stories.” Inspired by a Robert McGinnis piece (or perhaps another artist’s work), I will craft very short stories about images that get my imagination spinning. Check back regularly, as I’ll be posting new ones often.