An Intimate Concert with Vanessa Carlton 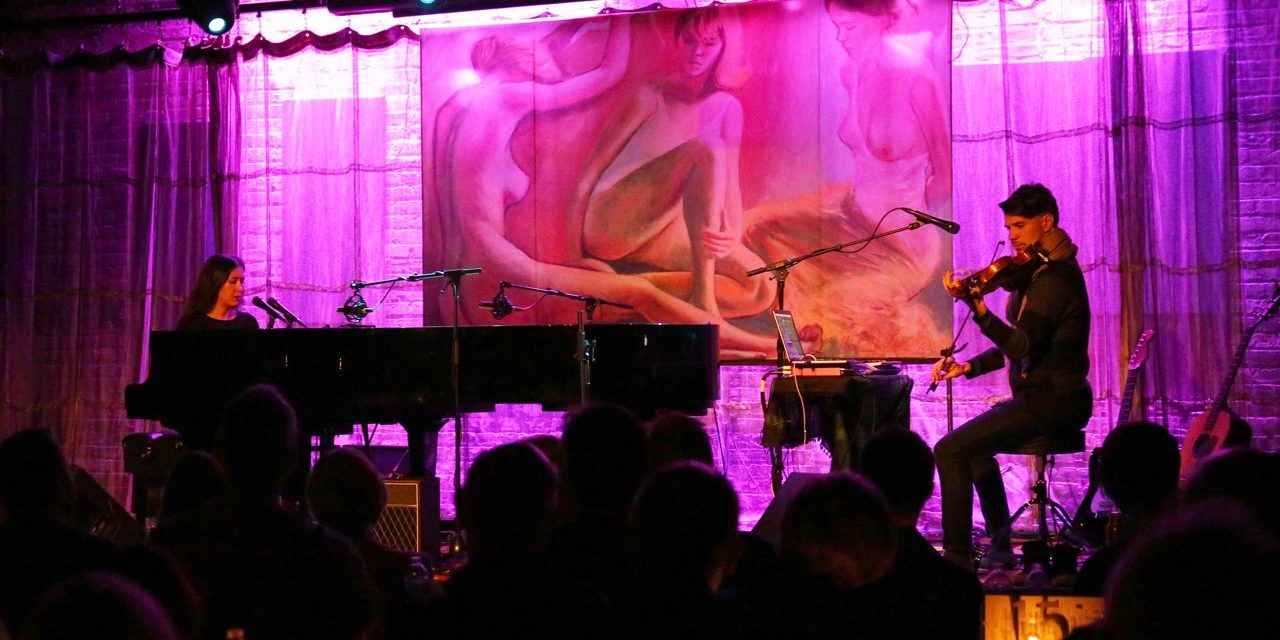 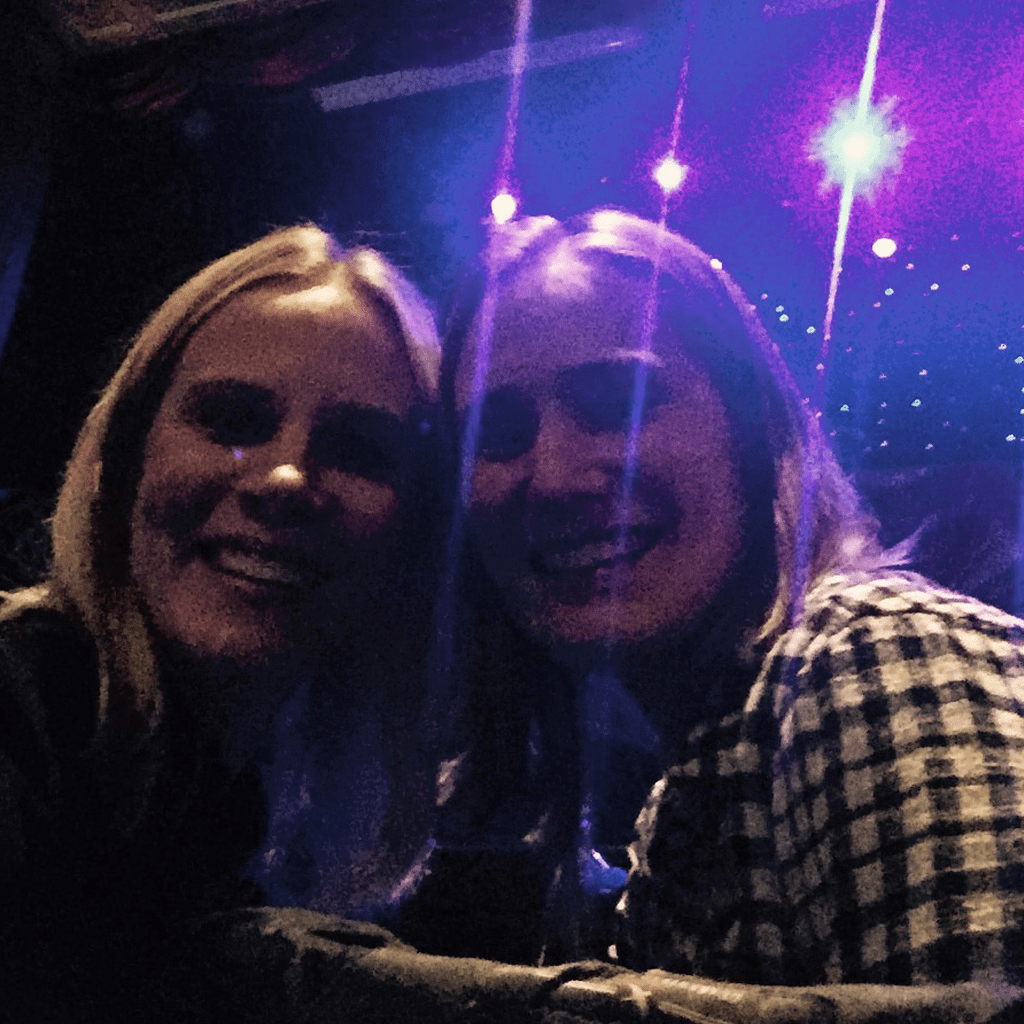 Last week, my sister and I attended the Vanessa Carlton concert at the Triple Door in Seattle (I know, I know, I’m a bit slow in posting this, but I’ve been busy….). The Triple Door is an intimate bar and concert venue, which is always the best kind of place to see your favorite artists. Small venues put you close enough to feel the performers’ energy and take in their facial expressions. There is also usually much more control of the sound and acoustics. The Triple Door is a fantastic venue and they serve great food and drinks too, so I definitely recommend seeing any concert there.

To give a little history into Vanessa Carlton, she burst onto the musical scene in 2002 as a singer-songwriter (and pianist) with the radio hit “One Thousand Miles” off her first album with A & M Records. That year, she was nominated for the Billboard award “New Artist of the Year.” After that, Vanessa recorded two more albums with A & M and then broke with the label to independently record and release two additional full-length albums (plus a holiday EP). I’ve followed her musical career since the first time I heard her piano chords layered with her lovely and haunting voice. I’ve always loved piano music (Damn! Why did I quit my lessons when I was nine years old?)

As for Vanessa’s latest album Liberman, there is a studio version as well as a live version of it. I recommend the live version. I personally feel that the studio version sounds too produced. It almost sounds like Vanessa’s voice has been auto-tuned or manipulated in some manner in post-production, which is so strange given the amazing tenor of her voice. However, the live version of Liberman is fantastic, so be sure to check out that version before you make a full evaluation and purchase of her latest album.

Vanessa started the concert at the Triple Door by joking that she was going to first address the “elephant in the room,” and then her fingers started flying across the piano keys as those familiar opening chords of “One Thousand Miles” filled the venue. Everyone laughed, because yes, her first single ever has been her biggest single to date, but she’s recorded many moving and profound and unique songs since that one. However, it was still a big treat to hear her play this old favorite live with its intricate piano chords before she launched into more recent (and mature) pieces. 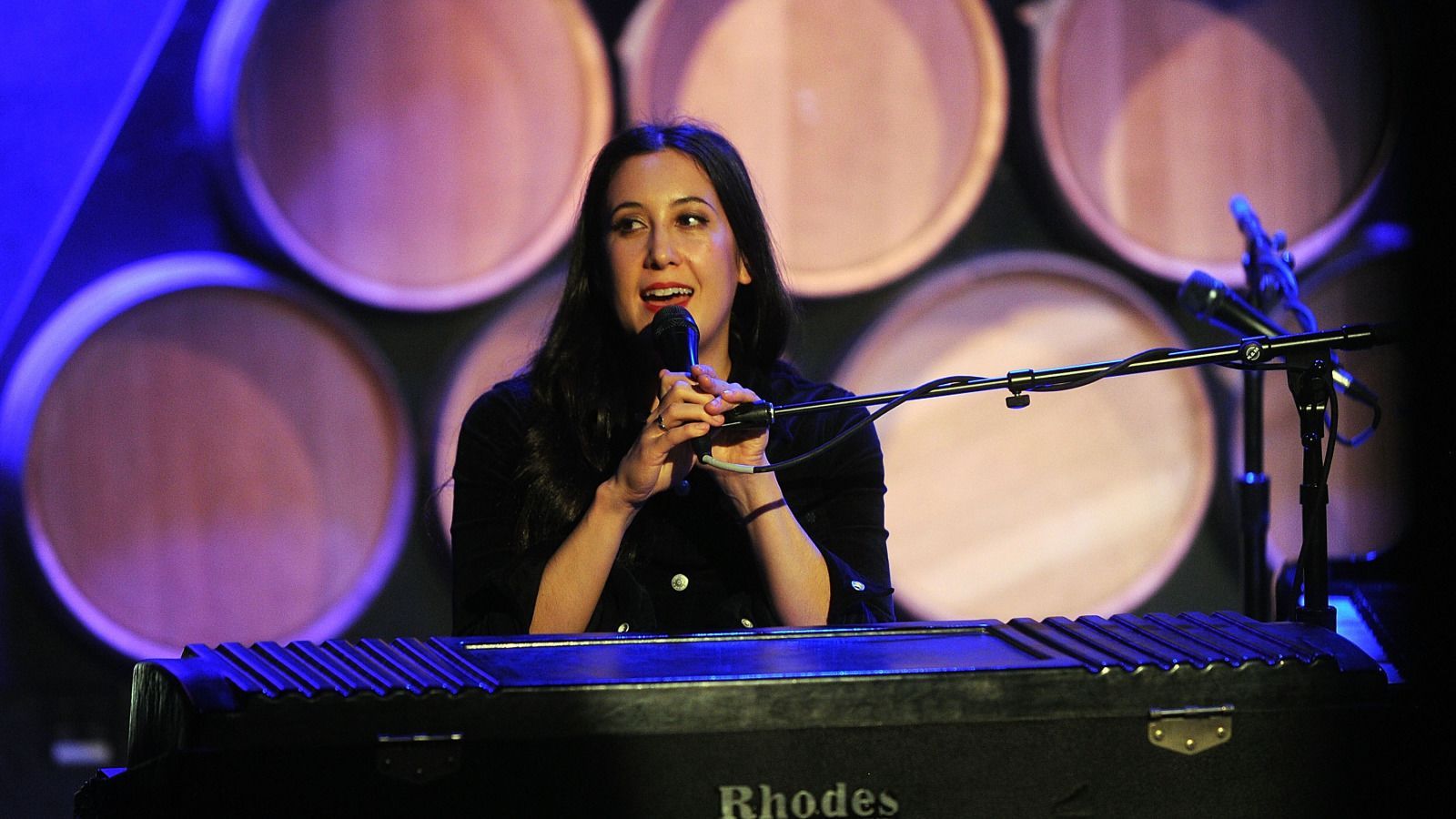 The concert was being streamed live to a children’s hospital so Vanessa acknowledged up front that she would have to try not to swear (she was successful in that attempt). She was accompanied by a violinist named Skye Steele who was also live-mixing and layering their sounds as they played (don’t ask me to technically explain this, but it was very cool).

One of the things that I loved about this concert is that Vanessa played songs from all five of her albums. When musicians go on tour, they often only play songs from their current album and if they do play older pieces, they usually only play their most popular. However, Vanessa performed a variety of songs from all five albums, giving us back story into each song. She also spoke of the freedom that she’s felt as an artist since breaking with a large record label, speaking to how it has changed her writing and creation process. She gave the audience a good laugh when she dryly stated that it hadn’t gone over so well with the label several years ago when she’d gone through her goth stage and was very interested in Victorian-era death scenes.

Let me give you a few concert highlights:

Blue Pool (Liberman) – On the back wall of the stage, a large piece of artwork was hanging, which was a reproduction of a painting that Vanessa’s grandfather painted. Growing up, it was always her favorite piece. The title of her latest album actually comes from the real last name of her grandfather, though she didn’t learn he was a Liberman until she was in her 20s. The story goes that while living in New York, her grandfather changed his name from Liberman to Lee because he felt he’d do better as an artist without a Jewish name. When her grandfather passed away, her grandmother gave her this particular painting. Vanessa wrote many of the songs for her latest album while contemplating and feeling inspired by this piece of family artwork and therefore, it felt right to title the album with the name that represents her true roots. 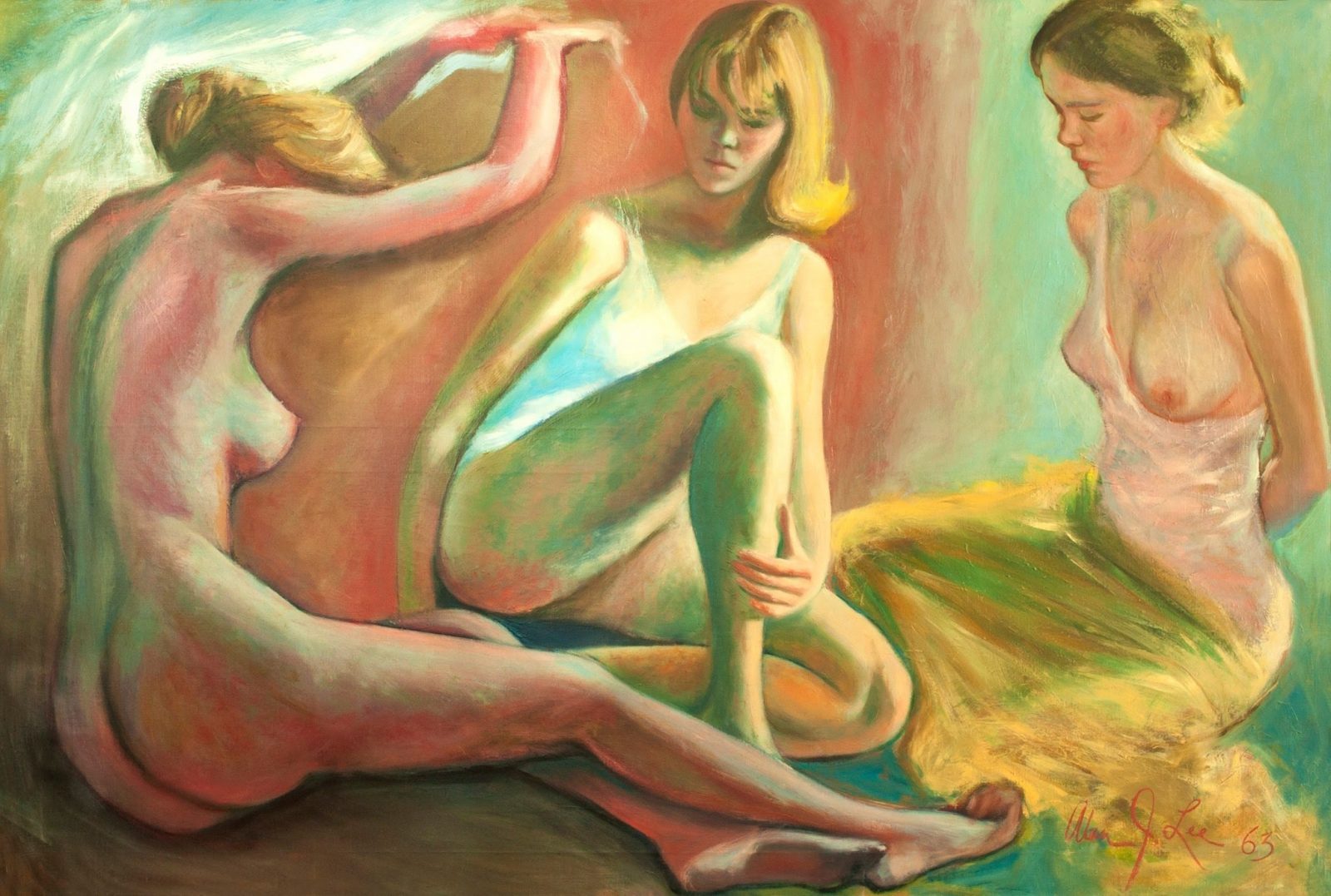 Who’s To Say (Harmonium) – Vanessa explained that this song was written for the LGBT community and that it’s just as important now (if not more so) than when she first released it in 2004.

White Houses (Harmonium) – I’ve always had a soft spot for this song, as it reminds me of my college days, so I was excited to hear it live. Vanessa explained how she wrote this song when she was contemplating the bonding experiences that we have when we leave home for the first time. These experiences take place within an ordinary house or apartment or dormitory, and then when the year is done , we pack up our things and leave. Then a whole new set of people move in to add their extraordinary coming-of-age experiences and secrets to such an ordinary house.

Operator (Liberman) – Wow. This song was amazing live! There is a pulsing, breathing, living undercurrent to the musicality of this song that you could feel throughout the entire venue. When Vanessa sang the final notes and the song came to its abrupt but perfect end,  there was a moment of silence where I could still feel the echo of the song inside me, and I believe that the entire room felt it too. And then everyone erupted into applause, and my sister and I just looked at each other and simply said, “WOW.” No other words were needed. 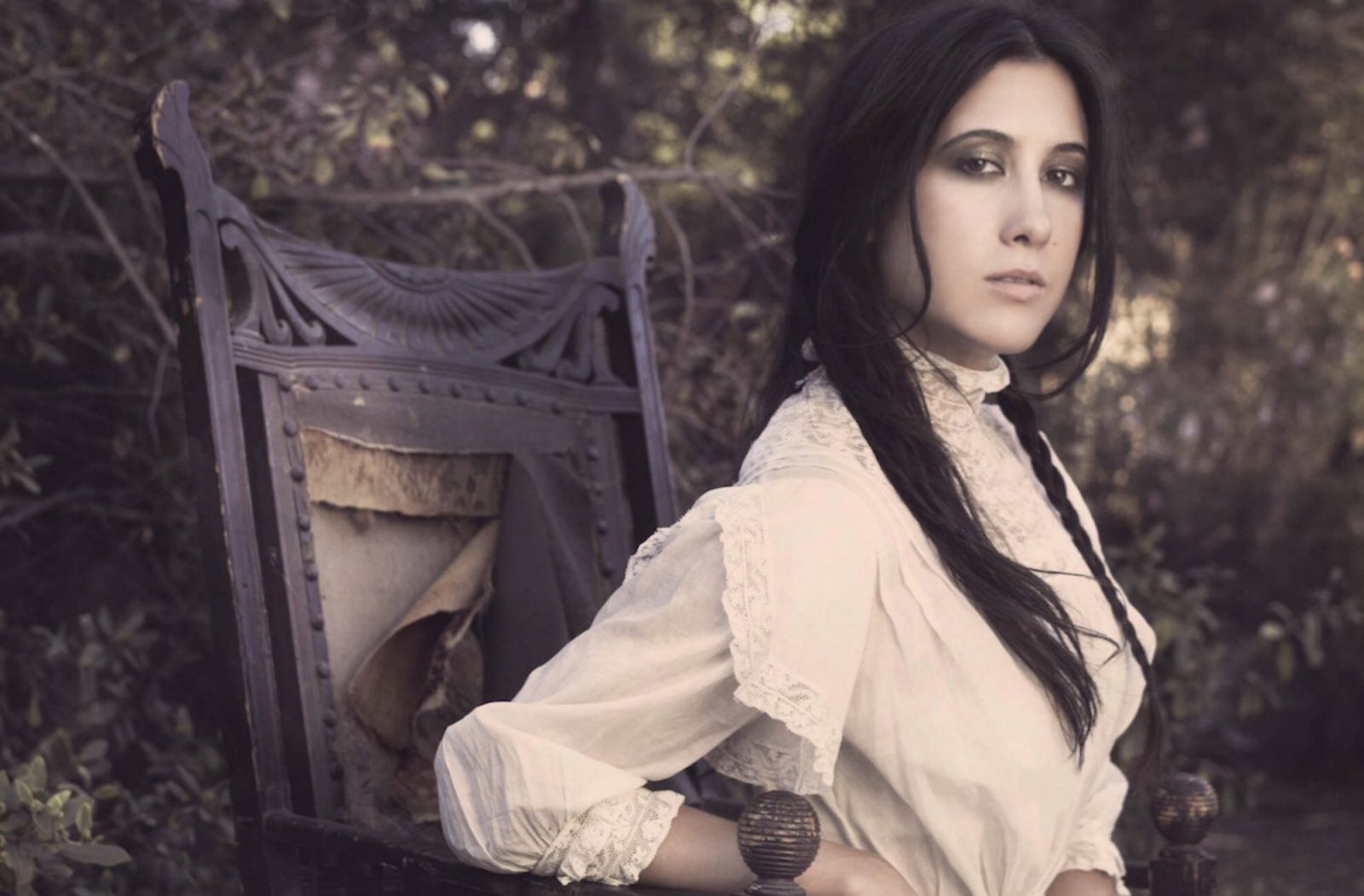 Fairweather Friend (Rabbits on the Run) – Vanessa introduced this song with a mixture of honest vulnerability and dry wit, explaining that this song is about the lies and  “magical thinking” that took place within a relationship in her 20s that was falling apart after her boyfriend took a flight to a city, which was different than the flight and city he told her he’d be going to….. (you fill in the blanks).

I Don’t Want to be a Bride (Rabbits on the Run) – She ended the concert with this song, dedicating it to her husband. Now that might seem like a sarcastic or snarky thing to do, dedicating a song called “I Don’t Want to be a Bride” to your husband. However, Vanessa explained that she dedicates it with genuine love and affection, and if you listen to the lyrics, it actually is a sweet song that acknowledges the pressures and fear that can come with loving someone in that forever-way.

All in all, it was a fantastic concert! If you get a chance to see Vanessa Carlton live, go, go, go! Her current tour is winding down, but someone this creatively talented will surely be giving us new music and performances sooner rather than later.