Exploring the Artistry and Controversy of Singer-Songwriter Lana Del Rey 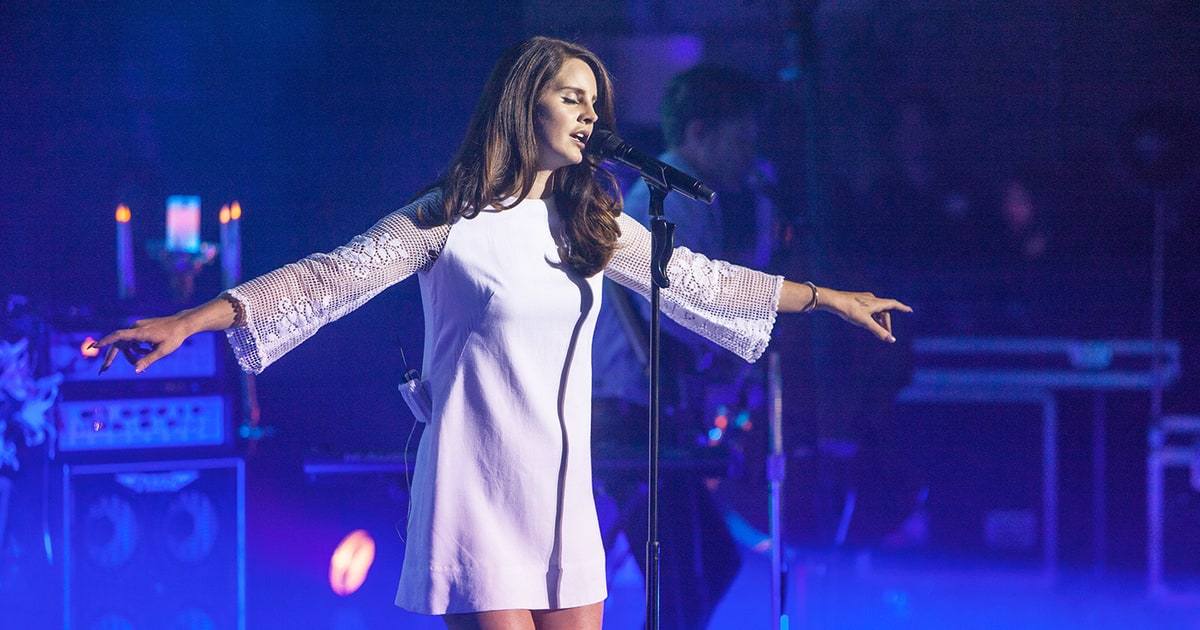 I am in love with Lana Del Rey’s new single “Love.” In love with “Love.” Say that three times fast.

There is no release date for the singer-songwriter’s next album yet but with the single dropping last month, we can assume it’s on the horizon. The single “Love” is dreamy and divine and a tad bit dreary. It’s also catchy in a mellow way, which gives me high hopes for the upcoming album, because I adored Lana Del Rey’s first widely released album Born to Die (2012). Her follow-up albums Ultraviolence (2014) and Honeymoon (2015) had good artistry but I felt that a lot of the songs were too dismal and sleepy. In the right mood, I appreciated them. They both possessed a very consistent sound throughout making them cohesive as entire albums (and by the way, critics loved them).

For me though, it’s the album Born to Die that I always return to. Five years later, I still can’t get enough of “Ride,” “Video Games,” “Born to Die,” “Summertime Sadness,” “This is what Makes Us Girls,” and even the fluffy little gem “Radio” or the cheerleader-esque chant song “National Anthem.” If “Love” is any indication of the sound for her upcoming album, it sounds more in line with her songs on the Born to Die album, which featured many mid-tempo songs and choruses that were anthem-worthy.

In October 2015, Del Rey announced she was beginning to write material for her new record. She stated that her last two albums had a “California” sound, but if she were to make an album with a “New York” sound it would be a little harder, faster, more upbeat, and less dreamy. Recently she said that the upcoming album has “a retro sensibility with a futuristic flair.” Sounds interesting, and my fingers are crossed that she’s still leaning toward that “New York” sound.

One of the things that I like about 31-year-old Lana Del Rey as an artist is her unapologetic approach to being melancholy and dark. Yes, she’s also sexy and glamorous and pretty, and I think that makes some people feel like her misery can’t be real. How can someone who looks that good feel that bad? But isn’t that often how sadness or depression looks from the outside? Yes, there are plenty of people who are depressed or sad or in a difficult emotional state who can’t bear to put forth a “presentable” face. Their sadness is a stain on the air around them and their suffering is not a secret. But just as often, I think that sad people pull themselves together quite nicely, get themselves out the door quite efficiently, and smile at their co-workers and say “thank you” to the barista all the while hurting inside. 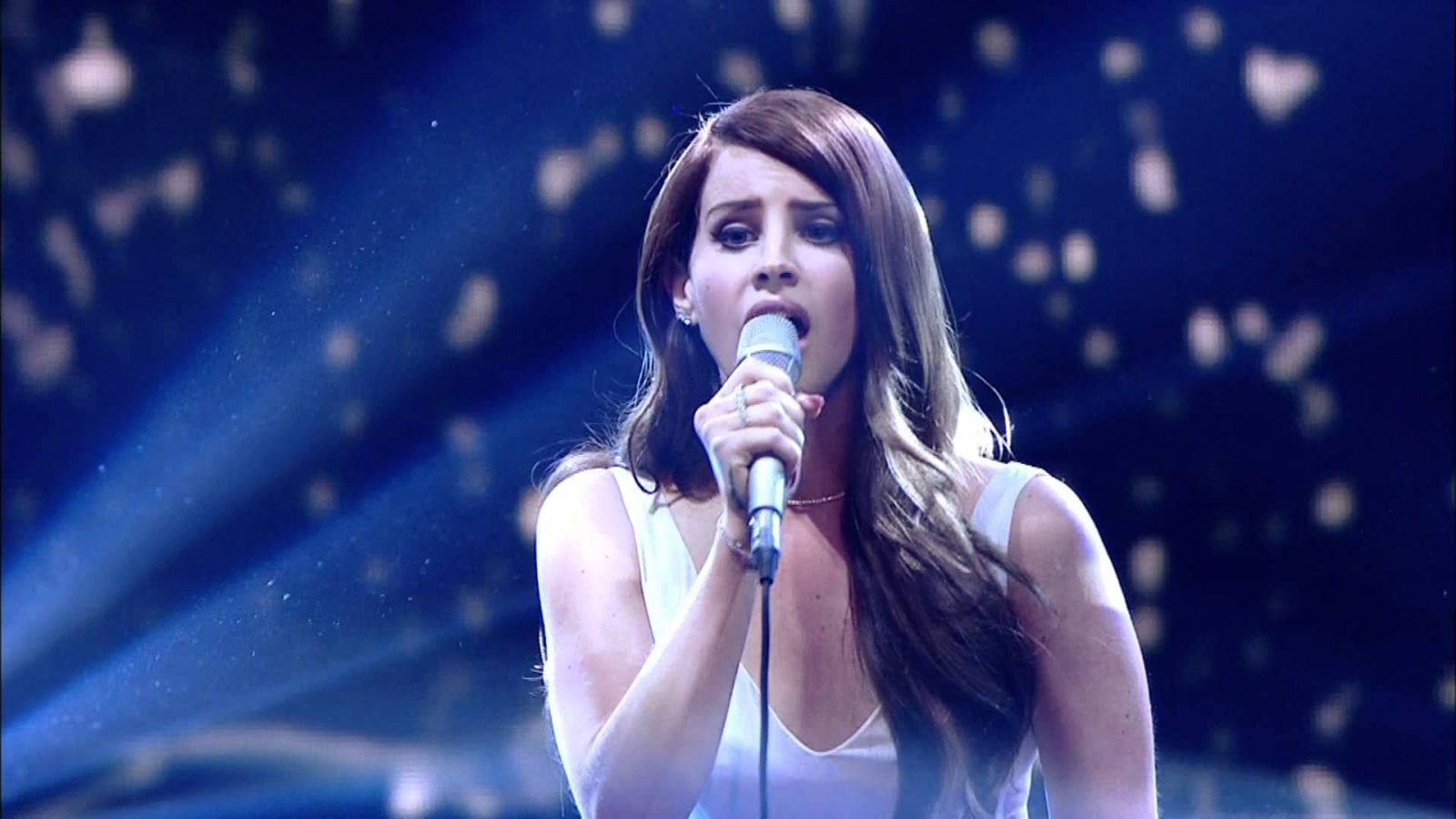 Has she created an image of beautiful misery? Sure, of course. Lana Del Rey is like a high-gloss version of sadness. She sings beautifully and she looks beautiful, but beneath the glamour are her words of pain and darkness and occasionally hope. Does it come across as cultivated and even calculated? Yes, it does in some ways. But I think this is simply her version of turning real pain into true art. I think that some people have a hard time embracing her pain as reality because in this society, there is almost an expectation that if you’re too pretty, you don’t have the right to be sad. That’s not fair though. Your outward appearance does not dictate how you feel inside. If you happen to be conventionally pretty, it might mean you are perhaps lucky and it might mean that certain doors open more easily for you. But it certainly doesn’t mean that you are automatically happy. 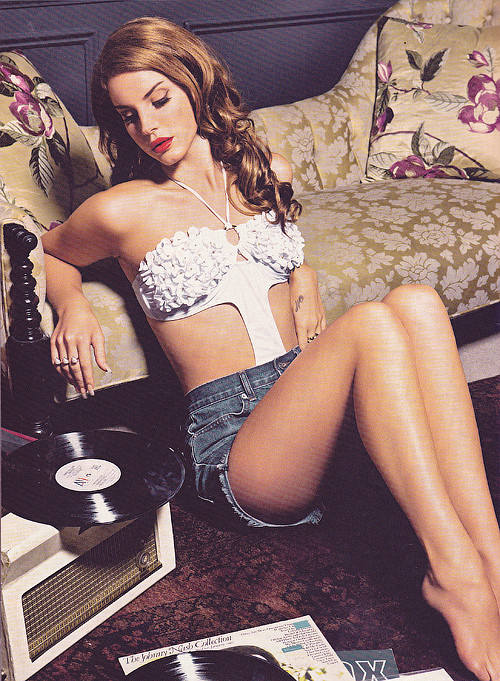 Lana is also no stranger to controversy. Some of the things she has said in interviews have certainly sparked social or political waves, such as comments indicating a lack of interest in feminism. She later partially recanted by explaining that she writes personal accounts of her life and isn’t very familiar with the history of feminism, so she isn’t the right person to discuss feminism since she only writes autobiographically. Feminism at its original, basic definition simply means believing in equality for the sexes. (Which, by that definition, means that pretty much anyone decent is a feminist). But being a singer-songwriter doesn’t mean that she should be forced to make an official stance on social views. Do I personally think it’s wonderful when young female celebrities are positive role models? Absolutely! But I also strongly believe that just because Lana is young, pretty, and talented doesn’t mean that she should be required to be a role model to anyone. If she did try to turn herself into a quote unquote role model due to outside pressure, she would no longer make the music she now creates because her focus would change from inward to outward. And that’s not who she is. In many ways, her music is powerful because she seems to create it for herself. It doesn’t subscribe to radio play standards by any means. It’s unique to her.  (However, that said, recent quotes from Lana do indicate a wider social awareness for this upcoming album. I’ll address that further down). 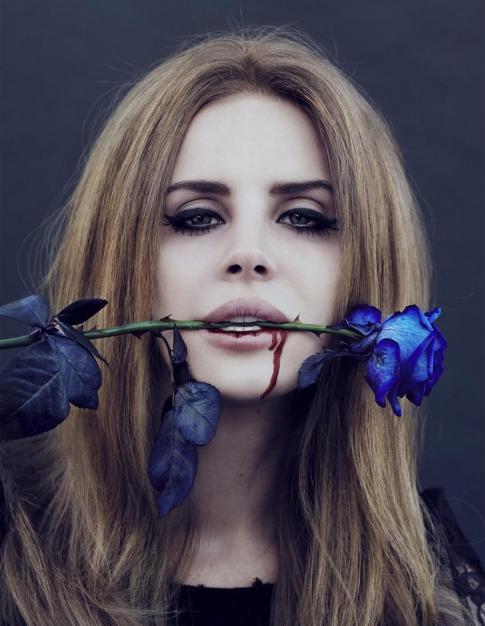 In a 2014 interview, Lana also said that she wished she were dead already and that her life felt like a really messed up movie. Statements like this are shocking, and if she’s not just saying things like this for shock value (which I don’t think she is), then it goes to show that the reason she gives us these dark, melancholy, lovely albums is because under the shiny styled hair, vintage dress, and cherry red lips, she is as raw and authentic as they come.

My favorite Lana Del Rey song is “Ride.” It’s enchanting and draws you in from that first mesmerizing hum. I also tend to fall in love with song bridges in general, and this bridge is a great one. (In case you don’t know what I mean, the “bridge” of the song is basically that section that stands out in contrast to the chorus and the verses). This one starts with her singing in her higher register (“I’m tired of feeling like I’m fucking crazy!”), and it feels like an honest admission sung with wild abandon. And I personally don’t think that you have to be fucking crazy to totally relate to the line, “I’m tired of feeling like I’m fucking crazy.” 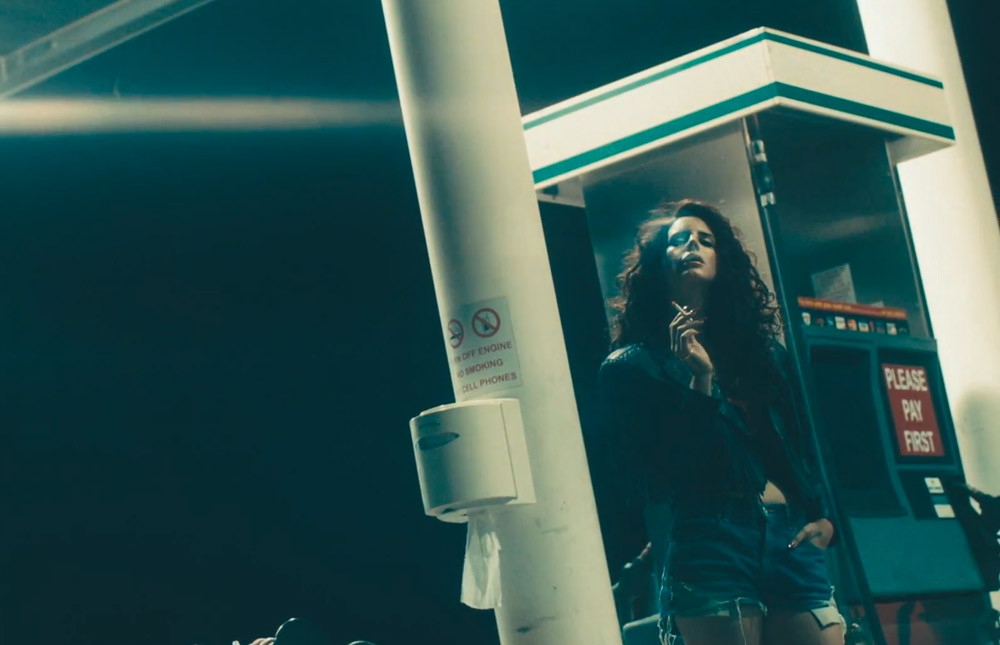 Lana Del Rey portrays a strong yet vulnerable mixture of darkness, romance, misery, and glamour all at the same time. When she sings in a higher register, her voice sounds more like the tenor we are accustomed to with pop artists, but it’s that deep, lower register that she usually sits back into. And it’s that low voice of hers that often creates the mood that has become her signature. Early in her career, she felt she wasn’t being taken seriously enough, and that is part of the reason that she chose to sing in her lower register. The result is quite unique. With a vocal range that spans three-plus octaves, she can sing very low or very high.

Lana’s new single “Love” shows off some of that vocal range, and it is a romantic ode to young love, and it has a scent of hope and nostalgia in it:

As for the rest of the album, in a February interview with the BBC, Lana said, “I started out thinking that the whole record was gonna have a sort of a ’50s-’60s feeling, kind of some kind of Shangri-Las, early Joan Baez influences. But I don’t know, as the climate kept on getting more heated politically, I found lyrically everything was just directed towards that. So because of that, the sound just got really updated, and I felt like it was more wanting to talk to the younger side of the audience that I have. I guess it’s a little more socially aware. It’s kind of a global feeling.”

Hmm. So all that stuff I previously said about Lana not wanting to take any social or political stances? This new album may surprise us, after all.

With all of the fan excitement and social media hints from Lana about the upcoming album, there may be many surprises in store. Just this past weekend, there were social media exchanges between Lana and musical artist The Weeknd that hinted at a new possible collaboration. Previously, Lana featured on two The Weeknd songs, and the new tweets indicate another collaboration coming up. Fans are speculating this may mean that The Weeknd will feature on one of the songs in Lana’s upcoming album.

Whoever features or doesn’t feature on Lana Del Rey’s new album, sign me up. I adore her newest single “Love,” and I can’t wait to hear what she has to say next. Whether it’s happy or sad or somewhere in between, I’ll be there to buy her album when it releases. Now if only she’d tell us when that will be…..