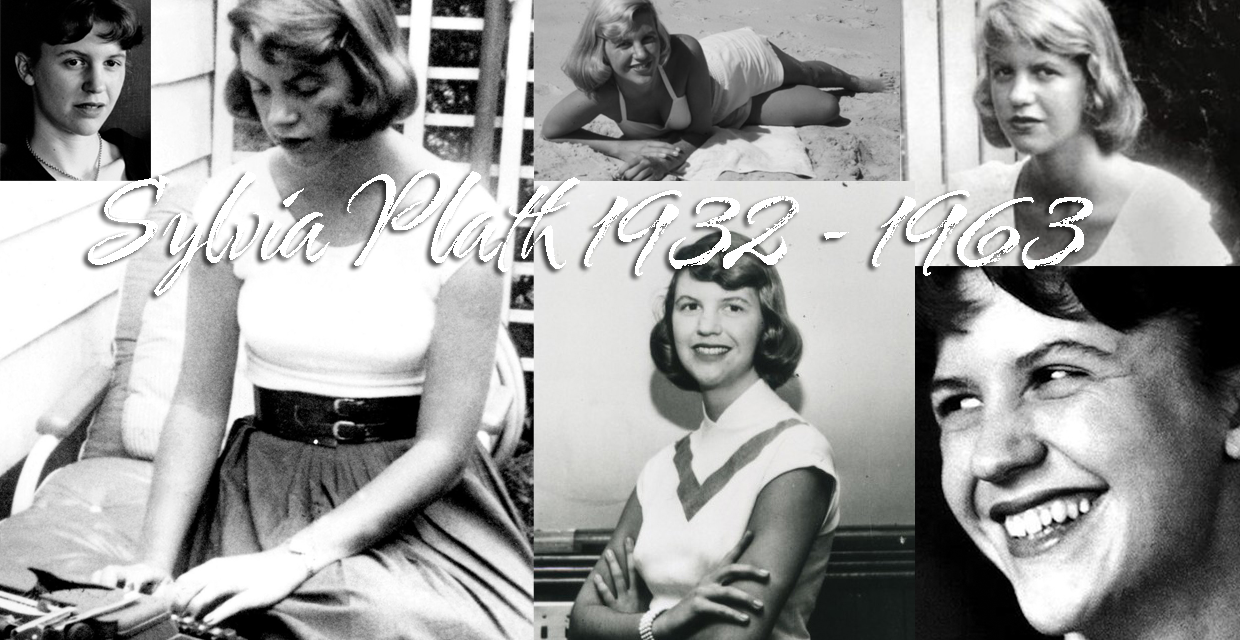 In 1963, Sylvia Plath’s novel The Bell Jar was published under the pseudonym Victoria Lucas. This was before the day when memoirs were commonplace. Plath’s novel very much parallels her own life and her own struggle with mental illness so while it’s not technically a memoir, with all that we now know about Plath’s life, we understand that it kind-of-sort-of is.  Initially Plath was hesitant to write about her own personal experiences, but eventually, after encouragement from other writer friends, she did so but in novel form where names and details were changed.

In order for us to understand why The Bell Jar was important, we have to first know something of the history of mental health, in particular how women were treated (don’t worry, men, I’ll also include you in the discussion farther down the blog entry). 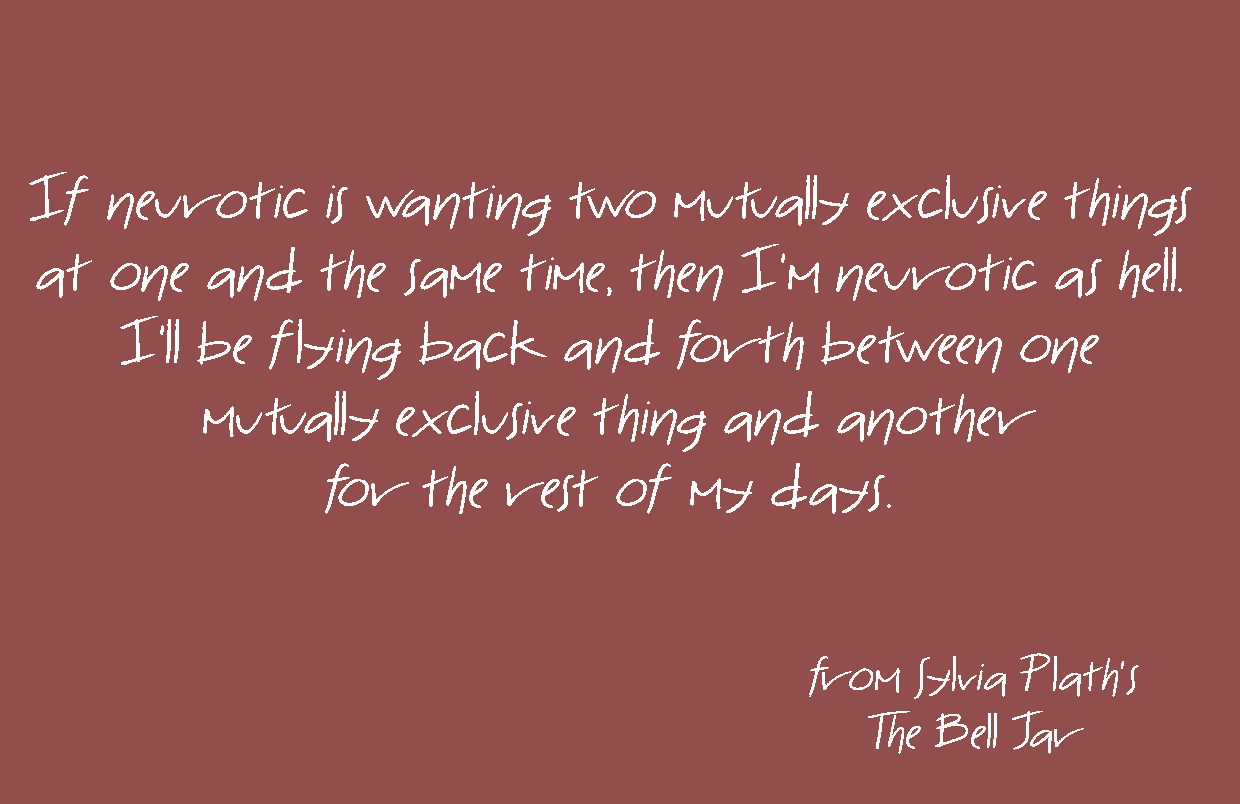 In the 19th century, if you were a woman and you suffered from a variety of things including anxiety, insomnia, sexual desire (wait, you can suffer from sexual desire?), loss of appetite, or troublemaking (whatever that means), you would likely be diagnosed with female hysteria. It was a catch-all diagnosis for many things that the psychiatric community simply didn’t understand. 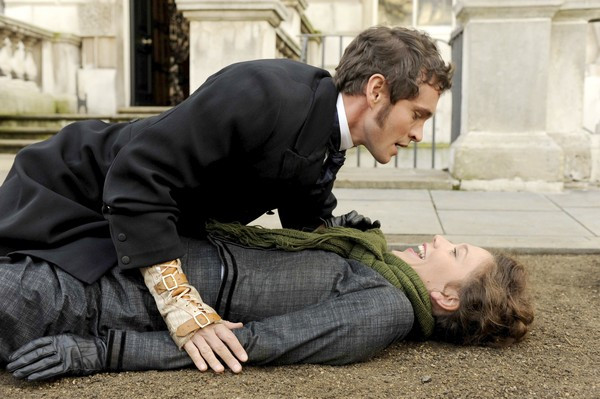 Of course, if you consider this topic more seriously, you realize that it must have been awful to have been an unhappy woman in the 1800s, because there were so few options for you. I mean, jeez, of course you have depression or anxiety because, I don’t know, maybe it’s incredibly frustrating having no ability to support oneself, no right to vote, and no freedom. Yeah, I think I’d be pretty pissed too, and that might have landed me a diagnosis of hysteria.

Or perhaps a woman diagnosed with hysteria actually does have a serious mental health issue such as schizophrenia or bipolar disorder, but these diagnoses and the treatments for them don’t even exist yet. It’s hard enough to deal with mental health illnesses in 2017. Imagine if you couldn’t even talk about it then, or if you did, imagine being met with a very judgmental response or at best, a big fat, “Sorry, we have no clue why you feel this way. Must be hysteria.” How terribly distressing and lonely it must have felt to have been dealing with mental health issues decades or centuries ago. Because the truth is that women with “hysteria” were less likely to be popping by the local medical clinic to have their clitoris rubbed and more likely to be thrown into insane asylums. Some of them were even being forced to have hysterectomies. And some of them were being given electroconvulsive therapy  (ECT, a.k.a. shock therapy). ECT is still used today but it is considered a last line of intervention for major depressive disorder, mania, and catatonia. 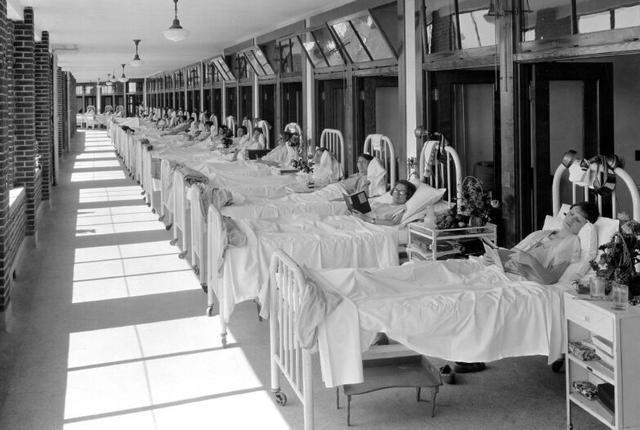 Sylvia Plath received ECT after becoming depressed, engaging in self-harm, and talking of suicide in her early twenties. She hated ECT, and it solidified the idea in her mind that she was fated to be insane. Feeling hopeless, she crawled under the porch, swallowed all of her sleeping pills, and lay in a coma for two days before she was discovered. After that, she spent four months living in a psychiatric clinic,  where she endured a second course of ECT along with psychotherapy. This time she made a good recovery, at least good enough that she could leave the hospital and resume a life of writing, working, dating, and socializing. Of course, one of the tragedies here is that at the age of 30, Plath did commit suicide, leaving behind two small children. While we can’t know exactly what her diagnosis would have been were she still alive today, many of the thoughts and feelings that she describes in The Bell Jar point to the possibility of bipolar disorder. Other scholars suggest that she may have had a mood disorder or schizophrenia. I don’t think anyone can say conclusively what today’s diagnosis would be, but her words paint enough of a picture for us to understand that sometimes it was really difficult for her to feel as she did. 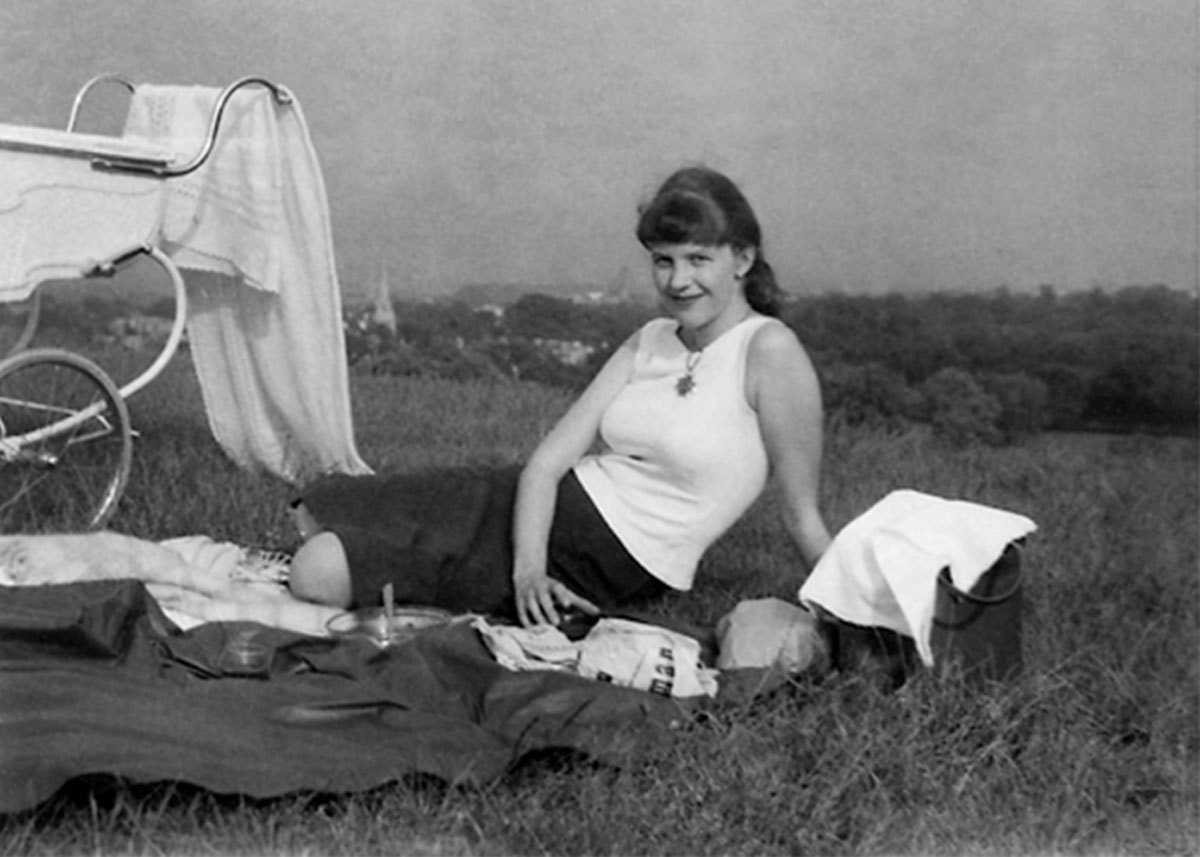 Many creative writers and artists are thought to have potentially suffered from bipolar disorder, including poets Emily Dickinson, Samuel Taylor Coleridge, and William Wordsworth and painter Vincent van Gogh. Carrie Fisher also had bipolar disorder and Meryl Streep reminded us at these past Golden Globe Awards that Carrie once said, “Take your broken heart, make it into art.” Beautifully put and so true. Some of our greatest artistic treasures are created from emotional and psychological pain.

But I’m diverging, so let’s jump back to the topic of treatments of earlier years. As awful as ECT sounds to me, I’d take that any day over a lobotomy, which is a surgical procedure that involves cutting or scraping away most of the connections to and from the brain’s prefrontal cortex. It was quite common in the U.S. in the 1940s and not really abandoned until the mid 1950s when anti-psychotic drugs were developed. Lobotomies so often caused more harm than good, leaving those who had the procedure with diminished cognitive and social capacity. 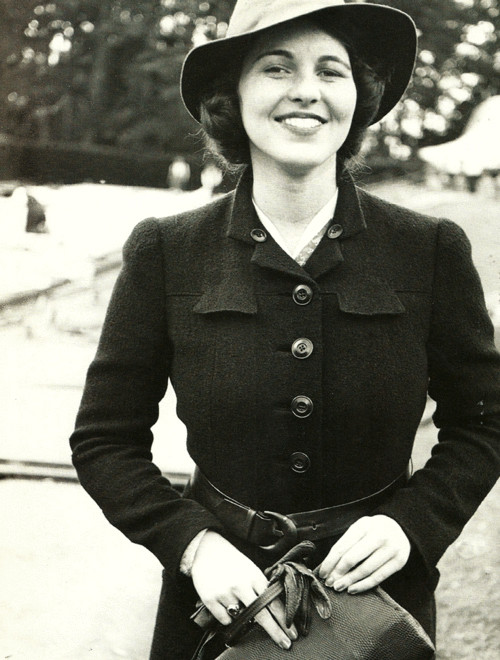 One of the most famous and tragic examples of a lobotomy gone wrong is that of Rosemary Kennedy (sister to JFK). Rosemary had a lower than average IQ, and she was held back twice in kindergarten.  As a teenager, she was educated at Sacred Heart Convent in Rhode Island where teachers worked with her privately. (So basically, if she were going to school today, she’d be in special education classes). But in many ways, Rosemary functioned normally in society, attending the opera, tea events, and dress fittings. In her early twenties, her parents became concerned with her behavior. She had started suffering from mood swings, and she was behaving rebelliously and recklessly, sometimes sneaking out of the convent school. When a doctor told her father that a lobotomy would calm her moods, he decided to go ahead with it. Rosemary was never the same. Her mental capacity diminished to that of a two-year-old, and she was never able to walk or speak intelligibly again. This was a deeply hidden secret of the Kennedy family for many decades before the truth came to light in recent years.

While women were often labeled as “hysterical” or “troublesome” for “acting up,” men were generally expected to suffer in silence. Many men (and women) turned to drugs and alcohol to numb anxiety and depression (much as they do today). In the 1800s, opium abuse was huge. Morphine is opium’s active ingredient, so basically tons of people were using heroin. Many men and women used morphine and laudanum, which was a mixture of alcohol and opium derivatives. Some of the most famous addicts of the Victorian era include John Keats, Elizabeth Barrett Browning, Edgar Allen Poe, Mary Todd Lincoln, and Charles Dickens. Wow, that’s good company to be in, but being addicted to morphine doesn’t sound so fun or safe. 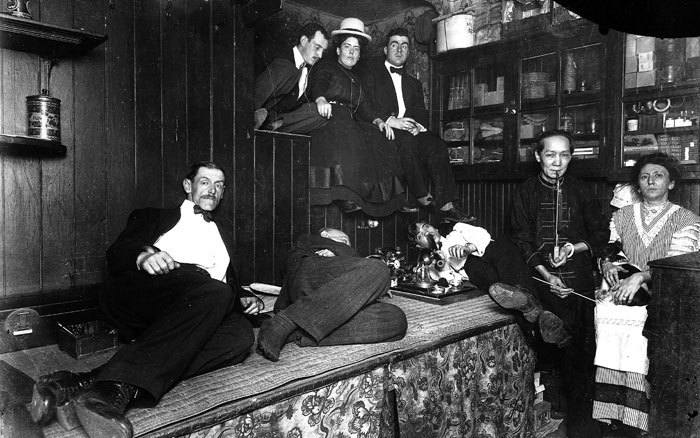 At this point, I’ve given some examples that illustrate how for most of human history, treatment options for mental health were terrible and society’s understanding and acceptance of these difficulties were non-existent. So all that said, I’m now going to circle back to Sylvia Plath now because she is in the title of this blog entry. (Wow, I think this is the most meandering blog entry I’ve ever written).

When The Bell Jar was first published in England in 1963, Plath already had a bit of a name for herself as a poet. She had high hopes for the book, but it was initially met with lukewarm reviews. However, instead of fading into obscurity, the book continued to gain fans and build momentum. I believe that much of this has to do with Plath’s crystal clear voice. She writes in a very direct – sometimes funny – manner that feels real and raw and immediate. When she describes the darkness of being under her bell jar, as she calls it, you can feel the sensation of the walls pressing in and objects going in and out of proportion. Her perception becomes skewed and she loses the ability to tell what and who is threatening and what and who is not. She recounts these perceptions with such clarity after the fact that it’s enlightening to read.

It’s also important to remember that the early 1960s was a very conservative time. It was right in the middle of the Civil Rights Movement and just before the Women’s Movement and Sexual Revolution truly gained momentum. It was still post-war conformity. So while we may read The Bell Jar today and not find it that particularly shocking, it was a daring book for Plath to publish at the time. She was talking about mental health issues that weren’t even being properly researched. She was giving a voice to a great many men and women who didn’t have their own voice to describe their pain. She was opening up conversations so that people could talk more freely about their experiences and feel less of a stigma or shame in doing so, because the acclaimed poet Sylvia Plath had done so herself. 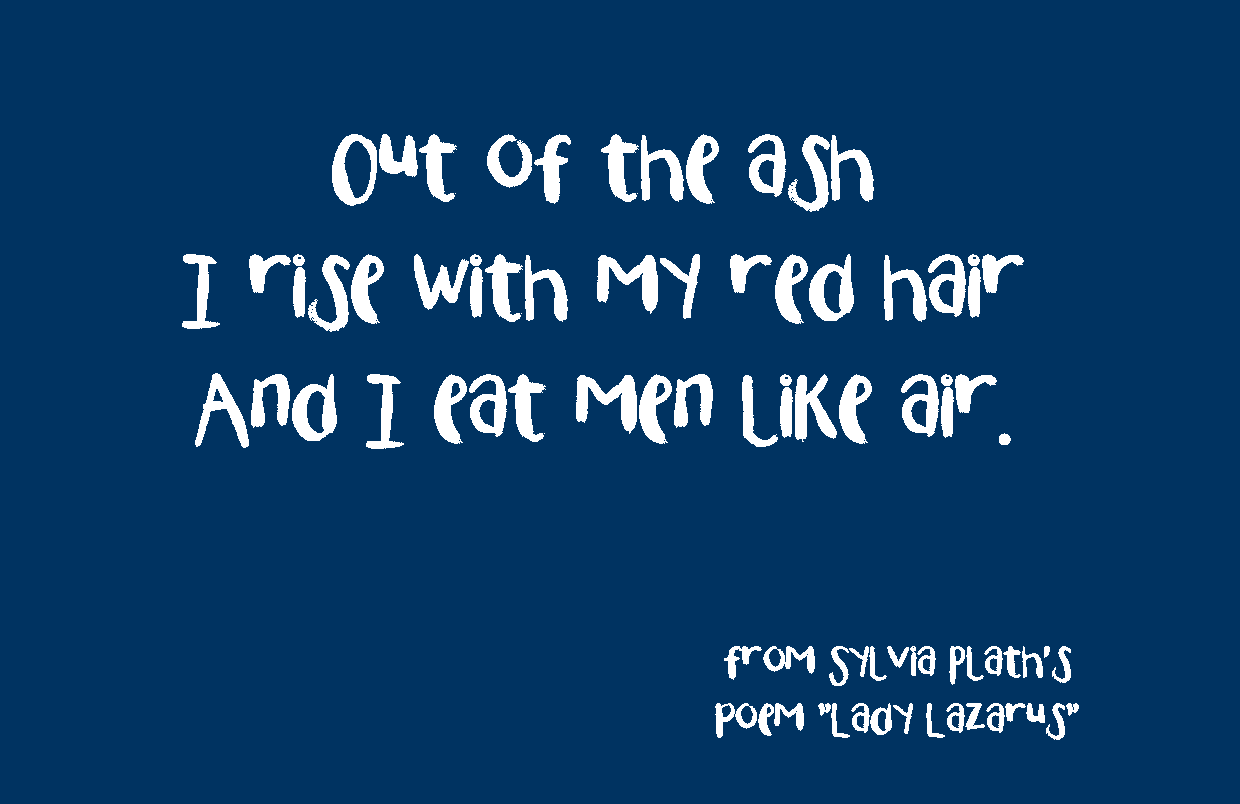 One of my favorite classes in college was my Abnormal Psychology class. By nature, I’m a very curious person, and I think much of my desire to write comes from a place of natural curiosity and sensitivity. If you find mental health subjects to be of particular interest too, I recommend The Bell Jar along with the following memoirs:

1. Dry by Augusten Burroughs – He addresses his alcoholism and stay in a rehab facility in a fresh, funny voice.

2. Wasted by Marya Hornbacher – She writes about her struggles with anorexia and bulimia with raw honesty and unflinchingly poetic prose.

3. Confessions of a Prairie Bitch by Alison Arngrim – Okay, this one sort of fits on the list. Full disclosure: I grew up watching Little House on the Prairie obsessively and this takes you behind the scenes of LHOTP because Alison Arngrim played the villain you love to hate: Nellie Oleson. But on top of that, Alison also writes about the sexual abuse she endured as a child and the bullying she was subjected to for playing one of TV’s most notorious villains. She recounts how she overcame the former and embraced the latter.

4. Prozac Nation by Elizabeth Wurtzel – She shares her struggles with chronic depression in great detail – the hospital stays, the therapy sessions, the sex, the drugs… it’s all there.