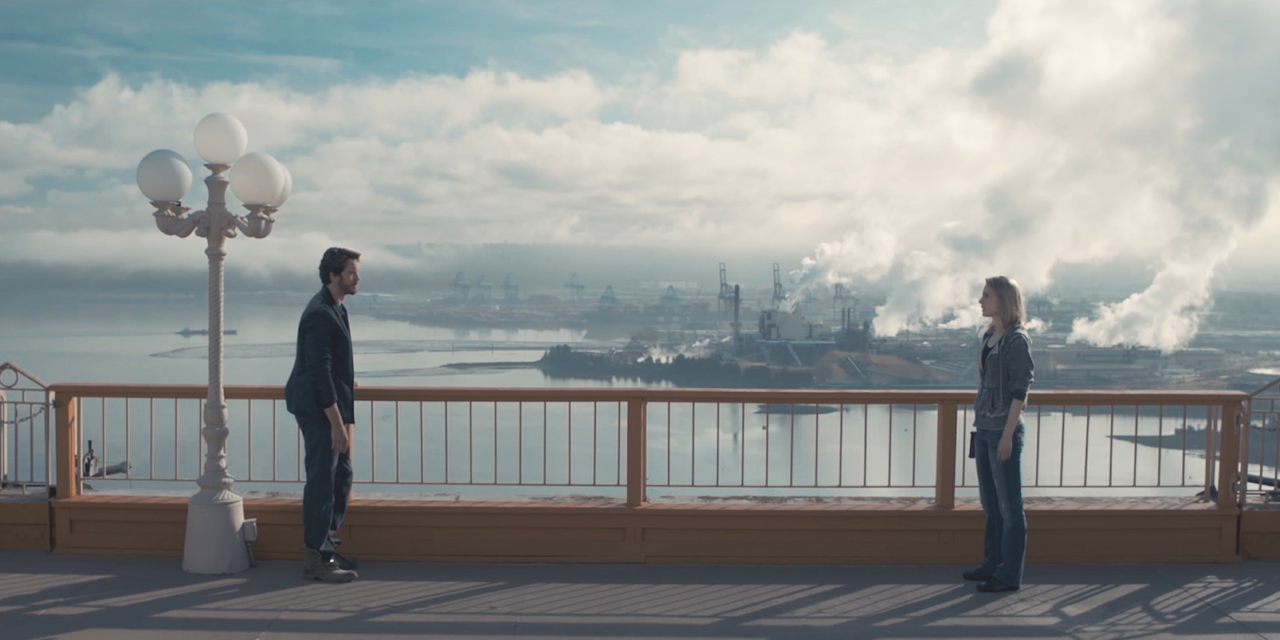 Okay, maybe the premiere of a film can feel a little glamorous, sure. But making movies is pretty crazy and usually exhausting, and it’s hard work. That said, we are adults staging imaginary scenarios. What fun! That’s what kids do (minus the excessive on-set coffee abuse).

But glamorous? I don’t know about that, but I’ll explore the concept by breaking down for you the five most glamorous and the five least glamorous things about making movies from my perspective. Jennifer Lawrence might feel differently, of course. 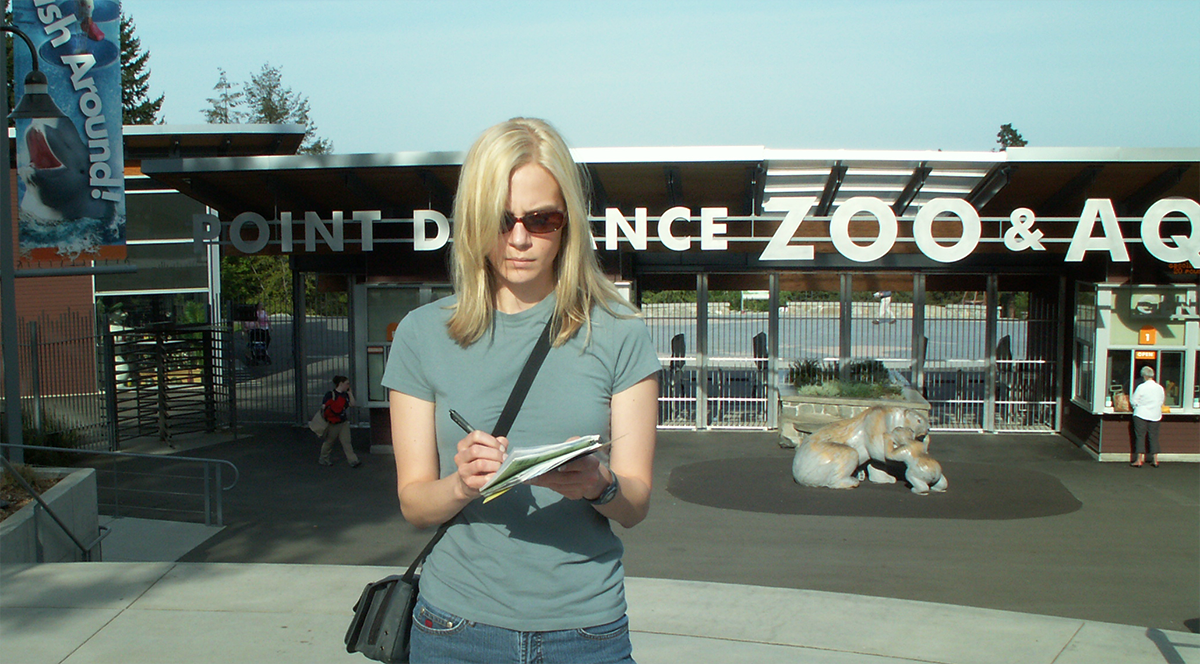 I’m someone who’s used to rolling up my sleeves and getting shit done. When I’m acting though, there are times where other people take care of random stuff for me. Now this is often a function of the fact that when you’re acting in scene, you can’t just go wandering off set. Unless there is a new lighting setup and the 1st AD (assistant director) says there’s time for a break, the actors in the scene need to stick close by once filming gets underway. So that means if I’m cold, someone brings me a coat. If I’m thirsty, water appears. If I’m sick, people procure zinc and lemon tea. If I forgot something in the trailer or even back at my house or the hotel, a production assistant is sent to fetch it. You say, “I need, I need” and things just… appear like movie magic. 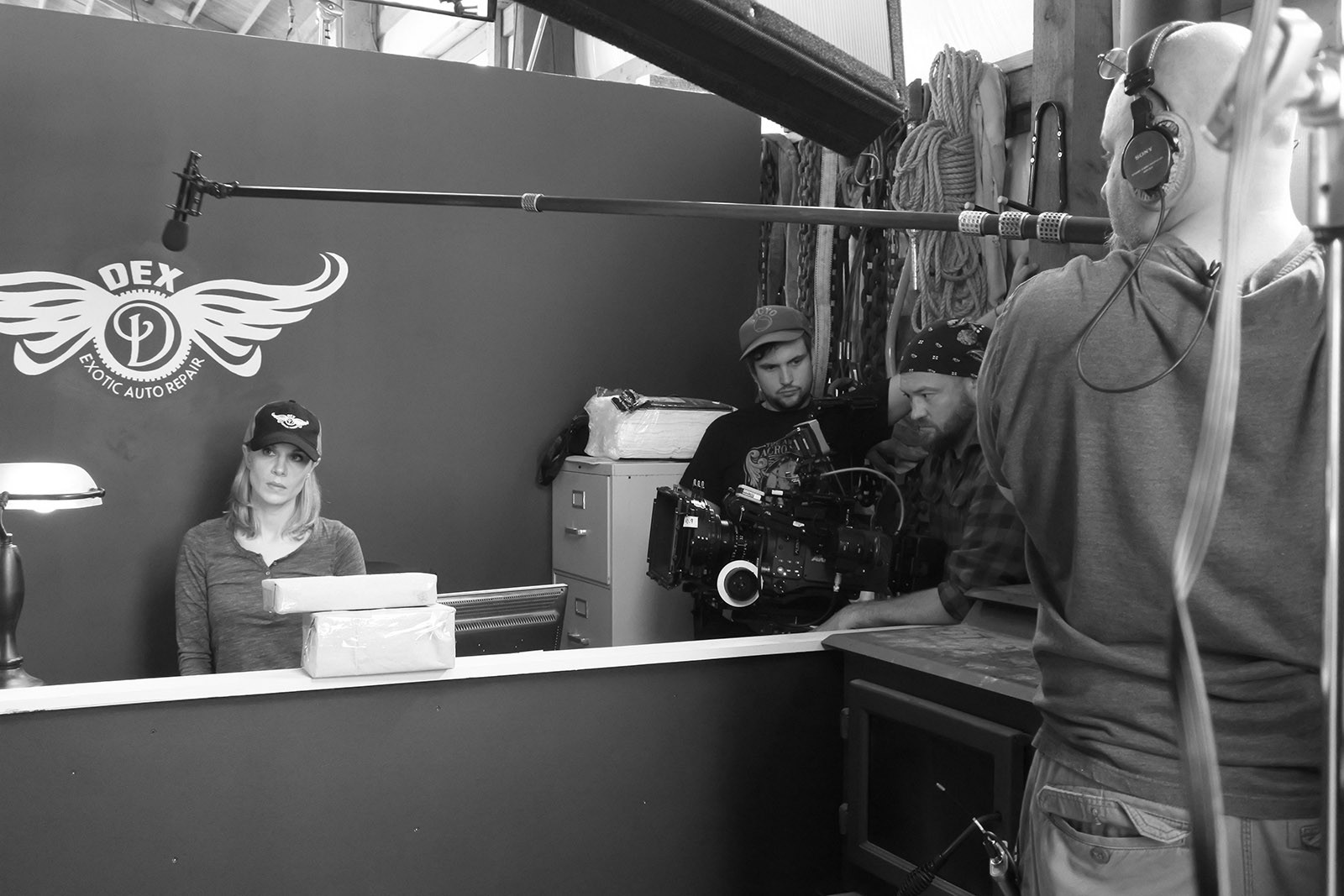 While I haven’t filmed in a ton of exotic locations, I have filmed in some pretty cool ones, including a rooftop deck overlooking the entire city, a mansion, a sprawling ranch, and a sixty foot waterfall (same one used in The Last of the Mohicans). That waterfall was so remote that we couldn’t drive to it. We had to hike all of our equipment a mile into the woods, following the roaring sound of the water. 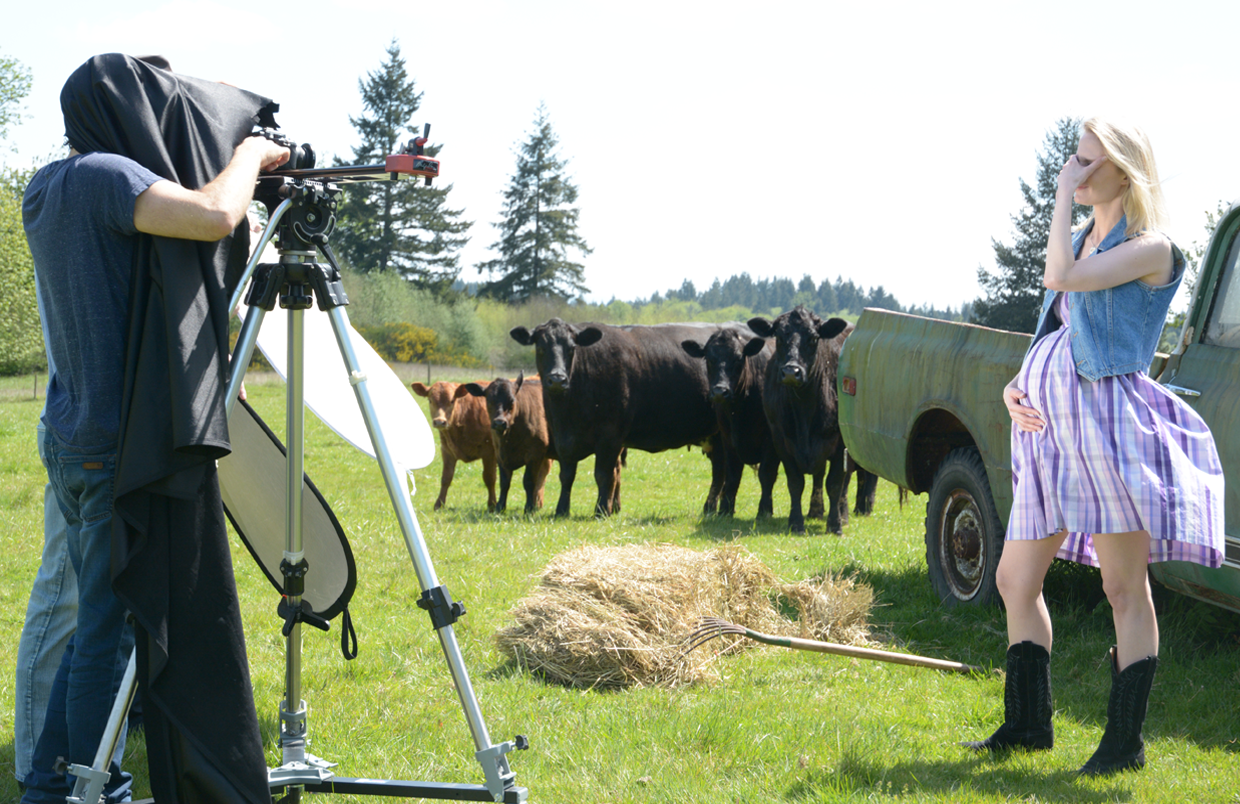 For example, I drove a Lamborghini (a fact which seems to impress men much more than women). It was pretty cool to experience! Truth be told though, I was mostly just scared that I’d scrape the wheels when I parked it alongside the curb (I didn’t).

For The Last Rescue, I got to film inside authentic, restored World War II vehicles and handle restored weaponry. I had lunch with women that flew planes in World War II, and I had fascinating conversations with other World War II vets, including a Medal of Honor recipient. 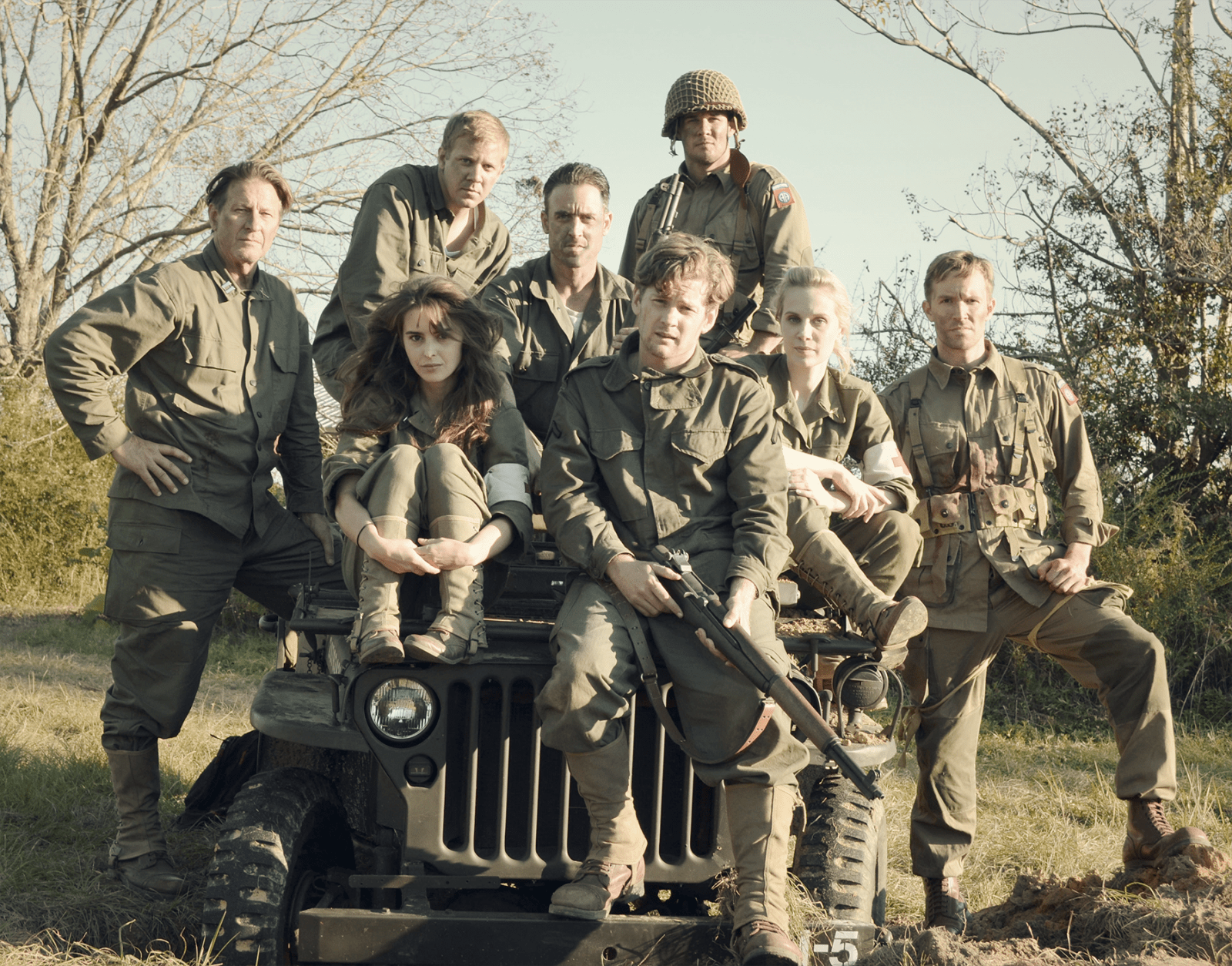 I’ve seen crazy stunts up close. I once stood fifteen feet away from a stuntman as his entire body was lit on fire for a scene I was acting in, and I got to be up close and personal for an ATV crash off of a bridge for a film I was producing. 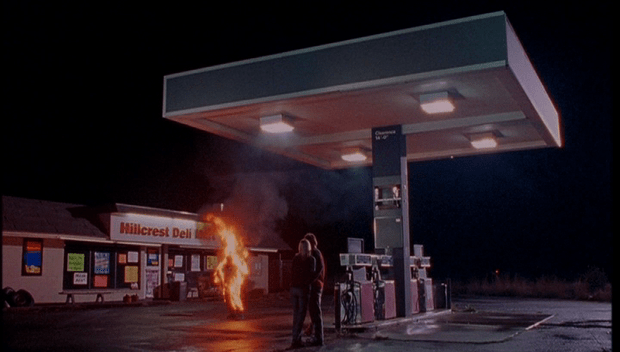 If I were playing a character in X-Men, I might feel differently about the make-up chair. No one enjoys sitting for three hours a day for weeks on end while blue scales are glued from head to toe. But I’ve never played a creature like that. So sitting in the make-up chair is a chance to relax and get a little pampered as I look over my lines for the day and chat with the make-up artist. It’s especially nice for me on projects where I’m also hands-on producing. The make-up chair gives me a chance to disconnect from all the logistics and coordination and get into character. And then voila! I look in the mirror and I’m transformed.

When it comes to films that my husband Eric and I produce together through our production company (Fireshoe Productions), it’s a lot of work to coordinate the premiere and make sure everything is ready with the film leading up to the big day. But once everything is ready to go, the night is quite exciting. We dress up for red carpet photos and it’s a huge reunion of cast and crew. The room is full of people excited about the film – those who worked on it and those who are just there to watch it. And then you get to see over a year’s worth of hard work on the big screen.

What is Not So Glamorous

Unless you’re on your deathbed, the show must go on! I have worked on film sets much sicker than I would ever consider working at a normal 9-5 job. There are so many working pieces of a film production and especially if you are an actor, the day centers around you needing to be there. If you aren’t, the production might have literally nothing to film but regardless, cast and crew paychecks, equipment rentals, location fees, etc. are still all paid out. Missing a single day could throw the entire schedule out of whack, especially on an independent film where the schedule is relatively short (weeks instead of months).

When we filmed Last Seen in Idaho, one of the crew members arrived with a bad cold on day one. By day five, I had it too and let me tell you, those twelve-hour days felt endless. And that’s twelve hour days for the acting portion, plus the additional hours at the end of day for me as a producer. I partially lost my voice and if you listen for it, you can hear I am hoarse in my opening scenes at the auto shop. I also filmed the auto shop chase scene while I was feeling totally loopy. It was take after take of sprinting with a lot of coughing in between takes. I felt anything but glamorous.

For me, this is pretty much a given if I’m on a film where I am wearing multiple hats (acting, writing, producing). By the time principal photography arrives, I’m already existing in a state of sleep deprivation. On projects where I am part of the cast but not working behind the scenes as well, the sleeping thing is less of an issue, but regardless, making a movie often involves crazy scheduling for everyone. We have to switch from day shoots to all-night shoots and back to day shoots, and everyone’s internal clock gets totally messed up. 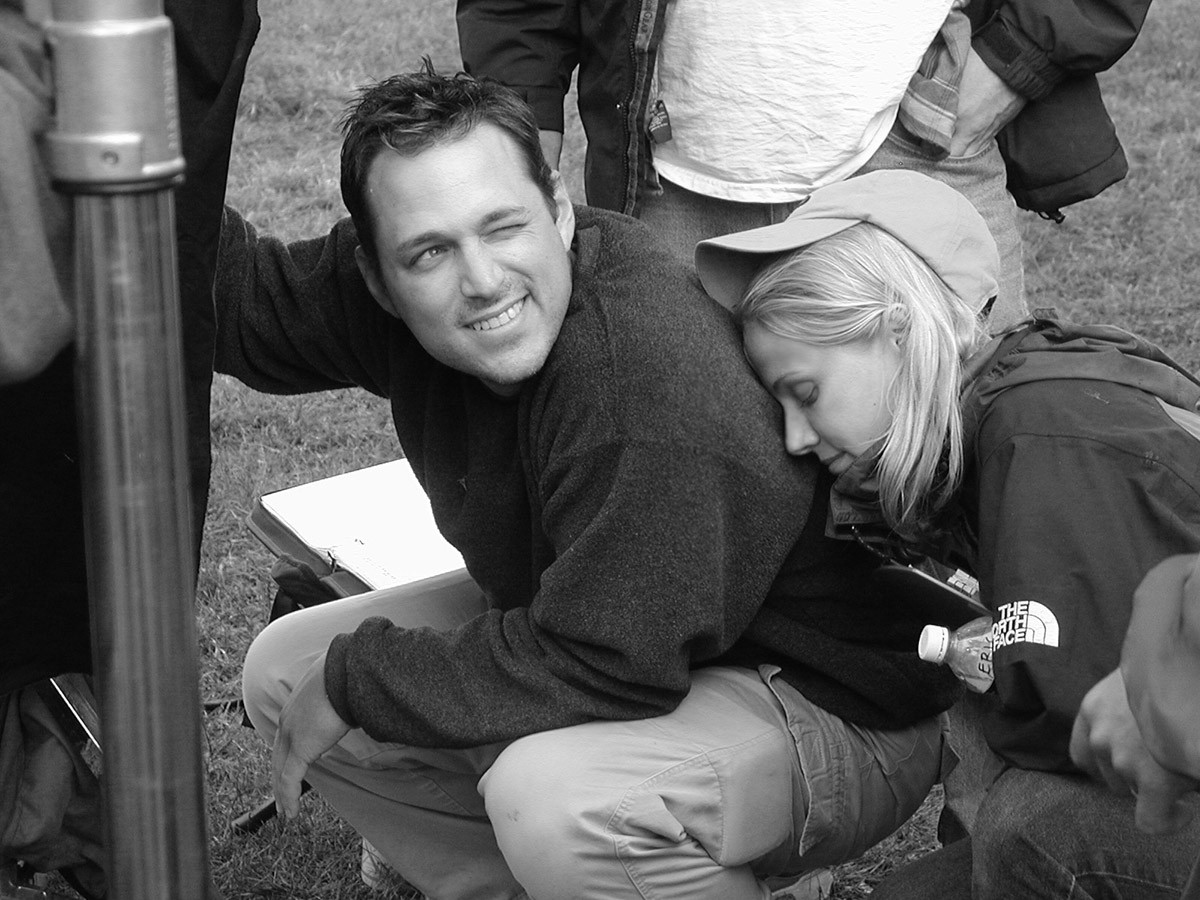 I’ve filmed in fifty degrees wearing shorts and a tank top because the script said it was a hot summer day. Um, burr. I was also once hired to host a video on free-drift river fishing. It was January and I was supposed to look “cute” so I only wore jeans and a thin long-sleeved shirt. By the end of that day, I was so chilled to the bone that a hot bath couldn’t even warm me up. (I think I’m still a little cold from that one).

On the flip side, sometimes it’s unbearably hot. I filmed in Bakersfield, California on a day that was one hundred and five degrees, but the building’s A/C needed to be turned off in order to get proper sound recording. The cast and crew were baking inside an office room but on camera, I had to appear completely comfortable.  Just another pleasant day at the office, never mind these beads of sweat slipping down my chest.

I have filmed inside more than one dirty shack in my days, and I have also filmed inside several barns. One of those barns was so dusty that the crew wore face masks all day so they wouldn’t have to inhale all the dust, but obviously the actors can’t wear masks. Throughout the day, I would blow my nose and brown dirt would come out of it. Now that’s glamour, right? 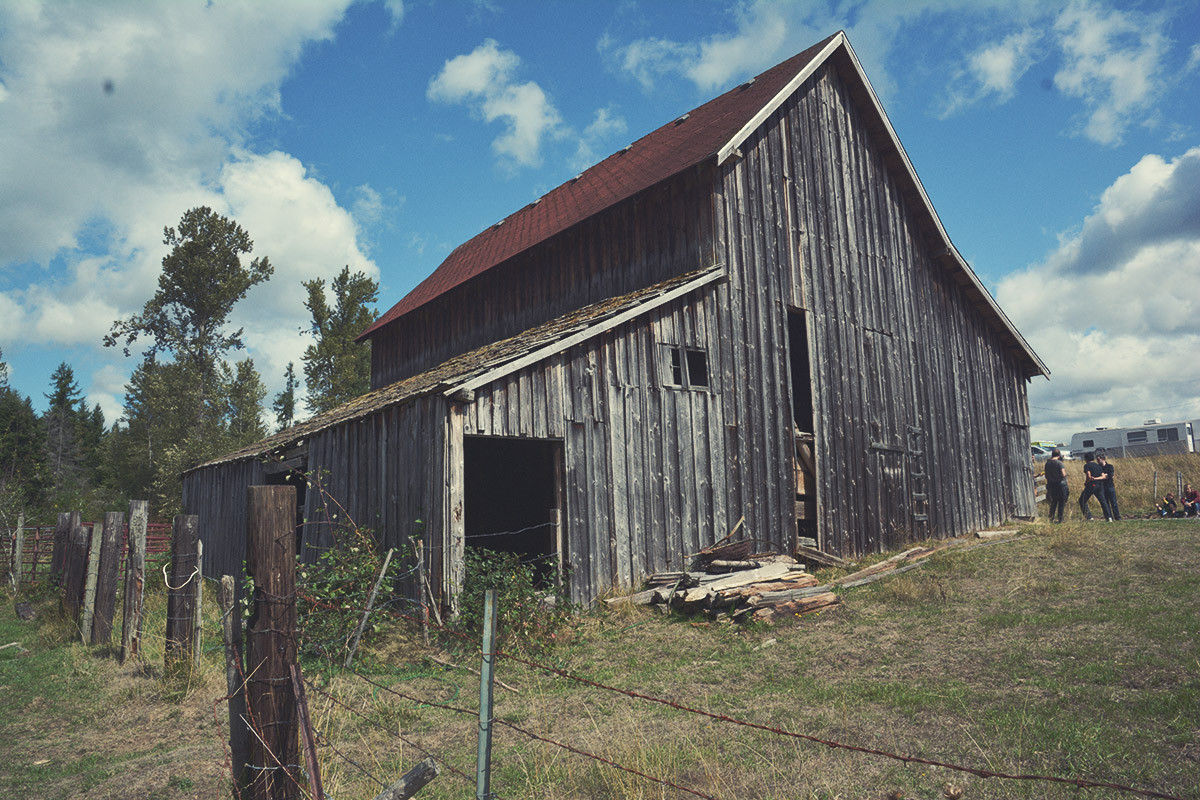 Sometimes the wardrobe is heavy, itchy, or tight. I once wore a gown that was custom-tailored to fit me, but the built-in corset was tight, tight, tight. I couldn’t take a full breath and I couldn’t sit comfortably in it. I ate my meals standing and thanked my lucky stars that I wasn’t born during the Victorian era.

Bitten, you ask? Not by people, but bugs. While filming a scene in the Alabama woods during a season where the state had been experiencing a flea epidemic – no, seriously – I was bitten up and down my shins by fleas. Let me tell you, fleas itch worse than any other bite I’ve ever had. Way worse than the mosquito bites I also got during that same shoot. 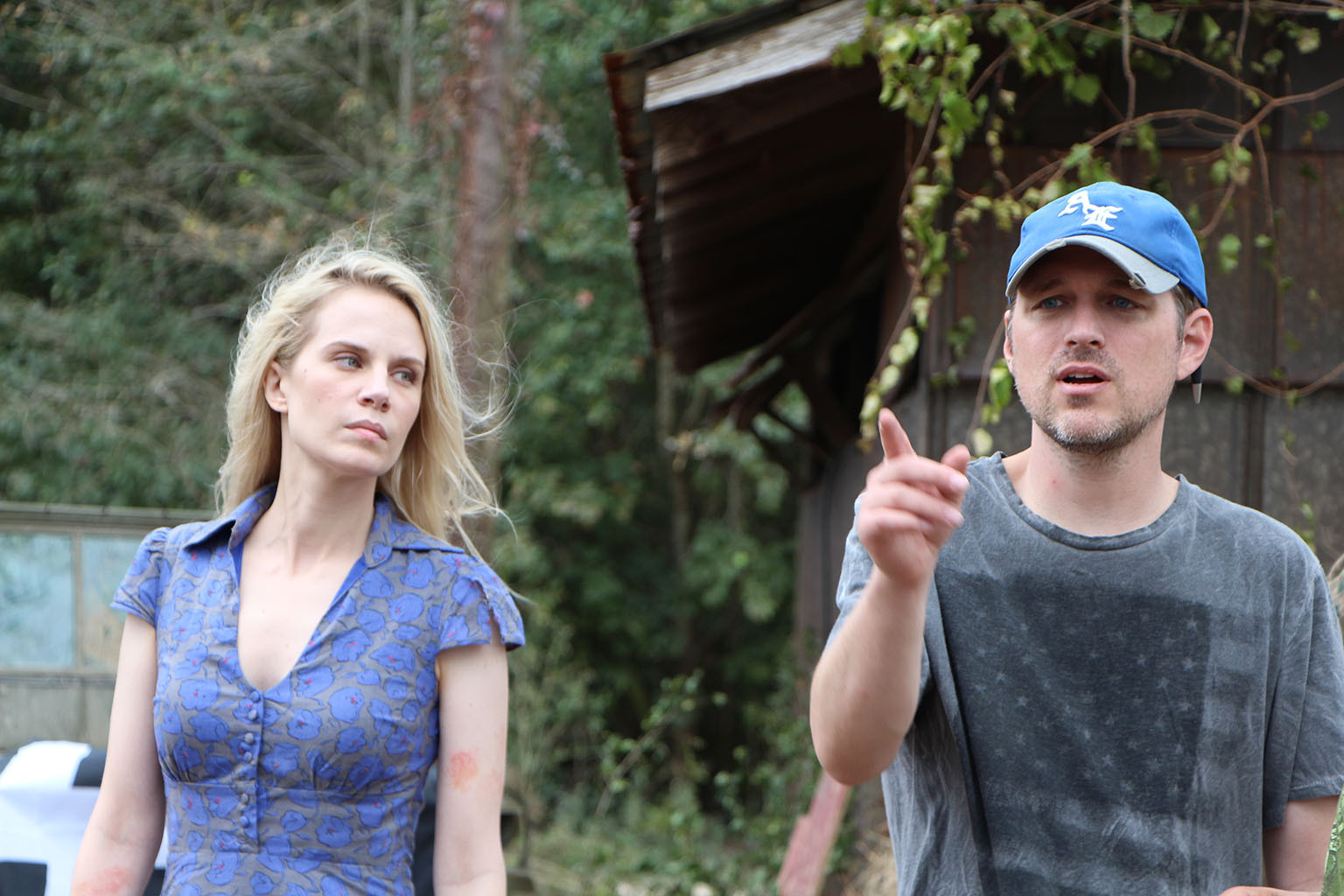 Then there’s the stunts. Big stunts are usually done by stunt doubles, but a lot of actors do their own minor stunts. I grew up playing sports, so I like doing physical things and I’ll admit that it feels kind of bad-ass to tackle Casper Van Dien to the ground. (So this could possibly be on the “Glamorous” list too). But you know, it also kind of hurts sometimes to tackle, hit, push, and struggle with people, even if it is all pretend.

I’ve actually found that usually the non-stunt things are worse than the stunts when it comes to bruises and such. Actual stunts are overseen by a stunt coordinator and are meticulously planned out. Soft, landing pads are hidden out of camera frame and all the possible hazards are explored. It’s the other non-stunt stuff that sometimes gives you the worst bruises, because when you’re acting, you often don’t think about or notice the pain initially. You’re in the moment of the scene, dropping to your knees in anguish… over and over again. Until suddenly emotional anguish turns into, Oh my god, my knees totally hurt for real, can I get some padding over here?

When people who don’t work in the industry visit film sets, they’re often bored. There is a lot of “hurry up and wait.” Independent films move quickly in comparison to big-budget studio films, but there still is a lot of waiting in between camera and lighting setups. I love the acting days that have long conversation scenes between characters, where you really get to sink into a scenario, a feeling, an exchange with another actor. Those are the best days.

But a lot of acting is really technical stuff where you feel a bit like a puppet. Hallie, pick up the cell phone and turn it on. No, rotate it toward camera. Higher, lower. Wait, do it again. And the whole time, I’m thinking, Damn, I should have put more lotion on my hands today. On a bigger budget film, it’s usually not even Brad Pitt’s hand at all though. A second unit team shoots those inserts with a hand double. Now I certainly don’t mind filming the inserts by any means (in some ways I prefer it), but it’s certainly not glamorous. And set visitors get really bored with the repetition of things like that. They show up expecting a sword fight and instead see someone stab a fork into a piece of cake ten times in a row. And with the entire lighting and set up, the cake shot took an hour. 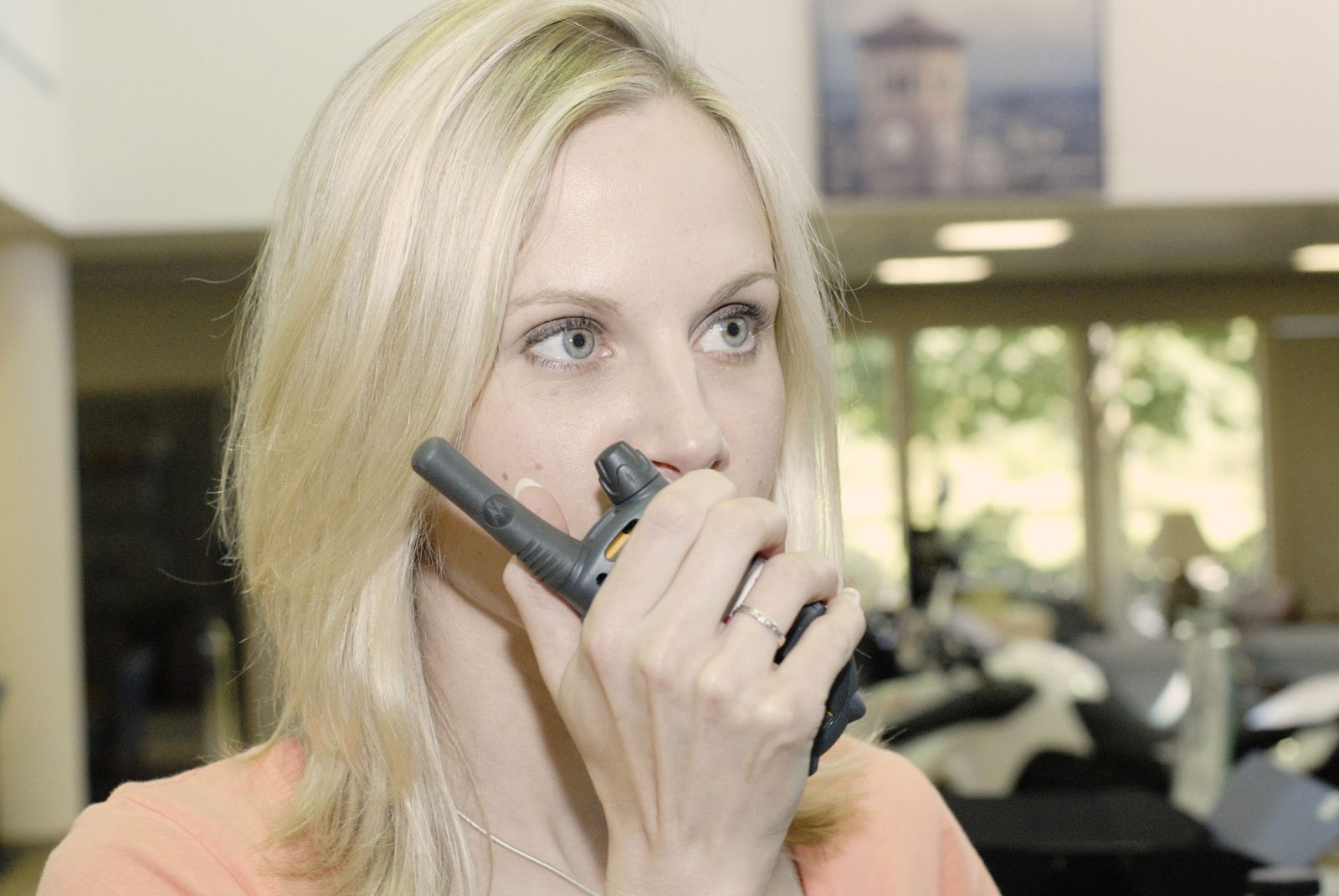 But woe is me, right?

Listen, I ain’t complaining. Not at all. I live for this stuff! I’ve done really interesting things, worked with incredibly talented people, and formed amazing friendships while making movies. So bring on the flea bites and cold night shoots. Because when it comes down to it, making a movie is really just a bunch of passionate, creative, interesting people – cast and crew – getting together to make believe.

And when all is said and done, maybe we’ve given audiences something to believe in too.